What Happens when a College Student gets Charged with a Crime in NJ? 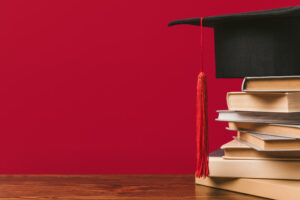 Many look back on college years as glory days. College students are in the throes of enormous growth and change, facing challenges to their minds, bodies, and wills. It can be a time of growth and making fond memories. But it can also be a time of confusion, mistakes, and trouble. College students are known to engage in risky behavior and some end up in the legal system. They often get arrested for disorderly conduct, drugs, theft, DWI/DUI, assault, and sex crimes. So, instead of attending classes and studying, some students are faced with countless hours attending court hearings, performing community service, or sitting in jail. Whether it be a simple mistake, a misunderstanding, a situation blown out of proportion, or just plain false allegations, getting in trouble with the law in New Jersey can have lasting effects.

On top of the penalties that a college student may face for the criminal charges filed against them, students who get arrested can be expelled from school and evicted from campus housing. They can also lose their financial aid. And starting out in life with a criminal record can detour their plans for graduate school or a career as a professional. Many licensed professionals, like lawyers and nurses, must have a clean record to be accepted into a school or receive a license. Moreover, a criminal record follows a student into the employment world, where background checks are not uncommon. It can also prove problematic for other professional aspirations, like security positions or government jobs. A student with a DUI on their motor vehicle abstract may not be eligible for certain positions that require driving or a clear history, like driving a truck or commercial vehicle. And students attending school from other countries may find themselves sent back home for committing a serious crime.

What are the most common criminal charges that college students face in New Jersey?

No doubt, students and young people as a whole often drink at parties, frat houses, and sororities. Perhaps because of being on their own for the first time, many students engage in alcohol and drug-related activities that may have been out of the question while living at their parents’ house. So, students frequently get caught for underage drinking, underage DWI, having an open container in their car, or standard driving under the influence of alcohol or drugs offenses. Though none of these are indictable crimes (a DUI and open container violation are traffic violations), they can still cost time, money, privileges, and opportunity. A DUI stays on your driving record permanently, so you can be denied some jobs. And you may be unable to work if your license is suspended due to a prior DUI. An open container violation is a $200.00 fine but can compound the problems you face when accompanied by DWI charges. Not only DWI/DUI and drug charges are prevalent among college students, but disorderly conduct, assault, and sexual offenses happen frequently too.

Charged with Underage Drinking in College

Also, drinking as a 19 or 20 year old is illegal and a disorderly persons offense. A college student could spend up to six months in jail and pay up to $1,000.00 in fines for getting caught drinking at a party or at a bar with a Fake ID. For a first-time offense, they may get probation and community service, a diversion program, or plea to lesser charges for a municipal ordinance violation to avoid a criminal record, most probably with the help of an attorney. Students should not try to do battle with the prosecutor in municipal court alone as it is easy to be misled by your own lack of knowledge and the prosecutor’s persuasive skills. A criminal defense attorney on our legal team can best advise you, knowing you have a long future ahead and how urgent it is to protect your record.

Arrested for a DWI as a College Student

An aggressive and highly trained DWI attorney can possibly help you beat a DUI. Most students are not aware that a DUI with drugs, whether it be a DUI with marijuana, heroin DUI offense, or driving on prescription drugs, carries equally harsh penalties as a DUI with alcohol. For a typical first DWI offense, a convicted student must pay high fines and annual insurance surcharges, as well as drive with an ignition interlock device preventing them from driving with alcohol in their system. They must also attend educational courses on substance abuse at an Intoxicated Driver Resource Center (IDRC). And if they are out of state, the DWI may affect their driving privileges in New Jersey and in their home state. Moreover, the rental fees for the ignition device, education course, and fines can be thousands of dollars. If the driving under the influence offense involves drugs instead of alcohol, a student stands to lose their license for up to a year. Plus, a DUI may affect the student’s housing, employment, and financial aid.

In addition, an officer arresting a student on a DUI for drugs often finds drugs on the student or in their vehicle. Having illegal drugs, or controlled dangerous substances, such as cocaine, heroin, Adderall, Xanax, or other prescription drugs not prescribed to you, is a serious indictable offense in the vast majority of cases. The penalties for felony drug charges include a prison sentence ranging from a 18 months to ten or twenty years in prison, depending on the circumstances. The penalties for drug charges correspond to the type and amount of drug in an accused person’s possession. Large amounts may indicate the accused sells or otherwise distributes drugs rather than merely uses them. And drug distribution charges are minimally a fourth-degree crime, so a student faces a possible 18-month prison term for the lowest grade crime for distribution. And if they are involved in substantial drug manufacturing or distribution, the crime and penalty is far more serious, with longer incarceration and higher fines. Drug trafficking can compound these issues if anything goes on across state lines, in which case a student with their whole life ahead of them could be looking at federal charges, long-term imprisonment, and financial penalties as high as $150,000.000 to $300,000.00.

But even if a student does not have drugs on them, getting caught with drug paraphernalia is a disorderly persons offense. Having drug paraphernalia is often part of the larger picture of student life. The student culture of partying and dating increases the risk of crimes associated with both.

The combination of drinking, parties, concerts, sporting events, and adrenaline elevate the chances of getting into a fight. Crowded venues with too many people high or drunk can end in fistfights or rowdy behavior that end up in the police station. Mutual fighting is a petty disorderly persons offense for simple assault, or you may be charged with disorderly conduct, which means a student can end up in jail for 30 days and pay $500.00 in fines, a high price to pay for a night out partying. Aggravated assault can lead to indictable felony charges in the fourth, third, or second degree, depending on how injured the victim is and the means of assault.

Accused of Sexual Assault at College

Also, Greek life sometimes draws violent behavior with fraternity initiation rites, frat parties, and sorority events where college students are more likely to either hurt one another or find romance. But college life is fraught with sexual assault, too, when students getting initiated into sexual relationships do not know the parameters of consent. Date rape on campus occurs with more frequency than most would like to acknowledge as well as nonconsensual sexual touching, groping, or indecent exposure. Additionally, sexual assault is a second degree crime resulting in a potential 10-year prison term and a $150,000.00 fine, with a mandatory minimum time they must spend in prison before getting released. And sex with a minor is statutory rape. For sexual assault convictions, the convicted individual must register as a sex offender, which can lead to years of problems thereafter.

Student Charged with a Weapon on or off Campus

Just as serious, gun and weapons crimes can land a student in prison for a long time. From illegally possessing a firearm or weapon to committing assault, drug deals, or other crimes with a weapon, a student stands to lose not only their education, housing, career plans, but their freedom. New Jersey has strict laws about gun ownership, and even if the gun or weapon is not theirs, a college student could end up in prison with a mandatory minimum time they must serve before getting released. And illegally carrying a gun or committing a crime on federal property, like national parks, is even worse. Federal penalties are generally stricter than state penalties.

Charged with a Crime in College in NJ? Get Legal Help Now

Whether you are a college student in trouble for spray painting graffiti, resisting arrest, breaching the peace, or more serious crimes, your college standing, immigration status, and prospects all may depend on you getting the best representation to help you avoid prison and a criminal record. Even traffic violations can hound you for the rest of your life. By explaining what happened to an attorney and having all of the evidence extensively reviewed by defense counsel, you can strategize the best approach to your defense, whether that is to seek a dismissal of your case, negotiate a plea bargain, reduce the charges to a lesser offense, seek probation or entrance into a diversionary programs to avoid prison, or fight the charges at trial. The cost of not hiring a New Jersey criminal defense attorney who has represented college students with great success is higher than you think. To get the help you need today, contact The Tormey Law Firm at (201)-556-1570 for a free consultation.

« Parole or Probation: Key Considerations for Criminal Defendants
Can You Beat a Theft Charge in NJ? »