The Meaning and Advantages of Non-Custodial Sentences 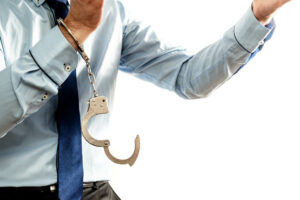 If you get in legal trouble in New Jersey, you are exposed to the fines and penalties written into the criminal laws. As such, if you commit a third degree crime, perhaps eluding police or aggravated assault, you could be sentenced to three to five years in state prison and pay $15,000 in fines. For a second degree crime, such as possessing a weapon for an unlawful purpose, the prison term is anywhere from five to ten years with a $150,000 monetary penalty. Plus, if you commit a first degree crime or second degree crime, the law presumes you go to prison. While offenses ranging from a petty disorderly offense and some traffic offenses, to a first degree indictable crime come with a sentencing range that includes incarceration, a judge has some available bandwidth outside of sentencing an offender to jail or prison. In some cases, the public and the defendant are better off with a non-custodial sentence. However, to overcome the presumption of incarceration for a second or first degree crime, the defendant must show that it would be an injustice to incarcerate them.

What are examples of non-custodial sentences in New Jersey?


Alternatives to a prison or jail term include:

N.J.S.A. 2C:43-2 allows a judge to suspend a defendant’s sentence or sentence them to pay restitution or a fine, probation, incarceration plus probation, community service, community supervision, residential facilities for rehabilitation, and weekend and night jail.

What happens when you get a non-custodial sentence in NJ?

When suspending a sentence or sentencing a defendant to an alternative to incarceration, the court must spell out the terms and conditions of their sentence to ensure compliance. The probation department then implements supervision over the defendant to ensure they fulfill the terms and conditions of their sentence. Some examples of conditions include supporting their family, maintaining employment, and getting medical treatment or psychiatric treatment. A court may further require the defendant to get an education or vocational training, remain local, keep lawful, stay off drugs or alcohol, and go to counseling. Most conditions include obeying a curfew, staying away from unlawful or addicted people, not owning weapons, restricting internet use, paying fines, performing community service, reporting to their probation officer, or staying in a residential community with other probationers.

A judge can also require a sex offender to stay away from the victim or other children, restrict their internet use, submit to periodic surprise computer inspections, and register as a sex offender. And for any crime, a judge may condition probation on the defendant’s paying restitution to a victim. Also, for those sentenced to a term of prison and then probation, the court can condition such probation on the defendant serving maximally 364 days in prison, and, for disorderly persons offenses, no more than 90 days in jail. In addition, those sentenced to both prison/jail and probation who get paroled must be supervised on parole, and when it ends, supervised by the probation department (N.J.S.A. 2C:45-1). Moreover, crimes or offenses involving a vehicle may result in a suspended driver’s license as part or condition of the sentence. Finally, for suspended sentences, the defendant must serve five years on probation or the maximum probation term the court may order, whichever is less (N.J.S.A. 2C:45-2a).

Why are non-custodial sentences better when facing criminal charges?

Judges can mix and match conditions crafted to the individual to meet their and society’s needs, but the whole point of probation is to allow the defendant to live in the community while supervised. In that way, the individual gets to remain a productive individual and the community remains protected by close supervision. It also alleviates prison crowding of those who would be worse off in prison rather than being out in the community and participating as a law-abiding society member. Prison is a harsh reality, cutting you off from family and friends, harming your job prospects, impacting your ability to support your loved ones financially, and leaving you with months or years of missed life that you can never get back. For all of these reasons, a non-custodial can be the most advantageous option for you when dealing with a criminal case.

When is a non-custodial sentence an option?

First-time non-violent offenders may be prime candidates for noncustodial sentences but other individuals too, given the circumstances of the crime. The judge may consider an alternative sentence for a defendant who poses no danger to society, someone with a steady job, perhaps with children, an otherwise upstanding member of the community, or someone who has a drug or alcohol abuse problem but will probably successfully complete a rehabilitation program. A defendant with issues that can be treated and shows promise to remain in society as a functioning independent member is a prime candidate for probation. Some non-violent offenders find themselves violating New Jersey laws based on pure ignorance of the laws in question, whether the case involves the requirements for gun possession or what can be perceived as sex trafficking or drug trafficking within the jurisdiction of this state.

With certain mitigating circumstances, a judge may consider a noncustodial option over jail for the right individuals. However, those with violent crime charges, certain weapons charges, and other severe accusations, may be initially or entirely deemed ineligible. There are mandatory minimum sentences under the Graves Act and No Early Release Act, which require a minimum imposition of a prison term that must be served before becoming eligible for parole. That fact is, there are ways to circumvent the harsh realities of a crime even with a mandatory sentence attached. This type of outcome is virtually impossible to secure on your own, however. You’ll need the help of a highly attuned, frequently challenged, and battle-tested criminal lawyer if you are looking to avoid prison for a crime with a mandatory incarceration term.

Here is an example of a case where our lawyers were about to secure a Probationary Sentence for a Client Convicted of Second Degree Assault Weapon Possession.

Do I need a lawyer to get a non-custodial alternative and stay out of jail in NJ?

Whether you have been arrested for an indictable crime among the range of degrees or a disorderly persons offense, a New Jersey criminal defense attorney can represent your potential as a valuable candidate for a non-custodial sentence to a prosecutor and judge. Hiring the right attorney to deal productively with the prosecutor is crucial. You need a defender who is highly familiar with the court handling your case and one who has spent years in their career defending clients facing criminal charges. A legal professional like this has a major advantage over those who do not know the court rules, practices, prosecutors, and judges.

Talk through your case and noncustodial sentence possibilities with a member of our seasoned defense team at The Tormey Law Firm. For a free consultation, call (201)-556-1570, send us a message, or reach us in an email 24/7.