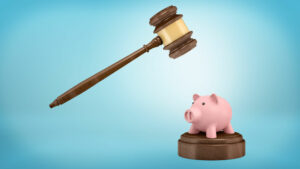 Criminal convictions are costly. As part of their sentence, convicted defendants may pay fines, fees, and restitution, aside from a jail or prison term. For crimes resulting in economic losses to the victim, a court will often order the defendant to pay restitution, as per New Jersey statute N.J.S.A. 2C:43-3. Fines benefit the state, federal or local government prosecuting the crime or offense. Restitution is what the defendant pays to the victim, or if the victim is the state, to the state restitution fund. So, when injured victims incur medical costs, loss of income while out of work, and the costs of restoring any property that was damaged, they may pursue multiple avenues to cover the costs of their losses.

How does Restitution Work in Criminal Sentencing in NJ?

Notably, exceptions exist for crimes, such as tax evasion. The state gets the full payment of taxes plus interest and penalties, and as high as twice the amount owed plus interest and penalties for second or subsequent tax offenses. In addition, the code allows restitution for controlled dangerous substance violations as triple the street value of the drugs or their analogs, using guidelines in N.J.S.2C:44-2. Finally, a court may order any higher amount authorized by other code sections when aggravating factors exist, for example if they make a crime particularly egregious.

Is Restitution the Same as Fines in a Criminal Case?

No. A fine can be imposed in the absence of, or along with, mandatory restitution when a defendant is convicted of criminal charges. Maximum fines for each crime level are set by law. For example, a first degree criminal conviction fine is up to $200,000.00, second degree is up to $150,000.00, a third degree crime fine is up to $15,000.00, and a fourth degree criminal fine is up to $10,000.00. Disorderly persons offense convictions result in up to $1,000.00 and $500.00 for petty disorderly persons offenses. The criteria for fines are outlined in N.J.S.A. 2C:43-3, which allows a judge to sentence a defendant to pay fines in addition to imprisonment when the defendant made financial gains from committing an offense, it will deter future crimes, and the defendant can pay the fine and restitution to the victim.

What Isn’t Covered by Restitution in Criminal Cases?

While a victim may recover their economic losses, they may not claim noneconomic or punitive damages in criminal restitution. A victim must sue the defendant civilly for emotional loss, pain, suffering, and punitive damages for their injuries. And civil judgments can be costly, especially when the plaintiff’s award includes punitive damages, which punish a defendant financially. However, a victim may not duplicate compensation awards. Restitution amounts ordered by the court must figure into and reduce a civil judgment award.

Common Examples of Charges that Result in Restitution Orders

A defendant convicted of theft might theoretically pay twice the amount of the value of the stolen items, according to N.J.S.A. 2C:43-3. However, a defendant who stole the victim’s car worth $30,000.00 is guilty of third degree auto theft and may pay up to $15,000.00 in fines plus a possible restitution amount to compensate the victim for their losses if they had to rent or replace the vehicle or if the car returned damaged. Since the restitution amount cannot be more than the victim’s loss, the probable amount is closer to the value of the stolen car or its damages, plus any reasonable and necessary expenses incurred to recover or replace stolen or damaged property.

But theft is not the only crime for which a judge orders restitution. Aggravated assault involves the infliction of grave bodily harm to another. So, when a defendant knocks a victim unconscious with the butt of a gun while burglarizing the victim’s home, restitution covers losses to the victim. An assault victim may have medical bills for the victim’s recovery. Recovery may require continuing care, lost wages for medical appointments, or inability to work. The injured victim may need home care and accommodations. The victim may need ongoing physical therapy. For aggravated assault victims, the losses may exceed the financial gains of the defendant. Similarly, drunk driving damages to accident victims who experience bodily and property harm often exceed the gains to the defendant.

When does the Court Include Restitution for a Crime?

The victim must provide evidence of the claimed amount of loss or gain. Victims supply proof of their losses to the court, which schedules a restitution hearing, which defendants must attend. When there is a reasonable dispute over restitution or the defendant’s ability to pay, the court can determine the restitution amount in an evidentiary hearing. There, defendants may contest the amounts and evidence presented by the victim. Victims may appear at the hearing, too, with their attorneys and then recover their attorney fees. Reviewing the defendant’s current and future financial outlook, a court must balance the victim’s right to total compensation against the defendant’s ability to pay when arriving at a restitution amount. After reviewing the evidence, a judge orders restitution.

Can You Avoid Having to Pay Restitution or Reduce the Amount in NJ?

A defendant should hire an experienced attorney to contest the victim’s economic loss evidence and present their financial evidence to the judge to set a restitution a defendant can pay. An attorney knows how to best present evidence of a client’s financial resources. At a minimum, an attorney can argue for affordable installment payments. Better yet, an accomplished criminal defense lawyer can investigate all of the evidence and facts of the case to find effective defense strategies that sometimes can be leveraged to get the charges downgraded or dismissed. It it also important to look at all of the defendant’s options to avoid a conviction if possible, such as the Pre-Trial Intervention Program.

If faced with possible restitution based on criminal charges in New Jersey, discuss your case with an experienced criminal defense attorney at The Tormey Law Firm for a run-down on what to expect, what the potential outcomes may mean for you, and what can be done to fight the charges before being convicted of the crime or accepting a plea offer from the state. Contact our attorneys at (201)-556-1570 if you find yourself charged with a crime anywhere in NJ. Individuals and their loved ones turn to our defense team throughout the state when they need knowledgeable and committed defense representation. We offer free consultations anytime you need.