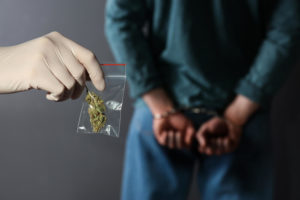 Returning from a shopping trip, party, or visit with a friend in Paramus one night, you were pulled over and arrested for drug possession. Now, you’re scared about what will happen to you. Most likely, you’re worried about your future, whether you’ll go to jail, lose your job, and have a criminal record. You wonder who you should talk to in Paramus to get more information on your case. At The Tormey Law Firm, our highly experienced Paramus drug possession lawyers have been defending clients arrested for possession of heroin, marijuana, cocaine, prescription drugs, Ecstasy, and other controlled dangerous substances (CDS) in Paramus for over a decade. In fact, our office was previously right across the street from the Paramus Municipal Court, where we have been in regular attendance since the very beginning of our criminal defense practice. If you have been charged with drug possession in Paramus, contact us today at (201)-556-1570 or request a free consultation online to get the answers and knowledgeable legal counsel you are seeking.

The borough of Paramus in Bergen County, known by its early Native American inhabitants as wild turkey land, is now the New York suburb of shopping malls and centers. Used as a main trail in the days of George Washington, Paramus Road is now Route 17, lined with retail shops, restaurants and malls, like Bergen Town Center and the Garden State Plaza. However, Paramus, with its 26,613 diverse residents, light industry, four golf courses and historical museums, ranks below average for safety, with crimes like theft, assault, robbery and drug possession.

Though a decent place to live, Paramus neighbors the big city, making it a sure destination for drug traffickers selling common street drugs, like heroin, marijuana, mushrooms, and cocaine, all of which are illegal substances under New Jersey law. Paramus residents are not strangers to cocaine, heroin, marijuana, methamphetamine, and prescription drugs like oxycontin, hydrocodone (Vicodin), and fentanyl. Bergen County alone reported 162 drug deaths in 2019 and 34 in 2020. During routine traffic stops of vehicles with expired plates, suspicious driving, or traffic violations, police often discover drugs in vehicle searches, at homes or among gangs engaging in drug trafficking when someone tips the police to suspicious activity.

If you’re caught with illegal drugs in Paramus or elsewhere in New Jersey, you face possible incarceration and hefty fines. New Jersey classifies crimes by degrees, and possessing a dangerous controlled substance is a third or fourth degree indictable crime, or a disorderly persons offense, depending on the type and amount of the substance. Controlled substances are classified by Schedule (I to V) based on a scale of harm and value, from drugs of little to no medicinal value and high potential for abuse or addiction to over the counter drugs.

Possession of Schedule I drugs, like heroin and LSD; Schedule II drugs, like cocaine, morphine and Fentanyl; Schedule III drugs, like prescription codeine, Vicodin and anabolic steroids; and Schedule IV drugs, like valium, Ambien and Xanax, are typically third degree crimes punishable by three to five years’ incarceration and up to $35,000.00 in fines. Notably, prescription drugs in very small amounts (less than four pills or units) may be charged as fourth degree crimes. If you have Schedule V over the counter substances illegally, you could be jailed up to 18 months for a crime of the fourth degree. Over 50 grams of marijuana or hashish could also land you in jail for 18 months with a fine of up to $25,000.00 on a fourth degree crime, unless you’re a qualified medical marijuana patient.

If charged with a third or fourth degree crime, the prosecutor’s office and your potential indictment by a grand jury in the Bergen County Superior Court will determine whether you’ll be prosecuted for drug possession. A grand jury weighs the prosecutor’s evidence and indicts if there’s enough evidence to support the crimes charged. An indictment gives the prosecutor’s office the go-ahead to try you for drug possession unless you settle by plea bargain, you enroll in a program like Pre-Trial Intervention or Drug Court, or the charges are dismissed prior to trial.

Disorderly persons offenses are tried in the Paramus Municipal Court.

Arrested for Drugs in Paramus, What are my Options?

If it’s your first offense and you’re charged with non-violent drug possession, you may be sentenced to probation, be or drug court. Completing the program, you’ll have to submit to drug testing, strict court oversight and probation rules while you rehabilitate from substance abuse. Other non-violent first offense programs, such as the Pretrial Intervention Program for indictable drug crimes and conditional discharge for minor drug offenses are diversionary programs available in the superior or municipal courts if you’ve never participated in one before. Through these programs, you can get your charges dropped after successful completion.

In addition to diversionary programs and probation, there may be issues with the evidence or violations of your Constitutional rights that can be exploited to achieve a dismissal. A knowledgeable drug defense lawyer can review your case to spot potential defenses that may prove highly valuable with motions to suppress and other motions that can be argued to get your charges dismissed.

Drug possession is a serious charge, regardless of whether you have been charged with a felony drug possession offense or disorderly persons offense. Talk to an experienced Paramus drug defense lawyer at The Tormey Law Firm who can explain your charges and discuss whether you may qualify to get your possession charges reduced, dismissed or diverted. You can reach us anytime at (201)-556-1570, so don’t hesitate to call today for a free consultation.