Buying Weed is Legal in New Jersey, But Where and When?

Marijuana Decriminalization brought the ability to buy marijuana for personal use in NJ. 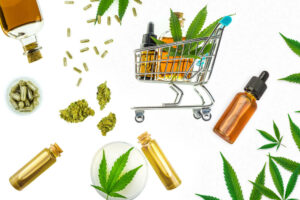 Most New Jersey residents agreed that marijuana should be decriminalized when Governor Murphy signed into law the marijuana decriminalization bill in February of 2021. The law in NJ now permits those over 21 to buy and possess up to six ounces of weed or weed products. It also changes the way police handle minors under suspicion for or found possessing marijuana. Before decriminalization, police who detected marijuana on a person may arrest them for having a controlled dangerous substance (CDS), in the case of marijuana, a Schedule I drug. The legal changes were meant to alleviate arrests and incarceration for adult personal marijuana use, which has not only ruined lives but disproportionately affects people of color.

But it has taken six months for the appointed regulatory body for marijuana decriminalization rules to finally implement the first regulatory scheme for selling marijuana in the state. The Cannabis Regulatory Commission’s first rules determine who sells it and whether existing dispensaries can fulfill the anticipated volume of weed sales. One cause for the delay in rolling out the first rules was the discrepancy between the decriminalization law and one of the regulations. The law allows legal purchase up to six ounces, whereas the regulation allowed up to one ounce. Ironing out that discrepancy and other hurdles, the Commission was able to finalize its regulations.

Determining Where you can Legally Purchase Marijuana in New Jersey

What this means is New Jersey residents will only know when the first dispensaries with weed for sale will open around the end of 2021. The state law requires the Commission to set a date for the open for business signs to go up within six months of solidifying the administrative laws regarding the legal dispensing of marijuana. The rules include health, safety, and equity considerations in licensing dispensaries. They configure how to regulate fair access to all qualified applicants. Next up is the application set-up for those wanting to open retail establishments.

But before applications start coming in, the Commission must survey the supply, demand, and resources for growing and selling weed. The assessment starts with counting the current medical marijuana patients, how much they need, and the anticipated growth of that population. As such, the existing medical marijuana dispensaries may be the first to open their doors once they prove they can fill the demand for medical marijuana patients and the general public. Unlike the new applicants, the existing dispensaries will not have to go through the initial application process establishing a new weed retail business. All dispensaries, however, must prove that they are equipped to meet both medical and recreational local market demands and not forgo the medical market for the recreational. Applicants must reveal their grow, manufacture, and sales capability to meet those demands.

How to Avoid Illegal Activities involving Marijuana in NJ

While the decriminalized weed market takes shape, however, residents must not confuse legal marijuana use with other illegal activities involving marijuana. For example, it is still illegal to drive while under the influence of drugs or alcohol, including marijuana. So, you can be stopped by the police for an illegal U-turn and be arrested for a marijuana DUI, even if you only have fewer than six ounces of marijuana in your possession. And if you are arrested for a DUI, you can expect to see some serious repercussions in your life if your court case results in a guilty finding. DWI penalties in New Jersey include things like attending drug and alcohol prevention classes, and paying fines, insurance surcharges, and rental fees for an Ignition Interlock Device. For drugged driving charges involving marijuana and other types of CDS, license suspensions are also among the consequences.

Additionally, you cannot distribute marijuana. The law decriminalizes personal use, not sales and distribution. The Commission’s regulatory framework establishes who can grow, refine, and sell marijuana to keep it safe and up to the health standards of any other product that is ingested or inhaled. The state might reasonably want to know that marijuana for sale is not going to harm anyone with harmful chemicals, like insecticides, or is not cut with other drugs, as may be the case when marijuana is sold illegally. As such, only designated and approved retail businesses may distribute cannabis and cannabis products. Getting caught with over six ounces of marijuana or growing more than 12 plants may suggest that you are selling or otherwise distributing weed. Distributing CDS will get you anywhere from 18 months to decades in prison, depending on the quantity of marijuana. And distributing drugs in or near a school zone is a third degree crime with a potential five years in prison and a $15,000.00 fine. The new laws do change the existing distribution prohibitions. Moreover, charges for maintaining or operating a drug production facility can entail extensive harsh consequences, all because you had some marijuana plants in your home, back yard, or another location.

Moreover, the decriminalization law does not allow minors to consume marijuana and marijuana products, so juveniles can still violate the law and suffer the consequences. The new laws require an initial warning to the juvenile under 21 years old. The second offense results in notification to their parents, and the third offense ends in a referral to a drug treatment program. Although the provisions regarding underage users are popular, the police and their advocates criticize one of the three decriminalization law provisions that punishes police officers for stopping minors for suspicion of weed when they smell it on them. The criticism is that such a provision ties the hands of law enforcement. Minors cannot legally possess weed, but police officers cannot arrest them for consuming the drug unless it is out in the open or witnessed by the police. That hampers police work, according to critics.

You can Still face Consequences for Breaking the Law

The spirit of the law is to stem the flood of minor marijuana offenses in the legal system. Presumably, fewer drug arrests mean more court time and prison space for offenders of greater threat to the safety of and cost to society, like drug dealers, drug traffickers, and violent offenders. So, while the Commission sorts out the lengthy administrative process of the how and where of legal marijuana sales, New Jersey residents must not be lulled into believing that other laws concerning marijuana are now not taken as seriously. Marijuana is still a Schedule I drug that the Drug Enforcement Administration and the federal government have not decriminalized. Federal laws regarding drug law violations are stricter than state laws. So, even though you are in a state that decriminalizes marijuana, you can still be thrown in jail for possessing the state legal limit on federal property.

In sum, you can still be arrested, charged, and found guilty of a host of marijuana-related crimes. Your life can still be affected for years, maybe permanently. You cannot expunge a DUI from your record, which means the arrest, charge, and conviction, though only a traffic violation, can hinder your career or job plans. Some employers may not hire someone with a DUI on their driving record, and not only for commercial driver’s licenses and other driving jobs either. Drug distribution and cultivation is equally frowned upon by many. For example, if an employer has the choice of two equally viable candidates for a job, they may choose the one without the criminal conviction on their record. Unfortunately, though some sentiments have changed, a wrong impression by someone evaluating you as a candidate can cost you major opportunities in your life.

Talk to a Criminal Lawyer about Your Marijuana Related Questions

For your present and future opportunities, do not get caught violating New Jersey’s drug and marijuana laws. And if you do, hire a good attorney to protect your rights and walk you through the arrest, pre-indictment, indictment, trial preparation, trial, and appeal, if applicable. Find out what a criminal defense attorney familiar with the new and old marijuana laws has to say to you about your arrest and charges. You may be surprised to know that they have strategies for your defense that may reduce or eliminate your charges. At The Tormey Law Firm, our criminal defense lawyers have been fighting marijuana charges in courts across New Jersey for many years. No matter what charge you face, we stay abreast of all of the legal developments on marijuana laws in the state and constantly hone our defense strategies to deliver the best results for our clients.

To speak to a criminal attorney about your marijuana questions, contact us at (201)-556-1570 for a free consultation.