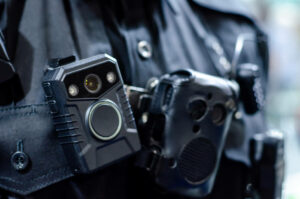 Driving on the nation’s roadways is not a right but a privilege. You have a license to allow you to legally navigate the highways and streets of any city, provided that you follow the road rules, city ordinances, traffic laws, and criminal laws. In enforcing the criminal and motor vehicle code of New Jersey, the police may stop you from violating laws that you implicitly agree to follow in holding and using a driver’s license. Additionally, if the police stop you, they have the right to ask you for your driver’s license, registration, and proof of insurance. If they find you do not have proof of legally operating, owning, and insuring a vehicle, they may detain you for further investigation. They may ticket you or, in some cases, arrest you depending on what happens next.

At police detentions, drivers may be identified by police computer searches that reveal if someone is driving on a suspended license or have arrest warrants for outstanding traffic tickets, crimes, or failures to appear in court. Upon arresting you, the police may conduct a search of your vehicle and person for weapons to protect themselves. If they find illegal drugs or weapons, a simple arrest for a suspended driver’s license can turn into criminal charges and potential prison time if convicted.

When can Police ask a Passenger in a Vehicle for their Driver’s License in NJ?

The majority of the time, passengers in a vehicle do not have to provide proof of their driver’s license or any identification unless the police have tangible proof of their involvement with a crime. There are some special circumstances where this is allowed. In a recent case published by the New Jersey Appellate Court on September 21, 2021, the court ruled that when a driver is arrested during a routine vehicle stop, the police may ask a passenger for their driver’s license if the passenger intends to drive the vehicle. They may not, however, ask the passenger for other identification once the passenger answered that they did not have a driver’s license. Since the constitution’s Fourth Amendment affords the people of the United States to be free of unreasonable searches and seizures, and guarantees them due process, the police cannot unreasonably detain, search, and seize evidence from a passenger without probable cause that a crime is in progress or evidence of a crime exists within the control of the passenger.

In New Jersey v. Boston, the facts of the case permitted the court to rule as it did. According to the trial court transcripts, the police looked up the plates of the vehicle Boston’s wife was driving and found the registered owner had a suspended license and an outstanding warrant. When they pulled over the investigated vehicle, they found Boston, the passenger; his wife, the driver; and their three children in the car. They arrested the driver and asked passenger Boston if he had a driver’s license, giving him the option to drive the car and the kids home. When he responded that he did not, the police asked him for other identification, which he provided. Running his state identification card, they found that he too had a suspended license and an outstanding warrant. Upon his arrest and body search, they found cocaine on his person. You can learn more about Criminal Possession Law in New Jersey by clicking the link.

Motion to Suppress Evidence found on a Passenger

At trial, Boston’s attorney filed a motion to suppress the introduction of the cocaine evidence on the grounds that the police arrest was illegal after further pressing Boston for identification after he denied having a driver’s license. The motion was denied. At the trial, clarifying evidence came to light when the prosecutor introduced body cam footage of the stop. In the video, an officer clearly asks passenger Boston for his driver’s license, who says he does not have one. The officer then asks for other identification. The body cam evidence contradicted the testimony the officers gave at the suppression hearing, which is why it is so important for criminal defense attorneys to check body cams against police testimony. In Boston’s case, the court agreed that the cocaine evidence should have been thrown out due to Boston’s improper arrest. The Appellate court reversed his conviction.

After tracing the line of cases leading to the one before them, the Appellate Court distinguished Boston’s situation with prior stops where police were justified in asking for further identification from a passenger and those where they were not. In considering the circumstances, weighing the potential criminal activity against the extent of police intrusion, the court determined that the officers acted reasonably in looking up the plates, arresting the driver, and asking the passenger for a driver’s license. Once the driver denied having one, the questioning should have ended, given the purpose for the question. The police had reason to ask the passenger for their license because the children and the car needed to be either towed or driven away from the scene. Without a license, the officers could not allow the passenger to drive the children away from the scene.

Since each determination depends on the facts of the case, there is no one-size-fits-all when it comes to police stops, the Fourth Amendment, reasonable police investigations, and passengers during a stop or detention.

The distinction between types of stops is the ability of the passenger to refuse to provide identification when asked. A general stop may consist of friendly questions to an individual who the police do not suspect of criminal activity. The individual has the right to refuse to answer any question. On the other hand, an investigatory stop, known as a Terry stop, involves police suspicion of criminal acts. Thus, the driver during an investigatory vehicle stop may be subject to briefly detaining the car, the driver, and any passengers inside. It may also involve a “pat down” of the driver to ensure the officer’s safety.

Since the passenger is likewise in the vehicle, they too may be asked to answer questions. However, unless the passenger displays suspicious behavior, appears with criminal evidence in plain view, or otherwise indicates engagement in criminal conduct, the police have no reason to require them to submit to an investigation beyond what is reasonable under the circumstances. Essentially, the police cannot require a passenger whom they do not suspect of wrongdoing to produce identification. The passenger has an expectation of privacy, despite being detained with the driver, and the police intrude upon that privacy by improperly asking for identification.

Arrested? What to do if you Believe Police Violated Your Rights as the Occupant of a Vehicle in NJ

In the realm of passenger questioning, detentions, and possible arrests in New Jersey, the implications for defendants and criminal defense lawyers are manifold and complex. Police must not infringe on the privacy expectations protected under the Constitution and must act reasonably based on the circumstances during a vehicle stop. Be sure you speak with an experienced criminal defense attorney if the police arrested you during a traffic stop. You won’t know whether your rights were violated, what evidence may have been unlawfully obtained, or what types of defenses may be used to beat your criminal charges without first having your case individually analyzed based on the facts.

At The Tormey Law Firm, our criminal lawyers defend clients charged with all kinds of criminal and motor vehicle offenses in courts throughout New Jersey, including in Bergen County, Essex County, Passaic County, Morris County, Somerset County, and other counties statewide. If you need assistance with criminal defense in NJ, contact (201)-556-1570 for a free initial consultation.

« Mental Health as a Factor when You or a Loved One is Charged with a Crime in New Jersey
Can You Refuse to do a Field Sobriety Test in NJ? »