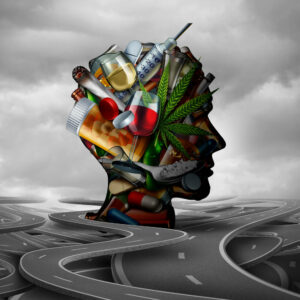 The long-awaited rollout for recreational marijuana in New Jersey has begun with preliminary rules and regulations about who can dispense cannabis products and licensing requirements. By 2022, retailers will be open for business so more buyers can purchase cannabis products. With the advent of marijuana sales, legal experts expect a considerable rise in DUI’s, not only for New Jersey residents but for neighboring state visitors whose hometown laws still outlaw recreational marijuana. In New Jersey, DUI charges for marijuana impairment end in unfortunate consequences for the driver, with considerable fines, fees, and restrictions. An impaired driver can end up in jail. For a first offense, a marijuana DWI results in fines, surcharges, driver’s license suspension, a potential 30-day jail sentence, and up to two days in an Intoxicated Driver Resource Center. For multiple offenses, a driver could go to jail for up to 90 days to six months. And because it is a traffic offense, the DWI is a permanent blemish on a driver’s record.

How do they Try to Prove Stoned Driving in New Jersey?

In the absence of blood marijuana content readers, like breathalyzers for blood alcohol concentration (BAC) measurement, a driver suspected of driving while marijuana impaired is typically evaluated by a Drug Recognition Expert (DRE) who can supposedly tell if a person is driving under the influence of a drug. For example, they may look at a person’s eyes, demeanor, bodily movements, and speech to determine if they are high on marijuana. The prosecutor may then use the evaluation of the DRE as evidence against a driver charged with a DWI. For example, a prosecutor may present the DRE’s evidence in reports or testimony. In addition, they may prove a DWI from an arresting officer’s testimony about the behavior and description of the driver’s driving and other conduct—both forms of testimony attempt to convince a judge that the defendant drove under the influence of drugs.

DRE Testing to Prosecute Drug DUI Offenses has been Called into Question, What will Happen Next?

But now, the Supreme Court is entertaining a challenge to the validity of a DRE’s identification of drivers impaired on marijuana and whether their findings should be admissible at a DWI trial. The general criticism of the DRE’s evaluation evidence is that it is not objective, say, like a breathalyzer. And at trial, defense attorneys often cast doubt on the DRE’s assessment methods and conclusion, rendering the evidence vulnerable to being discredited. The Special Master of the Supreme Court is now hearing evidence on the use of DRE’s to advise the court of their findings. Specifically, the Special Master examines the scientific validity of the DRE’s process of establishing impairment as defined by prior Supreme Court case law, which established the scientific reliability criteria. The Supreme Court will decide on the admissibility of DRE protocols for establishing DWI impairment.

The Special Master is currently reviewing what the DRE does to make their determination. As a police officer with specialized training in identifying the signs of drug-induced characteristics and behavior, the DRE checks a suspect’s pulse, tests their mental acuity, and examines their eyes and muscle tone. They may scan the body for signs of injections too. As such, the determination of whether a person can safely drive a motor vehicle on public roadways is up to one person’s opinion. So far, states with recreational marijuana privileges do not have a reliable objective standard to measure impairment thresholds equivalent to the .08% blood alcohol level measurement for alcohol impairment. In addition, the effect of THC levels on the body varies from product to product and person to person. Presently, there is no applicable standard for everyone.

If Existing Marijuana Tests are Insufficient, What Evidence will be used to Convict?

Even if the Supreme Court deems the DRE methodology scientifically unreliable and often contradictory, the question remains as to what replaces the DRE evidence in DWI drug cases. Two possibilities are that the Supreme Court tasks the Attorney General’s office to find another method for determination or, at least, standardize the DRE assessment methods. Another possibility is to forego DRE evidence at trial for police officer testimony. A police officer often uses their observations as evidence that someone is driving recklessly or under the influence of a substance that impairs speech, eye movement, reflexes, odors, and other indications that a driver may be driving unsafely.

The court’s ruling may or may not be significant for individuals charged with drug DUI’s. If the court confirms the DRE protocol is valid, nothing changes. A DWI defense attorney can still cross-examine and cast doubt on the testimony, process, method, questioning, and results of a DRE evaluation. Similarly, a good DUI Lawyer can question a police officer’s observations and ability, and experience in evaluating marijuana impairment as distinct from fatigue, sleeplessness, or medical conditions. And if the court invalidates the DRE assessment, those convicted on DRE evidence may have cause for appeal.

Whichever way the court decides, those charged with a DUI by drugs need an attorney to challenge the prosecutor’s evidence, whether DRE reports and testimony or arresting police officer reports and testimony. Skilled drunk and drugged driving defense attorneys can challenge and defeat the prosecutor’s case more easily than a DUI for alcohol because an individual’s observations and judgments are fallible and subjective. And a highly equipped DWI lawyer can still challenge the breathalyzer reading and the device’s reliability, however. In addition, they may raise questions as to a defendant’s actual versus assumed ability to operate a vehicle safely. But absent that hard evidence of the driving disability threshold, drug DWI’s can be more successfully challenged; after all, the prosecutor must convince a judge beyond a reasonable doubt that the charged individual was impaired. Again, a skilled attorney can raise doubt, which is paramount in successfully beating a DWI charge of any kind.

Consulting with a DWI defense attorney, an accused defendant can design a DWI defense strategy based on what occurred. For instance, an accused may report that the officer stopped their vehicle without probable cause. If the stop is illegal, so too is the evidence obtained from the stop. In that case, a driving under the influence lawyer can move the court to dismiss the charges after filing a motion to suppress the illegal evidence from being admitted into evidence. In other words, a defendant does not know what their defenses are until they talk to an attorney who knows how to defend DWI cases. If you have been charged with a DUI anywhere in New Jersey, contact The Tormey Law Firm for a free consultation, answers, advice, and an advocate who will go to battle for you. 24/7 free consultations are available at (201)-556-1570 or by sending us a message for further guidance.

« Can You Refuse to do a Field Sobriety Test in NJ?
Charged with a Crime from a Hit and Run in NJ »