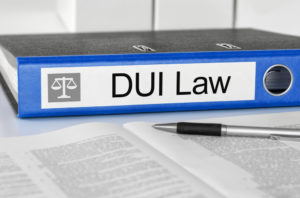 New Jersey law prohibits driving under the influence of more substances than just alcohol. In fact, you can be arrested for driving under the influence of any legal or illegal drug if the drug causes impairment while you’re operating a vehicle. New Jersey police officers arrest thousands of drivers on DUI charges involving drugs every year, regardless of whether those drivers were on a “hard” drug like heroin or whether they were just driving poorly after taking too much of a regularly-prescribed medication like Xanax. Since there is no valid breath test for marijuana or other drugs and few precise ways to confirm the exact amount of a drug in your system, when you took it, and whether it adversely affected your ability to drive, New Jersey police officers often call upon Drug Recognition Experts (DRE’s) to substantiate charges for driving under the influence of drugs (DUI) when arresting someone.

In New Jersey, the reliability of DRE tests has recently come under fire in the DUI case State v. Olenowski. This case tasks the court with determining whether specially-trained officers known as Drug Recognition Experts (“DREs”) can present scientific testimony in court about whether a driver was too impaired by a substance to drive, constituting a violation of New Jersey’s DUI law.

At The Tormey Law Firm, our highly skilled team of attorneys stay on top of all legal developments and precedential cases related to criminal and DUI law in New Jersey that may affect our clients. As a dedicated group of criminal and DUI defense lawyers, we know that cases like State v. Olenowksi could provide us with additional arguments that we can use when formulating your best defense. If you are charged with DUI in New Jersey, call us to discuss the case and find out the nuances that may be called into question to get your charge dismissed. We provide free consultations 24/7. Get more information today by calling (201)-556-1570 or contacting us online.

Use of DREs for New Jersey Drugged Driving DUI Cases

Drug DWI prosecutions are different from alcohol prosecutions because there is no simple “breathalyzer” test for drugs that can tell an officer exactly when you’ve had too much of the drug to drive safely, unlike the simple .08 BAC limit for alcohol. Without a hard limit or test to rely on, state prosecutors often call specialized officers known as DREs to the witness stand to provide expert testimony on the significance of the symptoms you were displaying at the time the police stopped and examined you. DREs will typically link those symptoms to an opinion on whether you were too impaired to drive at the time of your arrest.

This DRE testimony will often be the most persuasive evidence offered at trial. In many cases, convictions can literally hinge on the DRE testimony. That said, state prosecutors typically decline to present DREs as scientists or their testimony as scientific. Instead, they typically rely on the officer’s specialized training and experience to qualify them as expert witnesses. A recent case involving Drug Recognition Experts may change all of that.

As mentioned previously, there is a recently decided case that could have a tremendous impact on drugged driving prosecutions throughout New Jersey. The New Jersey Supreme Court recently heard an appeal from the drugged driving conviction of a New Jersey man in State v. Olenowksi. Mr. Olenowksi was actually arrested twice in the same year on charges for DUI. He was ultimately convicted in municipal court for driving under the combined influence of alcohol and drugs, and the trial court in his case allowed a DRE to testify that he was showing symptoms consistent with drug impairment. This testimony likely contributed to his conviction for DUI.

The defendant argued on appeal to the New Jersey Supreme Court that the testimony offered by the DRE was scientific in nature, and thus must satisfy the requirements outlined in a United States Supreme Court called Frye v. U.S. to be admissible. In Frye, the U.S. Supreme Court stated that for a witness to be qualified as a scientific expert, the prosecution must establish that the subject of the witness’s scientific testimony must have gained general acceptance in the scientific community.

In Olenowksi, the defendant argued that the testimony of the DRE in the defendant’s prosecution was scientific in nature and must therefore qualify as generally accepted in the scientific community under Frye before it could be used against him. The New Jersey Supreme Court concluded the Frye standard applied to DRE testimony and sent the case back to a judicial officer to determine whether DRE testimony is generally accepted in the scientific community. Ultimately, the decision in this case could spell significant implications for those arrested for driving on drugs in New Jersey.

Olenowski could have a significant impact on how drugged DWI cases are prosecuted throughout New Jersey. If the judicial officer to whom the case is now assigned determines that DRE testimony is not sufficiently grounded in scientific evidence to be admissible under Frye, state prosecutors could lose one of their most effective tools for proving that someone has had too much of a drug to safely drive a motor vehicle. They could also lose the ability to provide evidence of the type of drug that a defendant is on in cases without a blood test or urine sample from the defendant.

There are some arguments in favor of DRE testimony. For example, some argue that it is generally accepted in the scientific community given that the twelve-step drug evaluation program they perform was developed in consultation with medical doctors. However, specific scientific methods to determine the reliability of drug recognition exams have not been available as of yet. If DRE testimony is excluded as lacking scientific support, prosecutors could attempt to introduce the expert testimony not as scientific but instead, rooted in specialized training. This is the approach that prosecutors use when calling for DRE testimony in many states outside of New Jersey.

Can You Win a Driving on Drugs Case in NJ?

The good news is, there are many ways to challenge DUI charges for driving under the influence of drugs and these cases are often based on thin, subjective assessments of law enforcement. Our seasoned New Jersey DUI defense attorneys at The Tormey Law Firm can assess your individual case to determine the best ways to beat your charges. Contact us at (201)-556-1570 if you need a lawyer who can fight your DUI case in New Jersey.