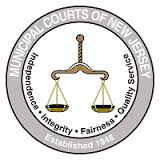 The Municipal Court System in New Jersey may soon have a significant overhaul, if a Supreme Court Committee has its way. After assembling a 31-member group in March of 2017, the committee recently issued a report recommending a series of changes to the way municipal courts operate throughout New Jersey and the heavy fines and fees imposed on low-level criminal and traffic offenders.

Have a Municipal Court Case in New Jersey?

If you have an upcoming case in Municipal Court in New Jersey, the experienced criminal defense lawyers at The Tormey Law Firm are here to help. Call 201-556-1570 for a free consultation with an attorney who can answer all of your questions. For more information about the potential reforms to the NJ Municipal Court system, read on.

Municipal Courts in New Jersey are responsible for the adjudication of traffic offenses such as DWI, disorderly persons offenses such as marijuana possession less than 50 grams, municipal ordinance violations, and parking tickets issued within their jurisdictions. Currently, there are 515 municipal courts in municipalities throughout the state. Taken together, these courts handle approximately 6 million cases each year, encompassing a vast array of criminal and motor vehicle charges. With cases including domestic violence simple assault, possession of drug paraphernalia, driving under the influence, and driving with a suspended license heard in NJ municipal courts, the results of these cases spell significant implications for defendants and the State’s bottom line. In fact, Supreme Court’s recent report noted that municipal courts in New Jersey generated over $400 million in 2017 alone.

After reviewing the policies and procedures, fines and fees governing municipal courts in New Jersey now, the Supreme Court Committee issued 49 recommendations for reforms that address many of the system’s current problems. Some of the key recommendations are as follows:

The primary concern of the report is to encourage the State to enact changes that do not allow municipal court administration to prioritize money over justice. Lawmakers and New Jersey Governor Phil Murphy have indicated they will be reviewing the report in the coming weeks. Thus far, the NJ Supreme Court had enacted new rules, which take effect on September 1st, that prevent judges from levying exorbitant monetary sanctions on people who failure to appear in municipal court. What else comes from the Supreme Court Committee’s Review of Municipal Court Practices remains to be seen.

Until something else changes, the municipal courts in New Jersey have extreme power to issue punishments that can be devastating to defendants financially, personally, and professionally. Even if the state moves forward with implementing lower fines and fees, people still face serious penalties for criminal misdemeanors, drunk driving charges, and other summonses handled in municipal court. For instance, a disorderly conduct charge can land you in jail for up to 30 days and leave you with a criminal record that impedes your ability to secure a job or other future opportunities for education, employment, and more. Additionally, a first DWI offenses exposes you to mandatory license suspension for between 3 months and 1 year, up to 30 days in jail, motor vehicle surcharges, insurance spikes, and further consequences that are damaging for months if not years to come.

If you are required to appear in municipal court for a criminal or DWI charge in New Jersey, you should enlist an experienced criminal defense lawyer who knows how the municipal court system works and can fight for the best possible outcome. The attorneys at The Tormey Law Firm have successfully resolved thousands of cases in municipal courts in Hackensack, Teaneck, Fort Lee, East Rutherford, Mahwah, Paramus, Newark, Morristown, Jersey City, and communities throughout New Jersey. To find out how we can defend your case and help you minimize or avoid the consequences of a conviction, contact us anytime at (201)-556-1570 for a free consultation. Our phones are answered 24 hours a day, 7 days a week so an experienced NJ municipal court defense lawyer is available to discuss your charges now.