As of April 2021, New Jersey’s Attorney General Grewal has directed prosecutors to waive the mandatory sentencing of convicted defendants who have committed certain non-violent drug crimes, such as leading a narcotics traffic ring, owning or operating a CDS manufacturing facility, employing a juvenile in a drug distribution enterprise, as well as dispensing or possessing drugs within 1,000 feet of a school, distributing drugs to minors, and making, dispensing or owning controlled dangerous substances. This applies to those currently charged and those serving mandatory minimum sentences for the six eligible drug offenses included under the directive. 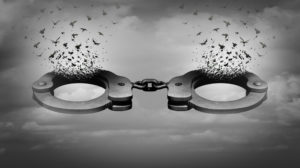 New Jersey law requires mandatory minimum sentences for certain crimes, obligating a convicted felon in one of these cases to serve a minimum time in prison before reaching parole eligibility. These apply primarily to violent crimes, drug crimes, or gun crimes. many of which are designated under the No Early Release Act (NERA) and the Graves Act, as well as those subject to sentencing under N.J.S.A. 2C:35-12.

The Usual when it Comes to a Criminal Sentence

Ordinarily, prisoners serve one third or even less of their sentence before becoming eligible for parole, which means eligible to be released from prison if the parole board approves the prisoner request to be released on parole terms. Parole officers monitor parolees as they integrate back into society, taking specific steps laid out for them toward that effort.

Prisoners are generally able to shorten their prison sentences by working in prison and for good behavior as an inmate. Work time and good behavior credits, along with previous jail credits earned while the case was ongoing, can pare down a 10-year sentence to 3.5 or 5 years, unless the sentence falls under the state’s harsh rules about mandatory minimums. For instance, NERA disallows prisoners from early releases on credits. They must serve most of their sentence, specifically 85% of the full sentence, before they are eligible for parole. Under NERA, which covers violent crimes that maim or kill someone, like aggravated assault, homicide, and aggravated sexual assault, you must serve most of your sentence if convicted. The Graves Act is similarly harsh when it comes to charges for firearms. Nevertheless, a criminal lawyer with experience can often employ a slew of strategies to deal with the enhanced consequences in play in these cases.

In addition, crimes such as leading a narcotics trafficking ring (N.J.S.A. 2C:35-3), maintaining or operating a controlled dangerous substance (CDS) production facility (N.J.S.A. 2C:35-4), having a juvenile work in a drug distribution enterprise (N.J.S.A. 2C:35-6), selling or dispensing CDS to minors, and making, selling, and dispensing certain drugs, particularly near a school (N.J.S.A. 2C: 35-7), have been subject to mandatory minimums. While running a CDS manufacturing plant violation comes with a mandatory one-third to one-half sentence completion, heading up a narcotics trafficking ring comes with a mandatory 25 years of a life sentence before becoming eligible for parole. However, mandatory minimum portions of the sentences can be waived by negotiated agreement between the prosecutor and defense, called section 12 waivers. The Brimage Guidelines, issued by the Attorney General in New Jersey, ensure that the prosecutor’s discretion is exercised uniformly when agreeing to shorten the mandatory minimums in a plea deal.

Historically, a prosecutor had discretion to waive the mandatory minimums in accordance with the details of Brimage. Moreover, a prosecutor may request, upon presentation of evidence, that the judge give even longer sentences for six drug-related crimes if the defendant has prior drug possession, manufacture, and sales convictions. Across the board, the judge looks at all of the facts of a defendant’s case. For example, a school zone drug violation sentence may be shortened if a judge looks at the defendant’s circumstances, whether they have a clean criminal record or school was not in session during the commission of the crime, and determines that the mandatory minimum should be waived.

Many advocacy groups, legislators, and Governor Murphy have long objected to these harsh sentences for drug offenses, and recent changes to sentencing practices reflect movement toward eliminating mandatory minimums for non-violent drug crimes.

Prosecutors in New Jersey have now received direction from the State’s Attorney General to waive the mandatory minimum prison terms for the following drug crimes:

In addition, the Attorney General’s directive requires prosecutors to support inmate requests to modify their sentences in compliance with the new directive. In this way, non-violent drug offenders imprisoned under mandatory minimum sentencing rules may apply to have the judge and prosecutor waive the mandatory minimum retroactively. As a result, inmates can be released if their application is approved, unless a prosecutor shows the judge by clear and convincing evidence why specific cases should not benefit from this new directive or should have extended parole ineligibility, given the crime, history of the individual, and danger posed to the community. Since roughly 2,000 inmates are now eligible to apply for their sentences to be modified according to the new directive, the process for administering all the applications is quickly falling into place.

In addition, Governor Murphy recently vetoed a bill that would have accomplished the same thing as the Attorney General’s directive by eliminating these types of sentencing rules for non-violent drug offenders as a matter of law. However, the governor disagreed with the bill’s elimination of mandatory minimums for political officials who abuse their office, offering a vigorous critique on public corruption and instances of official misconduct. A new bill that is virtually the same as the vetoed one has been introduced and justified on the same grounds as the Attorney General directive, that these harsh sentences grossly affect black and brown people convicted in the justice system. The new bill’s destiny will be decided in the months to come.

Can You Benefit from the Waiver of Mandatory Minimums for Non-Violent Drug Offenses in New Jersey? Talk to a Lawyer Now

If you or someone you know is eligible to apply for a sentence adjustment, including parole eligibility, contact a criminal defense attorney at The Tormey Law Firm to talk through your case and your options. We can also help with providing the most vigorous defense against drug charges if you or a loved one who has been arrested anywhere in New Jersey. With an established track record of success handling drug cases ranging from heavy first degree crimes, to minimal municipal infractions, our defense team is poised to assist you with getting the best deal, beating the charges with an effective defense, making sure you can take advantage of every option available such as Pre-Trial Intervention or Drug Court, and challenging a prosecutor’s presentation of evidence at trial.

Our talented criminal defense lawyers are just a phone call away to provide you with a free consultation about your drug case. Do not let your rights be disregarded. Contact us at (201)-556-1570 today.