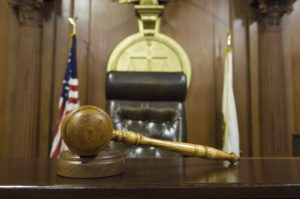 If you are arrested and charged with an indictable offense (a felony) in New Jersey, your first appearance is known as Central Judicial Processing, or CJP Court for short. This hearing is the first time you will appear before a judge to hear the charges against you and it is a critical step in the process of your criminal case.

If you or a loved one has an upcoming appearance for Central Judicial Processing in New Jersey, do not risk going to court alone. Contact the experienced New Jersey criminal defense attorneys at The Tormey Law Firm to ensure your rights are protected. You can reach us anytime at 201-556-1570 for additional information about CJP hearings and how NJ law applies to your specific criminal charges.

You will have Central Judicial Processing court if you have been charged with a first degree, second degree, third degree, or fourth degree crime. At your CJP hearing, the judge will read the charges, review your bail, and the prosecutor will provide initial discovery (some of the evidence against you) to your attorney. A determination will also be made about where your case will be adjudicated, in Municipal Court or Superior Court. Specifically, your charges will either be downgraded and remanded to the lower court or presented to a grand jury for indictment.

Depending on the circumstances of your specific case and the degree of the charges you’re facing, there may be a possibility that your charges will be downgraded at your CJP hearing. Typically, downgrading charges occurs when the defendant is charged with a non-violent offense that is either a fourth degree or third degree crime. However, an experienced criminal defense lawyer can play a vital role in convincing the prosecutor to downgrade your charges at your CJP court appearance.

What does Downgrading Charges Mean?

When a matter is downgraded, it means that the charges are reduced from indictable to a lower-level disorderly persons offense that is handled in the Municipal Court, as opposed to the Superior Court. In order to proceed with a felony case, the prosecutor must present the case to a grand jury for indictment. If the grand jury indicts and a person is ultimately convicted, they may face imprisonment in New Jersey State Prison. On the other hand, when a charge is downgraded, a defendant is able to avoid indictment, the charges are reduced, and the penalties associated with a conviction are lessened accordingly. If your charges are downgraded, the case will be remanded (sent down) to the Municipal Court in the municipality where the charges were filed.

What’s the Process after CJP Court?

If your charges are downgraded, your next court appearance will be in Municipal Court. Alternatively, if the prosecutor decides to pursue an indictment, your case will be presented to a grand jury. Prior to the grand jury, you will have a Pre-Indictment Conference (PIC), where the prosecutor will provide limited discovery to your attorney and typically present an initial plea offer. This is another crucial step in the criminal process where an experienced criminal lawyer can negotiate with the prosecutor. Depending on the case, your attorney may be able to negotiate a plea to minimize the penalties you’re facing, or help you apply for a diversionary program such as Pre-trial Intervention (PTI).

I was Charged with a Crime, What Should I do?

If you are facing criminal charges in New Jersey, it is vital to consult with a knowledgeable criminal defense lawyer as soon as possible. At The Tormey Law Firm, our attorneys focus solely on criminal defense and we have helped thousands of clients in your situation. With former prosecutors, attorneys who served at the Attorney’s General Office, judicial law clerks, and professionals who have dedicated their careers to criminal defense, our team knows the law and the criminal justice process inside and out. We use this to your advantage when dealing with every phase of your case. Whether you have been arrested, charged, detained, or indicted, our lawyers will help you understand and weigh all of your available options, and we will find until the end for the best possible outcome. Call 201-556-1570 to speak with an attorney about your case. Consultations are always provided free of charge.