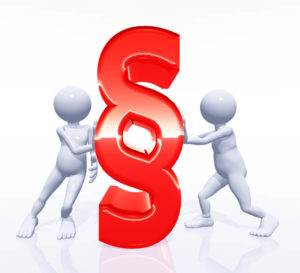 The original recommendation for the temporary use of the virtual grand jury came from members from the various leading legal authorities and organizations, such as the Attorney General’s Office, the Public Defender’s Office, and the County Prosecutors Association. The group, which included members from the New Jersey Bar Association and the Association of Criminal Defense Lawyers of New Jersey, was established by the chief Justice of the New Jersey Supreme Court to address the problem of COVID restrictions and the necessity for grand juries to continue to assemble and do their critical jobs to the criminal justice system in New Jersey.

The working group studied the problem, the logistics, and technological requirements for implementing the pilot program of virtual grand juries via zoom. The pilot program sought to work out some of the bugs, and the grand jury still operates as it did during the temporary phase of the program. With coordination from court staff and technological suppliers, jurors are asked if they have laptops with cameras, internet connection, and the zoom app. If not, the court supplies them with the necessary technology, tools, and assistance. The jurors perform their duties and then are polled after the proceeding to verify that technology was working properly. Each juror is given an oath of secrecy at the start of the proceedings. While the initial pilot undertakings acknowledged jurors could record the proceedings and violate the oath, supporters of the program argue that such a risk exists in person too, despite clear differences. Overall, the process underwent full onboarding throughout the state.

To understand the misgivings about to the virtual grand jury, it is important to know the function of the panel. The grand jury is a panel of community peers to a defendant charged with a crime. The panel of jurors hears and reviews evidence, whether testimony, documentary, or other evidence the prosecution relies upon to charge a defendant with a crime or crimes. After reviewing the prosecutor’s presented case, the grand jury returns a true bill or no bill. A true bill means that the prosecution has sufficient basis or evidence to charge a defendant with the crime or crimes the prosecutor is pursuing. A no bill return means there is not enough evidence to support the charges. A true bill results in an indictment and a case moving through the criminal channels to completion, trial or alternative resolution, and a no bill results in the defendant not being formally charged and the charges dismissed.

The grand jury is a secret proceeding, meaning it is not open to the public. Typically, only the prosecuting attorney, witnesses, and jurors attend the grand jury proceedings. In assessing whether sufficient evidence exists to charge a defendant, not only do the jurors get to examine evidence, but they get to size up witnesses for their credibility, examining their words, body language and facial expression to evaluate their truthfulness and reliability. In the same way, they get to size up the prosecutor and their case. Attorneys objecting to the virtual grand jury believe that subtle cues can be picked up from a person’s body language that cannot be obtained when viewing only the head and shoulders of a witness via electronic means. Others who also object to virtual grand juries maintain that constitutional deficiencies inherent in remote grand juries jeopardize the criminal justice system’s integrity and cast public doubt on the fairness of the criminal justice system.

Now, a challenge to the virtual grand jury is being tested in its first case. An attorney for one defendant facing multiple charges for drug possession and drug distribution brought a motion in the Mercer County Superior Court to dismiss his client’s indictment by virtual grand jury, citing the lack of constitutionality. The New Jersey Supreme Court agreed to take up the question to resolve this important issue in the case of State v. Vega-Larregui. The basis of the claim is that the jurors were not able to see all the exhibits or the testifying officer’s full body, just his head and shoulders, while he was testifying, giving the juror’s a distorted or incomplete picture of the prosecution’s evidence. For clients like Vega-Larregui, the operative question was whether he had drugs to sell or use, and the primary witness was the officer. Had the jury seen the officer’s entire body, perhaps his gripped hands or other indications of unease, the grand jury may have returned a no bill and forced the prosecutor to dismiss the case or reduce the charges to possession. In Vega-Larregui’s remote grand jury proceedings, the jurors were home, the prosecutor was in another location and the witness officer yet another location, none of them at the courthouse. This prevented private communication between the prosecutor and witness to clarify juror questions about the witness’s testimony, something that could be helpful to the defendant. A grand jury proceeding in person obviously would not have had those limitations.

Furthermore, virtual grand jury objectors contend that the required secrecy cannot be secured virtually, on top of the potential for technical problems and panels that do not represent the diversity of the community. Unequal access to technology limits certain populations from participating as jurors. For these reasons, the challenge before the Supreme Court of NJ contends that the defendant did not receive the full protection under the Constitution.

Although the motion addresses only the one defendant’s virtual grand jury proceeding as unconstitutional, the outcome has implications for other defendants who are indicted by virtual proceedings. Since the jury is not assembled in the same room, seeing, hearing, and reading the same evidence, the deliberating body is at a disadvantage. Without the ability to completely review evidence, their job as the sole authority to determine whether evidence is sufficient or whether further investigation is necessary to indict a defendant is restricted. Furthermore, the constitution states that every defendant has the right to a jury of their peers. In virtual circumstances, not all potential jurors have equal access to internet services, computers, cameras, and other equipment to help them participate. As such, defendants are not getting a jury of their peers but a jury of those who can afford internet services, phones, or computers, or who live in places with internet services.

Many experienced criminal defense lawyers and large-scale attorney organizations are critical of the virtual grand jury process, as a means by which to push cases through at the expense of defendants. A criminal defense attorney’s primary job is to ensure that their client’s Constitutional rights are protected throughout the criminal justice process, from the arrest to the sentencing.  Too many cases may go forward on incomplete evidence, and a criminal defense attorney must be there to object and bring the appropriate motion to challenge unconstitutional proceedings. Nothing, even a pandemic, is as an excuse to take away a defendant’s constitutional rights. Criminal defense attorneys such as ours at The Tormey Law Firm will be looking closely at the outcome of this precedent-setting legal challenge to see how the Supreme Court resolves the issue, in part or whole, or if the case is challenged all the way to the United States Supreme Court.

If you are in need of assistance with a criminal case in New Jersey, please feel free to contact us anytime at (201)-556-1570 to speak with an experienced criminal defense lawyer at The Tormey Law Firm. The consultation is always free and entirely confidential. You can also describe your case briefly and request that we contact you, or send us a message to begin the conversation. Our firm defends clients throughout New Jersey charged with first degree, second degree, third degree, fourth degree crimes, and disorderly persons offenses. Whatever the allegations may be in your trust, you can trust that we can help with your defense.