You could find yourself among the many people charged with criminal and traffic offenses after getting involved in a road rage altercation with another driver in New Jersey. 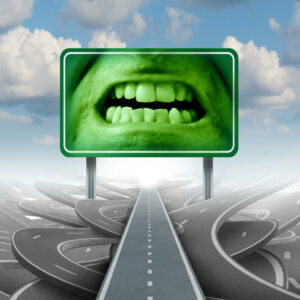 Road rage often brings to mind the screaming, fist-shaking mad person in the car behind or beside another driver on the highway, venting about how slow they drive or close they came to cutting the angry driver off when changing lanes. It may come as obscene gestures, threatening words, or persistent horn-honking. Some road-raged people try to drive or signal other drivers to pull off the road to confront them. Or maybe you experienced supposed “road rage” when someone cut you off, causing your heart to pound out of your chest, thinking you would hit the car or get hurt. Maybe your family was in the car and your child could have been seriously injured. It’s easy to get your adrenaline pumped up when your life or others’ lives feel threatened. Sometimes, you are the one who has to defend yourself against another driver who is enraged and purposely provoking you. In other cases, the circumstances that led to you being arrested for a road rage-related event were misrepresented by the other person involved, or simply blown out of proportion. Regardless of the circumstances, road rage can mean serious legal consequences in New Jersey if you are accused of a crime or traffic offense.

For this reason, it is good to know and understand the top charges that arise in connection to road rage and how the state punishes these offenses. It is equally important to have an experienced criminal defense lawyer on your side and protecting your interests at the outset of your case.

When drivers exhibit rude and angry behaviors that threaten to harm others, they may start fights leading to assault charges, collisions resulting in injuries, and attacks on vehicles that lead to property damage. Victims may die from others’ enraged attacks on persons and property. However, there is a distinction between aggressive driving, when an angry and impatient driver weaves in and out of traffic to get ahead, speeds up to pass another car, and brakes hard to avoid rear-ending another car, or tailgates another vehicle. But those who leave their car to beat someone up, grab a crowbar or baseball bat to smash someone’s car or pull a gun to threaten someone’s life—or even shoot the gun—then, you are looking at criminal road rage. The intent to create harm and damage is the distinction between road rage and aggressive driving.

While aggressive driving is not about intentionally harming people, it can cause accidents and injuries. Speeding causes accidents when a driver loses control of their vehicle while turning corners too fast to steer safely, possibly hitting the curb, another car, or a pedestrian. This may lead to charges for assault by auto. These charges, governed by N.J.S.A. 2C:12-1(c), may occur if someone else experienced bodily or serious bodily injury due to the actions of an aggressive driver. The offenses that fall under the aggressive driving umbrella range from dangerously lane changes to tailgating. Even driving drunk, sleepless, or distracted can end badly if someone else is injured. Importantly, the assault statute includes a section specifically related to recklessly driving a vessel or vehicle and causing bodily harm.

And it’s not just speeding or aggressive driving behaviors that can lead to criminal charges for assault if someone is injured as a result of road rage. For example, pointing a gun at someone on the side of the road, or assaulting a firefighter, police officer, or other public employee who responds to the scene can lead to charges for aggravated assault. Even physically fighting another driver during road rage could end with charges for simple assault against you.

The degree of the injury often determines the degree of the crime in assault cases, ranging from disorderly persons offenses to second degree violations. Simple assault includes causing or attempting to cause another person physical harm, whether intentionally or recklessly. Thus, an angry driver who grabs, shoves, or hits another may be convicted of simple assault and spend up to 6 months in prison, plus paying up to $1,000.00 for a disorderly persons offense.

Reckless driving, another charge typically growing out of a road rage incident, could be a subtler act like driving with alcohol in your system but your blood alcohol level is not over the legal limit. Reckless driving endangers others and demonstrates a wanton disregard for others’ safety. You may spend 60 days in jail and pay a $200.00 fine if convicted for a first offense. Another form of recklessness, drag racing, results in a penalty that increases with each offense. Like reckless driving and racing, careless driving or driving in an unsafe manner also subjects an individual to fines. You could also lose your license for reckless driving.

For instance, if you brandish a weapon, you could be charged with unlawful possession of a weapon if you do not have the proper paperwork for the gun, carry or transport it in violation of New Jersey law, or possess a weapon for an illegal purpose. This often accompanies the initial assault charge for brandishing the firearm in the first place.

Road rage incidents are subject to Jessica’s Law, which means enhanced sentences for those who gravely injure another while enraged on the road. The law passed in 2012 sought to right the wrongs of 16-year old Jessica Rogers and victims like her who suffer permanent, life-long injuries while the responsible party serves only a few months in prison. Since the law was passed in New Jersey, one who seriously injures another in a road rage incident may be charged with a third degree crime, serving up to five (5) years in prison and paying a fine of up to $15,000.00 if convicted. Otherwise, less severe injuries lead to a fourth degree crime, with a possible sentence of 18 months in prison and a $10,000.00 fine.

When Road Rage gets You in Trouble with the Law, It’s Important to Have an Experienced NJ Defense Lawyer on Your Side

Whether it be prison, fines, a criminal record, or losing your license, road rage confrontations can have severe costs in New Jersey. Of course, if you were defending yourself, you may be justified in your response and be excused or less harshly punished in your criminal case. In the heat of the moment, you may have felt your life was in danger, or the lives of others, and acted as any reasonable person would have under the circumstances. Even barring an affirmative defense, you have opportunities to lessen your sentence with lower grade charges, or depending on the charges you face and your prior criminal history, be able to gain admission into the PTI Program to avoid a conviction entirely. You may even have reasons to have your case dismissed if the evidence so suggests. Having your rights protected from the very beginning is a top concern when accused of a crime or motor vehicle violation after a road rage incident on New Jersey’s many miles of roads.

If you find yourself arrested, contact the renowned criminal defense attorneys at The Tormey Law Firm to help you with your road rage charges. Free consultations are provided 24/7. Call (201)-556-1570 or send a message for individualized assistance.