What Type of Offense is Urinating in Public in NJ? 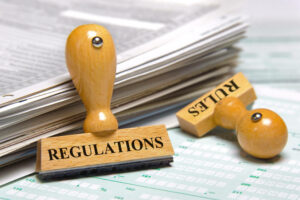 While New Jersey does not have a specific criminal offense pertaining to public urination, municipalities across the state prohibit this act with municipal ordinances. Violations of these local ordinances that don’t allow urinating in public can spell harsher consequences and greater impacts on your life than you realize. In fact, perhaps the biggest issue with public urination infractions is the frequency with which they prompt further interaction with law enforcement, often leading to criminal charges for very real criminal offenses that turn a difficult situation into a nightmare. Whether public urination leads to your being issued an ordinance, charged with a disorderly persons or petty disorderly persons offense, or even arrested for an indictable crime, the skilled criminal defense attorneys at The Tormey Law Firm are thoroughly prepared to assist you.

We seek to negate the consequences of a criminal conviction on your record, your finances, and your future, while working to minimize or avoid the serious impact that a seemingly minor infraction can have on other aspects of your life. Do not hesitate to contact us at (201)-556-1570 for a free consultation if you have questions about a public urination case or another matter that requires you to defend yourself in Superior or Municipal Court. We assist clients across the state of New Jersey, including in Hoboken, Newark, Hackensack, Morristown, East Rutherford, New Brunswick, Holmdel, and Jersey City.

When it comes to public urination alone, the violation is not a disorderly persons offense but an ordinance violation with a civil penalty, a high fine, and potentially community service and jail. Practically speaking, few municipalities jail people for urinating in public unless it is not the first public urination violation. However, New Jersey statute section 40-49:5 permits municipalities to fine violators of local ordinances up to $2,000.00. Moreover, as with all ordinance violations, a judge has the discretion to imprison or sentence a violator up to 90 days in jail and the same number of days performing community service.

Hoboken is a prime example of what can happen when you are cited for urinating in public. Hoboken is famous for the birth of baseball and Frank Sinatra, two significant influences over American entertainment. But the city is also known for its over 120 bars, numerous restaurants, and things to do, filling the streets and high rises with merriment and sometimes, drunken cheer. Unfortunately, outings involving drinking and alcohol often have disastrous results. People drive while intoxicated, start public and barroom brawls, or urinate in public. While the first two can end in serious injury and are punished severely, the last seems harmless. Nevertheless, the Hoboken ordinance and many others in New Jersey prohibit such a seemingly innocuous act.

In fact, Hoboken officials, tired of the public urination problem, came down hard on violators with its city ordinance, section 145-22, prohibiting urinating in public. If you commit such an indiscretion, you risk significant repercussions. The city law forbids urinating on public roadways or any public place within its borders. Regardless of the urgency and lack of public restrooms available, urinating against a building, even in an unlit deserted street, is still a violation that potentially subjects you to a $2,000.00 fine if the police happen to roll down that deserted street and catch you relieving yourself. Clearly, Hoboken is serious about ending the problem. The penalty amount is the maximum allowed by New Jersey law.

You may simply receive a public urination ordinance. However, you may face other criminal charges as well. For instance, the police could charge you with disorderly conduct, a form of public nuisance. You are guilty of disorderly conduct if you cause alarm or disruption to a member or members of the public. Unfortunately, the charge is not a municipal ordinance but a petty disorderly persons offense. That means you could go to jail for up to one month and pay up to $500 in fines and more for mandatory penalties and court fees if convicted. However, if it is your first offense, a judge could sentence you to probation. Regardless of the sentence, a conviction goes on your criminal record, which can cause you problems for as long as it takes to expunge it from your history.

Another possibility is that the police charge you with lewdness, a New Jersey statute violation that may be a disorderly persons offense or an indictable offense. Fourth degree lewdness is punishable by 18 months in prison and a fine of $10,000.00. A police officer who might not have seen you urinating and thus, cannot prove you violated the city ordinance may still charge you with indecent exposure. For a disorderly persons lewdness offense, the punishment can include a fine of up to $1,000 and 6 months in the county jail.

To prove felony lewdness, a prosecutor in Superior Court where indictable offenses go to trial or plea bargain, must show you exposed yourself to sexually gratify yourself with the reasonable expectation of someone seeing you, especially a minor or child under 13 years old. While the state may have difficulty proving your motivation to convict you of lewdness, they can still charge you with a fourth degree crime to bolster their bargaining position. Additionally, an officer might be motivated to trump up the charges against you if you responded to them with hostility or resisted arrest, the latter being another disorderly persons offense. No one is permitted to interfere with a police officer’s arrest without risking charges.

Have a Public Urination Case in NJ?

With so many ways to keep you saddled with court hearings, payments, and potential incarceration, you may be intimidated into forfeiting your rights and opportunities to get past an unfortunate incident with as little damage to your prospects as possible. By retaining an experienced New Jersey criminal defense lawyer, you can challenge the charges against you or plea bargain to get the best deal possible and to keep your record clean. Connect with a member of our criminal law firm to discuss your public urination ordinance violation, disorderly conduct offense, or lewdness charge. Someone is available immediately to assist you and we always provide a free initial consultation. Simply contact us online or call (201)-556-1570 today.