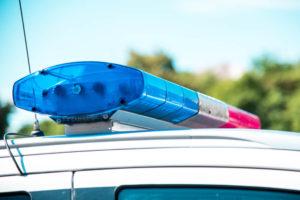 Domestic violence, reportedly on the rise lately, encompasses a vast array of serious crimes often requiring police intervention. When police come out on a call for domestic violence in New Jersey, they assess the situation, check for injuries and weapons, as well as any history of domestic violence between the parties. They also check to see if any previous protective orders existing between the parties have been violated. After assessing the scene, an officer may arrest a person suspected of committing domestic violence if they believe such violence has occurred. In fact, they are required to arrest and file a criminal complaint against the suspected abuser if the victim appears injured or claims to be injured, especially if the officer suspects a weapon was involved in the violent acts.

Any weapons in plain view are taken if police suspect domestic violence has occurred; alternatively, the on-scene officer may ask for permission to take any weapons on site or, if consent is not forthcoming, seek a warrant to search for and seize weapons at the premises where the domestic violence took place. Following a court order to surrender weapons, an officer seizes weapons from the person named in the order or, if they refuse to give over the weapons, arrests them and delivers the weapons to the county prosecutor’s office.

Charging the Suspected Abuser with a Crime

A person suspected of domestic violence may be charged with a number of crimes. Specifically, domestic violence consists of a violation of one or more of 19 laws, as specified in the Prevention of Domestic Violence Act, including: assault, terroristic threats, kidnapping, criminal restraint, false imprisonment, lewdness, sexual assault, criminal sexual contact, criminal mischief, burglary, homicide, criminal trespass, harassment, and stalking. The Act also defines who is protected under the law, encompassing individuals over the age of 18, who are victims of violent abuse by a spouse, household member, former spouse, dating partner or parent with whom the victim shares or is expecting a child. An emancipated minor, one who is married, in the military, a parent, or legally emancipated, may also be a victim. Police may be called out to assist other kinds of abused household members not specifically identified in the Act as well.

Elderly (over 60) or disabled people can also be victims of domestic abuse in New Jersey. If an elderly or disabled person has suffered abuse but does not qualify under the Prevention of Domestic Violence Act because the abusers violated none of the Act’s specified laws, a police officer can still charge an abuser with Endangering the Welfare of the Elderly or Disabled, a violation of N.J.S.A. 2C:24-8.  These charges apply when a person legally obligated to care for an elderly or disabled person does not do so.

A violation of a protective order is also a crime. If the defendant violates the protective order, the police may arrest them on contempt charges, along with any other appropriate criminal charges, such as those for harassment or stalking. If the police do not find enough evidence of a court order violation, however, they may advise the victim that they can file a complaint for contempt against the alleged violator in the Superior Court, Family Division, and explain the procedure to them, including having them sign the complaint at police headquarters.

Informing the Victim of their Right to File a Restraining Order

If a victim qualified under the PDVA chooses to file a complaint at the domestic violence site, the officers called out to the scene inform the victim of their rights to take legal action against their abuser by filing a complaint in family court or the criminal court, or both, and request protection against further violence from the named person in the complaint. Along with their criminal complaint, a victim may request a temporary restraining order (TRO), restricting the abuser from coming near or contacting the victim or the victim’s household members. A police officer assists the victim with filing their paperwork at the nearest municipal court and speaking to a judge during regular court hours or by phone in off hours. A victim may also file a complaint at the local police department when the courts are closed. A copy of the police report is attached to criminal and civil complaints.

In assisting the victim, the police officer explains the process to the victim, how their testimony to the judge will give the judge evidence for the TRO, and, if the judge orders the TRO by telephone, signs the order at the direction of the court and serves the order on the named defendant in the complaint and order. If the suspect was not arrested at the scene, the police further assist the victim to remove the suspect from the victim’s home, pursuant to a TRO, by escorting the victim to the shared residence and ensuring the suspect leaves with their belongings.

Thus, from the start of the legal proceedings at arrest, through enforcement of protective orders, law enforcement plays a critical role in safeguarding victims and ensuring the legal system works to protect victims and punish violent offenders. Victims also benefit greatly from advice of counsel and if you are a victim of abuse, you should consider hiring an experienced domestic violence attorney who can walk you through the process and ensure that you receive the justice and protection you deserve.

Of course, police officers are humans just like the rest of us and sometimes, they make mistakes. When an officer falsely accuses you of domestic violence and you face related charges for a criminal offense or a restraining order, you need guidance and highly adept defense from a skilled NJ domestic violence defense lawyer.

If police arrived on the scene of a reported domestic violence incident and you find yourself involved, contact The Tormey Law Firm immediately for the help you need now. You can consult one of our lawyers free of charge by calling (201)-556-1570 anytime or contacting us online. If you retain our services, you can rest-assured that with thousands of domestic violence cases successfully handled by our firm, we have the knowledge and dedication to help you obtain the best possible results.