Is Domestic Violence a Felony in NJ?

Is Domestic Violence a Felony or Misdemeanor in New Jersey? 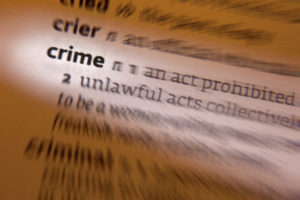 Disorderly persons offenses that are frequently charged in connection with domestic violence cases as predicate acts are criminal mischief and trespassing. Another common domestic violence charge in is harassment, which is a petty disorderly persons offense. These offenses, if not attached to an indictable offense, are heard in the municipal court in the town in which the alleged offense occurred. If a judge finds you guilty after a trial in municipal court, you can be sentenced to a maximum of 6 months in the county jail. You may also be placed on probation and be ordered to pay up to $1000 in fines. Disorderly persons are not considered felony crimes but are considered to be criminal in that there can be a loss of your freedom if convicted and it will show up on your criminal record.

Additionally, the court will likely order conditions, such as: no contact with the alleged victim, a requirement that you obtain a domestic abuse evaluation, perform community service, and make regular payments of all fines and penalties. While there are serious penalties for disorderly persons domestic violence offenses, the consequences are much more severe if you have been charged with a felony (indictable) offense for domestic violence.

If you are charged with a felony domestic violence offense in New Jersey, you must attend court in the Superior Court in the County in which the crime is charged. Regardless of whether you are detained or released from jail after arrest and possible detention hearing, the court will require you to attend a first appearance. On that day, a pre-indictment conference date will be scheduled for a later date, which is usually several weeks from the date of the first appearance. Superior court cases will come back to court for various hearings, motions, and status conferences. Eventually, if no deal can be reached or the case is not dismissed, a trial will be heard in which 12 jurors will decide your fate.

If convicted of a felony charge for an act of domestic violence, the court may impose a state prison sentence consistent with the degree of the crime. Specifically, a fourth degree crime is punishable by up to 18 months in state prison, a third degree charge can subject you to as much as 5 years in prison, a second degree crime up to 10 years, and a first degree crime permits a sentencing of up to 20 years. Some of the domestic violence crimes that carry potential state prison terms include Homicide, Aggravated assault, Terroristic Threats, Kidnapping, Criminal Restraint, Sexual Assault, Criminal Sexual Contact, Lewdness, Burglary, and Stalking.

What Degree is a Domestic Violence Charge in NJ?

There are some charges that can be considered disorderly persons offenses or crimes of different degrees depending on the circumstances. For example, criminal trespass/trespassing may be charged as a disorderly persons offense or a fourth degree crimes depending on your case. Additionally, charges for criminal mischief are classified based on the amount of property damage associated with the crime. As the amount of damage increases, so do the degree of the charges and associated punishments you face.

Some domestic violence cases are elevated to a felonies just by virtue of the relationship between the parties. For instance, simple assault is a disorderly persons offense if someone hurts another in some way but the injury is not significantly serious. Behaviors that give rise to a simple assault include choking, slapping, pushing, scratching, hitting, and punching to name a few. A simple assault can happen between any two people regardless if they were in a relationship or not. However, if the parties are dating and one is accused of strangling the other, the crime will be elevated from a simple assault to an indictable third degree crime of aggravated assault due to the nature of the relationship. The crime is elevated to a third degree if the facts of the case specifically involve attempting to obstruct the airways (choking/strangulation) of the other person.