DRE Evidence is Sufficiently Reliable for Admissibility, According to Special Master

If you were charged with driving impaired in NJ, a court-appointed special master found that Drug Recognition Expert testimony is sufficiently reliable to be used as evidence against you. 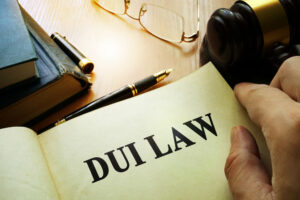 In November of 2019, the New Jersey Supreme Court certified the matter of State of New Jersey vs. Michael Olenowski on the question of a Drug Recognition Expert’s (DRE) testimony admissibility in the case of a driving while impaired violation. DRE’s are police officers specially trained to detect drug impairment through field sobriety tests and other assessment methods.

The Question at Hand

Defendant Olenowski passed a breathalyzer test at two separate police encounters, meaning his blood alcohol level was under the legal limit of .08%, but a DRE deemed him impaired both times. At his trial, the defendant objected to the DRE’s expert testimony detailing the evaluation process that a DRE uses to assess impairment. The defense asserted that the DRE’s testimony was not based on valid scientific testing and, therefore, unreliable and inadmissible. Instead, the defendant contended that toxicology reports are scientifically reliable evidence of intoxication, of which there were none in this case. After the defendant’s conviction for violating N.J.S.A. 39:4-50(a) at trial, which was affirmed on appeal, the Supreme Court remanded the case for further study on the scientific reliability and acceptability of such DRE evidence at trial.

After receiving briefs from various interested associations, including the County Prosecutor’s Association, The DUI Defense Lawyers Association, and the New Jersey Association of Chiefs of Police, among others, the court assigned a Special Master Judge to investigate the reliability of, and therefore admissibility of, DRE evidence before ruling on the appeal. Specifically, the court ordered an evaluation of the scientific acceptability of each of the 12 steps in the DRE protocol as reliable and, therefore, valid expert testimony.

The Special Master addressed the DRE’s expert testimony admissibility in the DUI case. The judge concluded in a lengthy, 332 page report that such expert testimony is reliable because the DRE training and protocol are grounded in sound medical procedures for identifying drug intoxication and intoxicating drugs. The Special Master further concluded that the state’s experts proved that DRE training compares to medical technician training, and therefore, DRE’s can use the protocol reliably. As for the protocol itself, the special master’s findings affirmed that DRE training and protocol are similar to scientifically established medicine and toxicology protocols. Thus, they are reliable and meet the Frye standard of admissibility and reliability under N.J.R.E. 702.

What is the Frye Standard?

The Frye standard is founded in Frye vs. United States, 293 F. 1013 (D.C. Cir. 1923), and adopted by New Jersey in State vs. Harvey, 151 N.J. 117, 169-70 (1997). Frye and Harvey qualify expert opinion as admissible if the opinion is based on “generally accepted” as reliable scientific methods, theories, or techniques in the “relevant scientific community.” The admissibility of expert testimony based on new scientific technology in New Jersey relies on this standard. To prove new methods or technologies are generally accepted in the scientific community, an expert can testify to its scientific acceptance and the basis for that assessment. Alternatively, an expert can rely on authoritative scientific and legal writings or judicial opinions that support the base of the expert’s testimony.

The Special Master concluded that DRE’s testimony met the Frye standard and the reliability measurement under N.J.R.E. 702. This rule regarding expert witness testimony allows a qualified expert to testify about technical or scientific matters to help a jury understand the evidence. A qualified expert under this rule has the requisite background in education, skill, training, experience, and knowledge. The full report reached the Supreme Court in August 2022, with copies distributed to the interested parties.

The next steps are for the New Jersey Supreme Court to schedule oral arguments and deadlines for further briefing before the court can rule. Once the court rules, the decision will impact DUI cases, how they are prosecuted, and how DUI defense lawyers like ours can defend clients in courts throughout the state. While the Special Master stated that expert testimony is always subject to cross-examination to raise doubts about its validity and accuracy, the court’s potential ruling in favor of the state may put a damper on further questioning of the scientific reliability of DRE methods for impairment assessment.

However, this by no means prevents knowledgeable and skilled DWI attorneys from calling into question the specific DRE evaluation, expert report, and testimony presented in a driving under the influence case. These matters need to be examined on a case-by-case basis to determine if appropriate protocols were followed by the DRE, the arresting officers, and any law enforcement steps in the investigation and testing of the defendant.

Why is DRE Evidence so Important in Court?

Unlike drunk driving cases with breathalyzer evidence that confirms a blood alcohol level that the law and medicine establish as legally drunk, drugged driving typically involves police evaluation to determine impairment. A DRE’s assessment is far more subjective than a blood or breath test, even though the protocol they use is established in the police community and devised in conjunction with medical professionals. Though DRE’s are specially trained officers, they are not medical experts. Despite this, the state’s best evidence in many driving under the influence cases is DRE testimonial evidence. This is particularly problematic considering that blood and urine tests cannot confirm how long the drugs have been in the defendant’s system, nor when they were first ingested.

If the Supreme Court hears Olenowski and determines DRE testimony is unreliable and thus, inadmissible under Frye, then the state may have difficulty proving driving while impaired by narcotics, hallucinogenics, and other controlled dangerous substance cases. They will essentially be limited to DRE testimony as police experts, not scientists or doctors. As it stands now, the DRE assessment that determines whether a driver is too impaired to drive is critical in the majority of drug DUI prosecutions.

For those defending DUI charges, a solid defense attorney wants to raise doubt to challenge the state’s ability to meet its burden of proof. On the other hand, giving scientific credence to a police methodology gives science the last word on legal matters involving driving while impaired by controlled dangerous substances, and defendants are at the mercy of subjective evaluations, not hard scientific data. No matter what, as the Special Master mentioned, a DUI lawyer can still cross-examine an expert to discredit their testimony and convince a judge of the state’s inability to prove its case.

However the Supreme Court ultimately rules, DUI cases and those facing driving while impaired charges will be affected. This is especially significant given the passage of legal possession of marijuana for recreational use in New Jersey. What happens next in this case and for DUI law generally? We’ll have to wait and see.

Speak with an NJ Attorney about Your DUI Charge

There are many avenues to defend yourself that an experienced DUI defense lawyer understands and can explain. We should know, as our team at The Tormey Law Firm has fought and successfully won hundreds of cases on behalf of clients charged with driving under the influence in New Jersey. Talk to a DUI attorney free of charge by contacting us online or calling (201)-556-1570. We are happy to answer all of your questions and discuss how we can help.

« Arrested for a Weapon at Newark Liberty International Airport
Can You Legally Possess a Knife in New Jersey? »