Understanding Proof of Operation in a DWI Case

Aside from proving impairment, the operation of a vehicle is one element a prosecutor must prove to convict a defendant of a DUI charge in New Jersey. 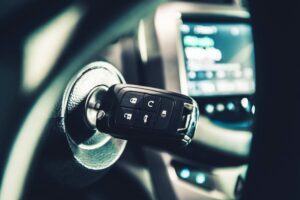 Officers have multiple ways to determine a driver is drunk, from observations to field sobriety testing, and ultimately, a breath test to assess the level of alcohol in the driver’s blood. Typically, the police stop a vehicle for reckless driving, failure to maintain lane, improper turning, or some other traffic violation, even something as minor as a broken taillight. When the driver opens their window to speak to the officer, they may smell like alcohol or demonstrate other signs of intoxication. That’s when the series of field sobriety tests come into play and if the driver performs poorly, a DWI arrest commonly follows. However, when a drunk driver is not driving a vehicle, the officer’s investigative skills need to be sharp. The question of whether you can prove a DUI in a court of law hinges on several key elements of a NJSA 39:4-50 offense, one of which is “operation.” Wondering if the prosecutor can secure a conviction for a DWI charge against you or someone else in New Jersey? It depends on whether the driver was “operating” a vehicle and if so, can the prosecution prove it?

The Meaning of Operation for a DWI

While the DUI/DWI statute does not define operation of a vehicle, New Jersey case law fills in the gap. For example, case law measures “operation” by a driver’s control over the vehicle and demonstrable intent to drive or otherwise move the car. So, that means that a driver behind the wheel of a motorcycle rolling down a hill with the engine off and the keys removed from the ignition is technically in control of the vehicle and has a clear intent to move the car (State v. Jeanette, 172 NJ Super. 587 (Law. Div. 1980)). Thus, in State v. Mulcahy, 107 NJ 467, 479 (1987), the New Jersey Supreme Court reasoned that a driver’s sitting in the driver’s seat shows the intent to control the vehicle. Further, attempting to put the keys in the ignition is an intent to make it move. Thus, a drunk defendant who got in the driver’s seat of his car and tried to put the keys in the ignition was guilty of a DUI, even though a police officer grabbed his keys before the driver could start the car.

The issue of operating a vehicle gets thorny, however, in DWI cases where a driver is asleep in their car. While the driver who tries to do the right thing by not getting on the road when drunk should be applauded, New Jersey law thinks otherwise—in some circumstances. Thus, the determination of a driver’s intent to drive hinges on the facts of each case. So, in State v. Daly, 64 NJ 122 (1973), the driver who slept in his car for over an hour and 20 minutes before the police caught him was not intending to drive, according to the court’s decision. Over the time he was sleeping off his drunk, he turned the car on from time to time to keep himself warm. Acknowledging that Daly could have driven off intentionally or accidentally, the court still decided that the driver did not intend to drive and was therefore not operating a vehicle for purposes of a DUI.

However, in State of New Jersey v. John Thompson, the New Jersey Appellate Court decided last year that a driver sleeping off a drunk in their car with the engine running showed the intent to drive and thus, operated a vehicle for drunk-driving purposes. The court emphasized the possibility of driving as critical to determining the intention to move the car. Since Thompson was in the driver’s seat with the keys in the car, he was clearly in control of the vehicle. The police found him in his car in front of a store sleeping with the car running. Since he smelled like alcohol, the police gave him field sobriety tests, which he failed, and then booked him for drunk driving. The appellate court cited prior cases where defendants stumbled drunk toward or from their car to suggest they intended to drive drunk or did drive drunk to evidence a DWI.

The Question of Operability for Driving while Intoxicated Charges

An intent to move the vehicle is also evident when a car is inoperable. Thus, in State v. Derby, 256 NJ. Super. 702 (Law Div. 1992), a drunk driver behind the wheel of a non-working car was drunk driving. Derby’s car ran out of gas and had a dead battery, among other mechanical issues, so his mother pushed his car with hers. The court found that Derby was drunk, in control of the vehicle, and intended to make it move. Thus, he was guilty of drunk driving. And yet, other cases have held that drivers planning to move an inoperable car that is missing an engine or other critical parts is not operating a vehicle.

Proving operation by the driver’s intent and control over the vehicle is a matter of fact. While the state’s public safety interest in keeping drunk drivers off the road is laudable, each defendant’s circumstances are unique. A prosecutor must prove a driver’s intent to operate a vehicle by examining whether at the time the police found the defendant driver, the car was running, the driver was sleeping and for how long, the keys were in the ignition, the car was on the public road or elsewhere, and the operability of the vehicle. Even the weather affects the determination. For example, a defendant cannot intend to drive an immovable car buried six feet deep under snow.

Since the term “operation” is not cut and dried, there is room to successfully challenge a prosecutor’s portrayal of the defendant’s intent to operate a vehicle. That is where an excellent DWI lawyer comes in. When you face DUI prosecution in New Jersey, you want to hire the best drunk driving attorney out there, who can pose key issues with the state’s version of the story and sow the seeds of reasonable doubt in a judge’s mind. You want to effectively show the questionability of whether you intended to operate your vehicle or if the police made mistakes in observing, arresting, or testing you for drunk driving. Police officers mistakenly mishandle DWI investigations and arrests all the time.

Fortunately, they cannot infringe on your legal rights and still convict you of driving under the influence of drugs or alcohol with faulty evidence. Contact a renowned New Jersey DWI defense lawyer at The Tormey Law Firm to examine your case and discuss defense strategies to fight your drunk driving charges in court. Since a DUI stays with you for years, even decades, you want to choose the best strategy to avoid conviction. Call (201)-556-1570 for a free consultation.

Tags: Challenging Operation in a DWI CaseFight Vehicle Operation for a DUI Charge NJoperating a motor vehicle for dwi offenseOperation for Driving while Intoxicatedproof of operation drunk driving NJ