The community caretaking exception allows the police to conduct a warrantless search under certain circumstances. 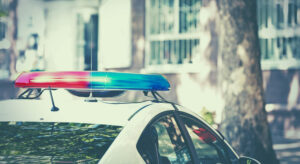 One of several exceptions to the Fourth Amendment’s protection against unwarranted intrusions into private spaces, police community caretaking allows police to search a vehicle or home without a search warrant in some instances. However, the Supreme Court qualified the exception when the search occurs within a residence, citing the sanctity of the home as a place of refuge and security that should be free of unwarranted invasions by law enforcement or other government agents.

The United States Supreme Court recently ruled on the community caretaking exception to warrant requirements when entering, searching, and seizing evidence in residences.

The Supreme Court based its decision on the Fourth Amendment protection against unlawful searches and seizures. In the rationale for its decision, the Court reviewed the case of Caniglia v. Strom, concerning a distraught husband who asked his wife to shoot him and end his life; instead, she left home and called the police to check on him the next day. To convince the man to submit to a psychological evaluation at the hospital, they agreed to his request to leave his guns alone. Later, the police revisited the house and took his weapons while he was away. The husband sued the police for the illegal search and seizure in violation of his Fourth Amendment rights. The lower court summarily ruled in the defendant officers’ favor, citing the community caretaking exception.

Reviewing the search and seizure legality, the Supreme Court held that the warrantless search in Caniglia’s case was unconstitutional. It did not fall under the community caretaking exception expanded upon in the Cady v. Dombrowski case cited by the police to support their position. In the Cady case, the officers confiscated an illegal firearm from an impounded car. The Cady court ruled that the officers did not need a search warrant in the case of caretaking duties, like towing abandoned vehicles off the public roadways. Police community caretaking duties commonly bring officers in contact with illegal items that may endanger others. As such, no warrant was deemed necessary in the Cady vs. Dombrowski case.

In Caniglia, however, the officers entered a house without a warrant, which the court noted is not the same as searching an abandoned vehicle. The Supreme Court distinguished a car and a home in the context of the caretaking exception, explaining that one expects their home to be private, free of arbitrary and unwarranted government intrusions. The Fourth Amendment protects Americans from unreasonable state intrusion. There is no exception under the guise of community policing, especially if the police were not engaged in community service and the circumstances did not warrant emergency measures.

For police to search someone’s home and seize private property, they must ordinarily have a warrant issued by a judge.

After providing evidence of a suspected crime, a judge determines probable cause for the warrant. Police must have probable cause for a search and seizure, meaning a reasonable suspicion that the subjects of the warrant are involved in a crime or hold evidence of a crime. Warrantless searches and seizures are illegal, with some exceptions, such as community caretaking, the automobile exception, and when contraband is in plain view. If a warrantless search is illegal, the evidence seized is inadmissible in a court of law. Then, the prosecutor may not use the evidence to prove their case against the accused.

In Caniglia, however, the officers entered a house without a warrant, which the court noted is not the same as searching an abandoned vehicle. The Supreme Court distinguished a car and a home in the context of the caretaking exception, explaining that one expects their home to be private, free of arbitrary and unwarranted government intrusions. The Fourth Amendment protects Americans from unreasonable state intrusion. There is no exception under the guise of community policing, especially if the police were not engaged in community service and the circumstances did not warrant emergency measures.

Concerning New Jersey’s case law on warrantless searches of homes, the state Supreme Court requires such a search and seizure to be reasonable, necessary, and urgent to protect the public for it to be lawful. To justify a warrantless home search, the police must show the circumstances require them to act immediately to protect the public. In other words, exigent circumstances that leave no time to go to a judge and get a warrant must exist. This sort of contingency is known as the emergency aid doctrine applicable in emergencies. Further, police officers must legitimately be performing community caretaking duties, like handling an accident case or removing abandoned cars from the public highways. Police often provide services to the community, like emergency aid or acting to protect a community from danger, but this was not one of those instances.

The Caniglia case review and decision on residential warrantless searches and the community caretaking exception is significant.

The bottom line is that the Fourth Amendment guarantees the people of the United States freedom from unconstitutional searches and seizures in their homes. For all criminal defendants, the prosecution’s evidence is the basis of the state’s case against them and the foundation for their defense. For example, the police report and arrest records are intended to provide actual proof that a defendant committed a specific crime. The reports contain police observations of what occurred and what else was gathered in the investigation of the alleged crime. Without those records and specific items that prove the crime, the prosecutor has no case or a weak case at best.

In addition, if the police confiscated the firearm from the accused’s home without a warrant, the evidence may not be admitted in a court of law unless the warrantless search fell under a valid exception. In other words, the prosecutor would not be able to prove the firearm was illegal by showing the jury the gun. And the prosecutor must convince a jury that the defendant possessed an unlawful firearm beyond a reasonable doubt. The police officer’s testimony about the gun may likewise be inadmissible if the defense files a motion to suppress unlawfully obtained evidence.

The Supreme Court’s decision makes this exception narrower and harder to justify without the requisite exigency and proof of community caretaking protection. As such, a knowledgeable criminal defense attorney has more latitude to challenge warrantless searches of residences and, thus, more leverage when defending and possibly seeking the dismissal of the case. In essence, criminal defendants have greater Fourth Amendment protection rights regarding warrantless residence searches and seizures in New Jersey after this ruling in the Caniglia case.

Illegal Search of Your Home in New Jersey?

If you are a victim of a warrantless search by the police in New Jersey, or you suspect the evidence in your case was illegally obtained in violation of your rights, ask a criminal defense attorney at The Tormey Law Firm to assist with thoroughly investigating the facts and evidence of your case and potentially raising issues with the legality of the search. We encourage you to contact us any time at (201) 556-1570 for a free initial consultation.