Can I get a Gun with a Misdemeanor in New Jersey? 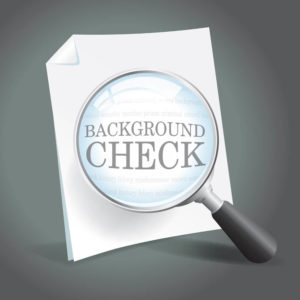 In the State of New Jersey, a person cannot purchase, receive or otherwise obtain a firearm or handgun unless he or she possesses the proper permits. To acquire the proper and necessary documentation, one must submit an application with their local police department. From there, the police will conduct an investigation to determine if the applicant qualifies. A person’s application for a gun permit will be denied if they have a felony conviction or have been convicted of a misdemeanor offense involving domestic violence.

If you would like to speak with a knowledgeable New Jersey Gun Permit Attorney about your specific ability to obtain a firearm, contact us at (201)-556-1570 now for a free consultation.

What is Considered a Felony in NJ?

A felony is defined as any crime that carries with it a potential jail sentence of a year or more. Thus, if an individual was convicted of a charge and the Judge could have sent him or her to jail for more than a year, that individual is a convicted felon. It does not matter what the actual sentence or punishment was. For the purposes of acquiring a firearm permit, all that is relevant is what the potential sentence could have been; what the Judge could have done. In New Jersey, any person who was convicted of a first, second, third, or fourth degree crime, has a felony conviction.

What can Disqualify you from Owning a Gun in New Jersey?

A crime, for the purposes of the permit statue, is any offense that carries with it a possible jail sentence of more than 6 months. Accordingly, if the applicant has a prior conviction wherein, the possible sentence was more than 6 months in jail, they are barred from obtaining a purchaser’s permit or card. Additionally, it is very important to understand that the prohibition does not apply to what the person’s actual sentence was. On the contrary, the determination is based on what the Court could have imposed for the specific charges.

Can I Possess a Firearm with a Misdemeanor in NJ?

The most common misdemeanor charges before the courts are possession of marijuana, simple assault, harassment, trespass, criminal mischief, and disorderly conduct. Nonetheless, the maximum jail sentence for each of these offenses is either 6 months or 30 days. Therefore, a person is still eligible to receive a permit. On the other hand, if a person is convicted of a misdemeanor (disorderly persons offense) in a domestic violence case, they are prohibited from possessing a firearm in New Jersey.

What if my Record is Expunged, Can I obtain a Firearm in NJ?

If a person is disqualified due to a prior conviction, the best course of action to take is to apply for an expungement, if eligible. An expungement prohibits the police from using the conviction against the applicant. As a result, he or she cannot be denied because they have a criminal record. Moreover, if an applicant is granted an expungement, that person can legally answer “no” to any question associated with the crime or offense. For example, if an applicant has a conviction for shoplifting. Following the conviction, the individual obtained an expungement. Then, when completing the permit application, he or she is asked: “Have you ever been convicted of a disorderly persons offense in New Jersey or any criminal offense in another jurisdiction where you could have been sentenced to more than six months in jail that has not been expunged or sealed?” With an expungement, you can answer this question “no.”

Please feel free to call (201)-556-1570 for answers to your unique questions. We can provide you with additional information about forfeiture of weapons, gun permit appeals, and expungements to restore your right to own firearms in New Jersey.