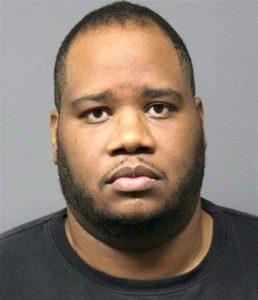 A Bergen County school bus driver faces sex crime charges after he allegedly tried to get naked pictures from underage students. The suspect in the sex offense case is Brandon Mays-Stubbs, a 35-year-old resident of Hasbrouck Heights in Bergen County, New Jersey. According to Bergen County law enforcement officials, Mays-Stubbs sent text messages to two juveniles who rode on the bus he drove and asked them to give him naked photographs of themselves. The minors later told adults about the alleged incident, and the adults then notified school officials and Hasbrouck Heights police.

Detectives with the Hasbrouck Heights Police Department investigated the allegations and talked to the two students. According to officials, the students told investigators details about Mays-Stubbs allegedly propositioning them for nude photos. The investigation lasted approximately one day, with the Bergen County Prosecutor’s Office and the Bergen County Sheriff’s Office quickly determining that there was enough evidence to place Mays-Stubbs under arrest and charge him with felony-level sex offenses. Acting Bergen County Prosecutor Dennis Calo issued a statement about the arrest and said that the two underage victims were regular passengers on the bus driven by Mays-Stubbs. Calo also stated that the bus was driven for a school in the Bergen County school system, but Calo did not provide a name of the company providing the bus service or the Bergen County school that the students attend.

Mays-Stubbs has been charged with felony sex crimes in connection with the alleged nude photograph requests: one count of attempted production of child pornography and one count of endangering the welfare of a child. Both crimes are classified as second degree felonies, which means that a conviction on even a single count could lead to Mays-Stubbs being sentenced to 5-10 years behind bars in NJ state prison. Additionally, a conviction for either sex crime could result in Mays-Stubbs being ordered to register as a sex offender under Megan’s Law.

Beyond facing the immediate legal consequences of being convicted, or pleading guilty to a sex offense, Mays-Stubbs would likely lose his job as a school bus driver. That’s because a felony sex crime conviction in New Jersey can result in the offender being barred from public employment in the state, as well as being prohibited from any contact with underage children.

Have you been accused of a sex offense in Hasbrouck Heights, Hackensack, Paramus, or anywhere else in Bergen County, New Jersey? Then you need a highly qualified NJ criminal defense attorney on your side and helping you to challenge the charges. Contact Travis J. Tormey now to discuss your case and start your defense.

« Lodi Man Accused of Sexually Assaulting Minor in Elmwood Park, NJ
Effects of Intoxication on 4 Body Systems: Why You May be Charged with DWI in New Jersey »