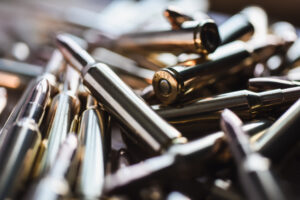 The Tormey Law Firm LLC recently helped a client beat criminal charges for illegal possession of a handgun. This crime is classified as a second degree felony, so the client faced up to 10 years in New Jersey State Prison if convicted on the very serious charges.

Our client was arrested after a Jersey City police officer pulled over the client’s vehicle for an alleged equipment violation. During the routine traffic stop, the Jersey City patrol officer spotted a number of prescription pill bottles inside the car. This led the officer to believe that there could be illegal narcotics in the motor vehicle. Additionally, the police officer allegedly observed the driver acting nervously, leading him to believe that the driver might have been under the influence of drugs.

The Jersey City cop forced the client to get out of the vehicle and then conducted a search of both the client and the car. During the search of the vehicle, the police officer discovered that the prescription bill bottles visible inside the car had been legally prescribed to our client. However, despite realizing that the prescriptions were legally obtained by our client, the police officer continued to search various closed compartments inside the car. The officer eventually came across an unloaded handgun in the vehicle glove compartment.

As set forth by N.J.S.A. 2C:39-5, illegal possession of a handgun is a crime of the second degree and carries a potential sentence of 5-10 years in NJ State Prison for anyone convicted under the statute.

Additionally, since illegal handgun possession is covered by the Graves Act, a conviction for this second degree criminal offense would require the imposition of a minimum sentence of 42 months in state prison before the convicted offender becomes eligible for parole. This meant that our client faced a minimum mandatory term of incarceration of 3.5 years and a maximum penalty of 10 years in state prison. Moreover, the plea offer from prosecutors in this case was five years in NJ State Prison, with a minimum of three years to be served without the possibility of parole. As such, the stakes were extremely high.

Our experienced gun lawyers reviewed the discovery evidence provided by the State and then filed a motion to suppress evidence seized during the traffic stop. We brought the evidentiary challenge because the Jersey City police officer conducted the search of our client’s car without a valid search warrant and without a legal justification to do so.

Our attorneys and the prosecutor both submitted legal arguments to the Hudson County Superior Court judge before a hearing (known as a “motion to suppress evidence”) at which the arresting officer testified. At the conclusion of that hearing, the superior court judge agreed with our position that the officer’s search of the vehicle was conducted illegally. As a result, the judge ordered that the evidence should be suppressed.

If the Judge rules, like in this case, that the search was illegal, then any evidence seized by the State is thrown out of court based on this illegal search. This is known as the “fruit of the poisonous tree” doctrine.