Have you been arrested for possession or distribution of a drug like cocaine or methamphetamine in Fort Lee, New Jersey? Then you need an experienced criminal attorney on your side and helping you to fight the charges. Methamphetamine is considered one of the most dangerous drugs and as a result, even small quantities are punishable by jail time in New Jersey. As the amount of meth climbs, the consequences of conviction become harsher. For instance, possession with intent to distribute methamphetamine in a quantity greater than five ounces is first degree crime that could result in a sentence of 10-20 years in prison. Cocaine charges are similarly serious and many drug charges in the first degree and second degree range entail mandatory prison time, regardless of whether the person has an existing criminal record. You do not want to take any chances when it comes to your freedom or your future, so speak with an attorney immediately. Travis Tormey is a knowledgeable criminal defense lawyer who understands the NJ criminal justice system and who can help you avoid the most severe penalties in your Fort Lee drug crime case. Contact Attorney Tormey today for a free consultation about the charges against you. Call (201)-556-1570 now or contact our local offices in Bergen County at your convenience. 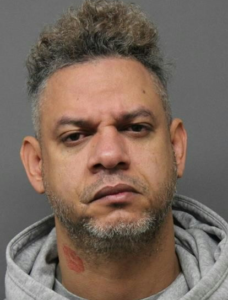 A New York City taxi driver was arrested in Fort Lee, NJ and charged with distribution of illegal drugs. The suspect in the case is Gerardo Camilo-Nolasco, a 42-year-old man who resides at 630 E. 170th Street in the Bronx in New York. Camilo-Nolasco works as a taxi driver in NYC and was reportedly driving a friend’s vehicle in Fort Lee when Bergen County narcotics officers stopped his car. Police were following Camilo-Nolasco as part of a narcotics investigation – the vehicle stop was the final step of the investigation. The criminal investigation was launched by the Bergen County Prosecutor’s Office and included members of the Fort Lee Police Department.

In an official statement about the Fort Lee drug crime arrest, Acting Bergen County Prosecutor Dennis Calo said that Camilo-Nolasco has been charged with multiple crimes: possession with intent to distribute methamphetamine in a quantity greater than five ounces and possession of cocaine. The crystal meth distribution charge is classified as a first degree felony, while the cocaine possession charge is classified as a third degree felony.

If Camilo-Nolasco is ultimately convicted on either of the felony drug charges, he will face severe penalties that include years behind bars in New Jersey State Prison. Moreover, since drug offenses are considered serious offenses, it’s likely that Camilo-Nolasco would receive a sentence on the higher end of the sentencing range.

Get help with cocaine, meth, or another charge that you’re facing for drugs in Fort Lee now by calling our experienced Fort Lee drug defense attorneys. Free consultations are always available.

« Blood Alcohol Concentration Should be Lowered to 0.05 Percent for DWI, Study Says
Why Marijuana May Still be Illegal in Some New Jersey Towns »