New Jersey has a New Governor, May Have Legal Marijuana Soon 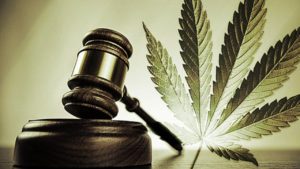 On Tuesday night, New Jersey voted new Democratic Governor Phil Murphy into the role currently filled by Republican Chris Christie. Among the many issues upon which these politicians disagree is the legalization of marijuana. While Christie has long-been a vocal opponent of legal marijuana in New Jersey, Murphy may be just the person New Jersey needed to pass a legal marijuana bill.

Over the course of his campaign, Murphy argued in favor of making marijuana legal for those over legal age to drink. In other words, if you are 21 or older and you can purchase and consume alcohol, you should be able to use recreational marijuana. Of his views on marijuana, Murphy said the following:

“The criminalization of marijuana has only served to clog our courts and cloud people’s futures, so we will legalize marijuana…And while there are financial benefits, this is overwhelmingly about doing what is right and just.”

Some New Jersey lawmakers have been working to pass a bill legalizing marijuana for people 21 and older for quite some time. The current legislation, Bill S3195, is sponsored by Democratic State Senator Nicholas Scutari and is still being revised. According to NJ Senate President Stephen Sweeney, his goal is to have the bill passed in Murphy’s first 100 days.

Murphy said he will sign a bill to pass legal marijuana when it arrives on his desk. So what does this mean for New Jersey residents? Here’s what you need to know about how marijuana laws may change in New Jersey.

The Shift in Perspective on Legal Marijuana

Bill S3195 marks a significant shift in direction as it relates to marijuana and law enforcement in New Jersey. In fact, the bill contains some striking statistics from 2012. Consider this:

If the new bill is passed, police will redirect their efforts away from marijuana toward more serious and violent crimes. Under current law, the vast majority of marijuana cases involve small amounts of the drug (usually under 50 grams) and first-time offenders with no prior criminal record.

According to Bill S3195, a variety of acts will no longer be considered criminal offenses in New Jersey for those age 21 or older.

It will also be lawful to assist another person 21 or older in any of the acts described above.

Can I grow my own marijuana?

After Governor Chris Christie completes his term at 12:00 pm on January 16th, the fate of legal marijuana in New Jersey may change. For what happens next, we will have to wait and see.

For additional information pertaining to this matter, access the following article: With Phil Murphy’s win, it’s ‘full steam ahead’ for legal marijuana