Is Public Intoxication a Crime in NJ? 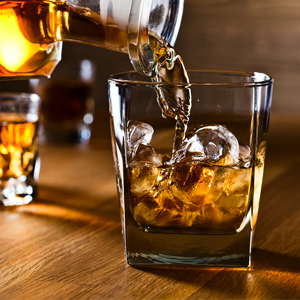 New Jersey law does not criminalize being intoxicated in public. No matter how drunk you are, you will not be charged with a crime unless you commit some other offense as a result of your intoxication. In fact, there is a state law that prohibits local municipalities from enacting laws or ordinances against public intoxication.

The reasoning behind this approach is that, as a public policy matter, New Jersey seeks to rehabilitate and encourage treatment for individuals who are alcoholics—not to criminalize their condition.

While being drunk in public is not a crime in and of itself in New Jersey, your intoxication may lead you to engage in other prohibited conduct. For example, if you become disorderly while you are intoxicated or you operate a motor vehicle, then you may be charged with disorderly conduct or driving under the influence (DUI).

Under New Jersey law, disorderly conduct is a petty disorderly persons offense, which carries penalties of up to 30 days in jail and up to a $500 fine. A person may be found guilty of this offense if they engage in improper behavior or use offensive language in a public place. As you might expect, being intoxicated in public often leads to behavior or language that a person wouldn’t otherwise use. When this occurs, police often use the breadth of the disorderly conduct statute to justify criminal charges against a drunk and disorderly person.

If you are underage and found to be publicly intoxicated, you will likely be charged with underage drinking (also known as underage possession or consumption of alcohol). This is yet another serious offense that applies to individuals who have any amount of alcohol in their possession or system under the age of 21.

As for driving while intoxicated (DWI), these charges can arise after a person is intoxicated in a public place and then gets in a car to drive elsewhere. If you operate a motor vehicle in New Jersey with a blood alcohol concentration (BAC) of 0.08 percent or greater, you are guilty of driving under the influence (DUI). Even a first time DUI offense can lead to very serious consequences including license suspension, imprisonment, and heavy fines.

For a first DWI offense, if your BAC is over 0.08 but less than 0.10, you may face fines between $250 to $400, 30 days of imprisonment, 3 months of license suspension, a surcharge of $1,000 for 3 years for auto insurance, and a requirement of a minimum of 6 hours per day for two consecutive days at an Intoxicated Driver Resource Center. If your BAC is over 0.10 percent, you may face fines up to $500 and license suspension for 7 months to 1 year.

With each subsequent DUI offense, the penalties are more significant. Second time DWI offenders face imprisonment of at least 48 consecutive hours and up to 90 days. Fines are raised to between $500 and $1,000. Penalties also include license suspension for 2 years and installation of an ignition interlock device for 1 to 3 years after you get your license back.  Lastly, third time offenders of DUI may face imprisonment of up to 180 days and license suspension for 10 years.

If you are publicly intoxicated in New Jersey, police and first responders are allowed to take you into protective custody to transport you back home or to a treatment center. Being taken into protective custody does not mean you are being arrested, however, for your safety and the safety of those helping you, police and first responders may search you.

While public intoxication is not a crime in New Jersey, being drunk alters your judgment and thinking, potentially leading to you make poor choices and mistakes. If you have been charged with disorderly conduct, DWI, or another alcohol-related offense in New Jersey, contact the experienced criminal defense lawyers at The Tormey Law Firm for help resolving your case. We have defended thousands of clients in courts across New Jersey against drunk and disorderly conduct charges and drunk driving. Call (201)-556-1570 or contact us online for a free consultation about your specific case.