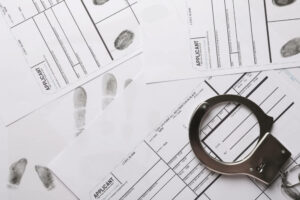 Luckily, New Jersey allows those with some criminal convictions to expunge their records and restore their Second Amendment rights. Expungement allows individuals disqualified from gun ownership to clear their criminal history and then submit to a background check, answer questions, and provide accurate, truthful information in the process of applying for a gun permit. An expungement removes criminal convictions from public visibility, meaning there are only a few isolated circumstances and agencies that can still see someone’s criminal record once it has been expunged. For the purposes of gun permit applications, a person with an expunged record may answer “no” to questions about past arrests, criminal convictions, and juvenile adjudications when seeking to retrieve their gun rights.

When do You Lose Your Gun Rights in NJ?

If you have a conviction for a fourth, third, second, or first degree crime in New Jersey, you may not own a firearm. In addition, federal law prohibits firearms or ammunition possession to those convicted of crimes punishable by a term in prison longer than a year, among other disqualifying conditions, such as mental illness, citizenship renunciation, being a fugitive of the law, and getting a dishonorable discharge from the military. You are disqualified under federal if you are an illegal alien, substance abuser, and have domestic violence convictions of any kind.

New Jersey also prevents gun ownership for those prohibited by federal law, as the state’s disqualifiers are similar, with the addition of drug and alcohol addiction, physical defects that make firearms dangerous to handle, and age thresholds. The state may also deny an applicant a gun permit if their record reveals juvenile delinquent acts equivalent to adult crimes that are related to possession of weapons or offenses committed using firearms or other weapons. Juvenile delinquency adjudications for offenses governed by the No Early Release Act are also included in gun permit disqualifications. The state may also deny those who falsify a gun permit application, are subject to a domestic violence restraining order and firearm seizure due to domestic violence, or otherwise pose a public threat by owning a gun.

Expungement to Get Your Gun Rights Back in NJ

Expunging your record should restore your gun rights if that is the only prohibitive factor you face. So long as your conviction is not prohibited and you are not otherwise ineligible to obtain a gun permit, you can clear your record and you do not have to declare your expunged conviction on your gun permit application. All other conditions satisfied, an expunged record does not disqualify you from obtaining a gun permit in New Jersey.

However, some crimes are ineligible for expungement in New Jersey. The most severe crimes, such as human trafficking, arson, aggravated sexual assault, child pornography, domestic violence (including restraining orders for domestic violence), and certain other deceit or violent crimes are ineligible for expungement under N.J.S.A. 2C:52. More than one indictable criminal conviction also prevents you from deleting your record for gun rights reinstatement. Some exceptions exist, however. For example, multiple convictions that arise from the same incident, say drug and gun charges stemming from one incident or crime spree, you may count them as one for purposes of expunging indictable crime convictions. Moreover, you may seal your entire juvenile record, not just single convictions.

As for DWI charges, these cannot be expunged since they are traffic violations under NJ law. Technically, a DUI conviction by itself will not disqualify you from gun ownership. However, if the DUI was your third, fourth or more conviction, you may be deemed alcohol dependent. Drug and alcohol addicts may not own guns in New Jersey.

How Long do You Have to Wait to Expunge Your Record in NJ?

In addition to the conviction number limitations under N.J.S.A. 2C:52, you must wait the minimum time between completing your sentence without any new convictions or pending charges. For indictable criminal convictions, you can expunge your record as early as four years (though typically five) from completing all sentence terms. Generally, you must wait until you have paid all fines, served your prison term, fulfilled your probation period, and any other sentence conditions. For lesser offenses, you may get an expungement as soon as three years pass from sentence completion, but the standard waiting period is five years.

Can You Expunge a Restraining Order to Restore Gun Rights in NJ?

Want an Expungement for a Firearm in NJ? Our Attorneys are Prepared to Assist You

Getting an expungement is time-consuming and technical. You must ensure you gather conviction records, the appropriate court forms, and supplemental documents to inform the necessary parties of your history, as well as verifying the timing and your eligibility for the expungement. To avoid getting your application rejected, request the assistance of our knowledgeable and exceptionally qualified gun rights attorneys who know the intricacies of expungement laws and processes, in addition to procedural steps and intervening factors that often get individuals’ applications for firearms permits rejected. You may also need assistance to appeal a gun permit that has already been denied, as overcoming the denial requires extensive preparation and completing a separate legal process.

You may have questions about what you should include in your application and how to best handle the various steps to finalize your expungement or your gun permit application for the greatest chance of success. Beyond helping you apply for your gun permit post-expungement, our lawyers can help you expunge your record, apply for your permit, or appeal your denied firearm permit anywhere in New Jersey. Restoring your Second Amendment rights is essential, and our attorneys are fully prepared to help. Call (201)-556-1570 to discuss restoring your gun rights through the process of expungement. A lawyer at our firm can talk you through the details of the process, determine your expungement eligibility, and take the burden off of your shoulders. Free consultations are available 24/7.

Tags: Expunge my Record to Restore Gun Rights NJExpungement to Buy a Gun in NJGet Gun Rights Back in NJHelp Getting an ExpungementNJ Expungement for Firearms Rights Restoration