Voluntary Surrender of Firearms for an Extreme Risk Protective Order

What Happens to Weapons after a FERPO? 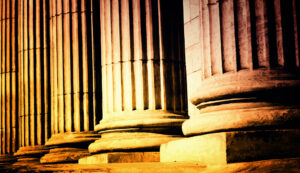 New Jersey takes a harsh stance on gun crimes, so the legislature has enacted laws with strict punishment to stem the tide of illegal activities with weapons, including mass shootings. One such law addressing potential public safety threats is the Extreme Risk Protective Order Act. It is a tool for the state to prevent gun deaths or injuries by those deemed mentally unstable or posing a security risk.

First thing to Know: You Lose Your Firearms, Weapons, Purchase and Possession Rights

The Extreme Risk Protective Order (ERPO) authorizes law enforcement to confiscate weapons from one who threatens personal or public harm. It also prevents such an individual from purchasing or possessing guns. Once the named person in the ERPO surrenders or loses their weapons, they may or may not get them back. However, the weapons custodians must follow the requirements for obtaining and keeping the ERPO weapons.

Surrender is Mandatory after either a TERPO or a FERPO

In compliance with N.J.S.A. 2C:58-26, a temporary extreme risk protective order (TERPO) or final extreme risk protective order (FERPO) authorizes a judge to issue a warrant that law enforcement serves on the respondent, along with the TERPO or FERPO. A petitioner, typically a family or household member, petitions for an emergency extreme risk protective order (ERPO) believing that the individual is imminent danger, knowing the respondent has arms. In some instances, someone outside the family or household may ask the police to intervene if they know someone with a gun who may pose a threat of violence. The police may petition the court for an order as well. Initially, the petitioner requests to the court or through the police for a TERPO, this is temporary. If granted, a hearing follows to determine whether a TERPO becomes final.

Search Warrants for those who Do Not Comply

The warrant the court issues with the TERPO or FERPO requires the respondent named in the order to surrender all the firearms and ammunition in their possession or control to the local police, along with handgun, carry permits or firearms purchaser identification card. When the respondent does not willingly surrender what the warrant identifies, the officers may get a search warrant to search for them and seize any weapons, ammunition, or firearms paperwork listed in the warrant.

The officers that take custody of the surrendered or seized weapons, ammunition, and papers MUST provide a receipt that details all of these items. The police note any guns or other weapons confiscated on the receipt, which the respondent files with the court within two days or faces contempt charges. In other words, if you are served with an ERPO and surrender any guns or ammunition, you must provide and file the receipt with the county prosecutor’s office. If you do not, this is technically a violation of a court order, which means you could face criminal contempt charges for a fourth degree crime. Violating an ERPO is fourth degree contempt, punishable by potentially 18 months in prison and a $10,000.00 fine.

You are entitled to have the Weapons Sold

Alternatively, the officers can sell the guns and ammunition to a federally licensed dealer upon the respondent’s request and give the respondent a receipt for what they sold. The respondent must also file that receipt with the court. The warrant and seizure or surrender of the weapons fulfill the immediate purpose of the order, to prevent immediate danger. However, temporary order is only in effect until the final hearing determines its permanence, or lack thereof. The issuance of a FERPO further restrains the respondent from later acquiring or receiving guns, ammo, permits, or firearms purchaser identification card.

The Road for Surrendered Weapons DOESN’T End There

If the court terminates the FERPO, the respondent may petition the court to get their surrendered items back. Law enforcement has 30 days after the petition’s receipt to return all confiscated items unless one of several exceptions applies. First, a petitioner will obviously not get their items back if they were stolen. Second, a person who otherwise is not allowed to have the weapons, perhaps due to a felony conviction or some other reason, will not be returned their property or permit. However, in the majority of cases, law enforcement must return all items that legally belong to someone else. For example, if law enforcement transferred the weapons or ammunition to a licensed firearms dealer, the dealer can be contacted by law enforcement with authorization to return the firearms to the person who surrendered them.

Guns Taken after an ERPO in NJ? Find a Top Lawyer to Get Your Weapons Returned

If you are the subject of a TERPO, with a hearing to finalize the ERPO within ten days, seek the help of an ERPO defense attorney with urgency. You should be looking for a qualified gun lawyer, not just any lawyer either. A knowledgeable firearms attorney is in the best position to defend you at the final hearing, point out any failures on law enforcement’s part to follow the law during any phase of the case’s progression, and even help you terminate a FERPO. Taking away someone’s Second Amendment rights must have extraordinary justification. You may have defenses at a FERPO hearing or support for terminating a FERPO in effect. We have successfully handled many cases involving extreme risk protective orders, weapons seizure, and weapons forfeiture on behalf of clients throughout New Jersey. Call (201) 556-1570 to speak to a lawyer about your case free of charge.