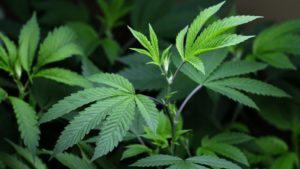 United States Attorney General Jeff Sessions recently issued a memorandum outlining the federal government’s policy on marijuana enforcement. The memo raised significant questions about the future of marijuana legalization in New Jersey and across the country. In this article, we will take a look at the Sessions Marijuana Enforcement Memo and its potential implications for New Jersey marijuana policy.

In the recent memo, issued on January 4th, Attorney General Jeff Sessions directs all U.S. Attorneys to enforce existing federal laws related to marijuana. It specifically refers to the Controlled Substances Act (21 U.S.C. § 801 et seq.) of 1970, which prohibits the cultivation, distribution, and possession of marijuana. The memo notes Congress’s determination that marijuana is a dangerous drug and that marijuana activity is a serious crime.

What does the Sessions Marijuana Memo Mean?

The Sessions Memo serves as a replacement of prior marijuana enforcement policy, rescinding previous guidance documents. Explaining his decision, Attorney General Sessions said, “It is the mission of the Department of Justice to enforce the laws of the United States, and the previous issuance of guidance undermines the rule of law and the ability of our local, state, tribal, and federal law enforcement partners to carry out this mission.”

This announcement indicates a significant shift away from DOJ policy under the Obama administration. Former U.S. Attorney General James Cole issued a vastly different memo, known as the Cole Memo, in August of 2013. Its contents were intended to respond to the legalization of marijuana possession and sale in various states. Cole instructed prosecutors and law enforcement officials throughout the United States to focus their efforts on the following marijuana-related activities:

How will New Jersey Respond to the Marijuana Enforcement Directive?

Notably, Attorney General Sessions provides U.S. Attorneys with full discretion to determine how they enforce federal law as it relates to marijuana in their states. Nevertheless, it expresses directs all U.S. Attorneys to enforce federal marijuana laws and to follow established principles when pursuing prosecutions related to marijuana activities. So, how will lawmakers and law enforcement agencies in New Jersey respond to this directive?

Of course, we cannot know for sure. What we do know is that Democratic Governor-elect Phil Murphy, who will soon replace our current Governor, has said he will sign a bill legalizing the possession and sale of recreational marijuana in New Jersey. With a bill pending in the State Legislature, Democratic leaders have expressed their intention to get a bill passed within the first 100 days.

So, what does this mean for New Jersey residents? Ultimately, marijuana may become even more of political issue than it is already. With a Democratic Governor and a Democratic State Legislature, New Jersey political leaders may make marijuana legal in direct defiance of the Republican Trump Administration’s policy as it relates to marijuana.

If marijuana becomes legal in New Jersey, the tug of war will likely continue as individual municipalities choose whether or not to allow marijuana sales within their borders. Some municipalities in New Jersey like Point Pleasant Borough have already moved forward with such ordinances. In Bergen County, the Garfield City Council has begun discussions to ban the sale of marijuana within city limits.

Disagreements aside, New Jersey law currently prohibits the possession, use, manufacture, sale, or transfer of marijuana unless under the strict rules of New Jersey medical marijuana policy. Until something changes, it is absolutely imperative to have an experienced marijuana defense attorney on your side if you are charged with a marijuana offense. If you need legal representation or have questions about a marijuana charge in New Jersey, contact The Tormey Law Firm for immediate assistance. Our attorneys have helped thousands of people arrested for marijuana throughout NJ and we are here for you. Call (201)-556-1570 or contact us online today.