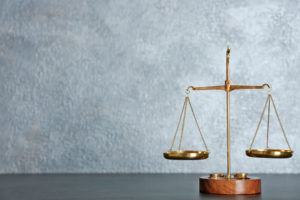 Your night in Teaneck, New Jersey ended badly, with a run-in with police and charges for disorderly conduct. What can you do? You may have more options than you think. Disorderly conduct is one of those crimes that law enforcement falls back on when someone is engaging in annoying, loud, or raucous behavior that some may consider “disturbing the peace.” Although this charge is extremely broad in the types of conduct that it encompasses, disorderly conduct is a criminal offense in New Jersey nonetheless.

While not a felony, disorderly conduct allegations in Teaneck or elsewhere will require you to appear in the local municipal court to be prosecuted. If convicted, a simple misunderstanding or totally overblown scenario can turn into a criminal record that you are forced to carry around for the rest of your life, unless you can and do expunge it. Aside from a criminal record, a disorderly conduct charge may subject you to 30 days in the county jail and a fine amounting to $500, plus court costs and fees. With this in mind, it is imperative to have a talented and experienced attorney representing you in your disorderly conduct case in Teaneck Municipal Court.

The benefit of having a lawyer who knows how to get disorderly conduct dismissed or reduced to a lesser, non-criminal infraction to keep your record clean can be truly invaluable to you and your future. At The Tormey Law Firm, we have been beating disorderly conduct charges in Teaneck and throughout Bergen County and New Jersey for years, with thousands of these cases successfully handled for highly satisfied clients. If you need help with Teaneck disorderly conduct charges, simply reach out to our local office at (201)-556-1570 or contact us online for a free consultation.

When you have been charged with disorderly conduct in Teaneck, New Jersey, you are given a summons that lists your violation which, in this case, is N.J.S.A. 2C:33-2. Disorderly conduct is a petty disorderly persons offense for which you may be charged if you engaged in “improper behavior” or used “offensive language” in a public setting. So what is considered improper behavior you might ask? Essentially, improper behavior refers to conduct that disturbs the peace, whether through threatening, getting into a fight, acting violently or turbulently, or somehow causing a scenario that is physically dangerous to others without a legitimate purpose.

As for offensive language, this is largely subjective but includes obscenities or other words that could reasonably offend others who may presently occupy a public place. If you have ever been to a high-stakes football, basketball, or other sports game or in a bar where people are watching one, chances are you have witnessed offensive language that may give rise to a disorderly conduct charge. Whether police are present and choose to charge you or anyone else is of course, a matter of chance. Regardless of the way that violations of 2C:33-2 come about, it is important to know and understand the penalties you face if convicted.

What is the Penalty for Disorderly Conduct in Teaneck?

Teaneck, Bergen County, a New Jersey suburb close to New York city via the George Washington Bridge, and located off Routes 4, 80 and the New Jersey Turnpike, is highly rated for diversity, location, home ownership, young professionals and pubic parks, all 23 of them. Historic places pepper the township of nearly 41,000 residents, mostly middle class, such as the John Ackerman House, Swing Bridge at New Bridge Landing, and the Adam and James Vandalinda houses. And the Teaneck Creek Conservancy sports an array of plants and animals in this biodiverse nature preserve. Major businesses and Holy Name Medical Center employ many residents but the plentiful restaurants, shops and entertainment spots also provide income and recreation.

Rated above average compared to the rest of the nation for safety, Teaneck, with its most numerous crimes ranked as burglary and theft of all its violent and property crimes, is a relatively safe community. However, in addition to New Jersey’s codified crimes, Teaneck’s local ordinances itemize many municipal violations. These types of offenses, as well as New Jersey disorderly persons offenses and disorderly persons petty offenses, lead to problems for many people who live in or are merely visiting the town. But, when you are charged with disorderly conduct, pleading to one of these violations may be the path toward maintaining your otherwise clean criminal record.

Some of Teaneck’s ordinances cover begging, cockfighting, dogfighting, falsely setting off alarms, indecent exposure, loitering, consuming alcoholic beverages in public, spitting on sidewalks, spray painting, real estate canvassing, disorderly houses, vagrancy, and lewd and immoral acts, among others. Most of these behaviors constitute lesser offenses than disorderly conduct or improper behavior, but conduct that violates these ordinances may qualify as disorderly persons offenses also. The important thing about having your charges reduced to an ordinance is the avoidance of a criminal conviction that will appear on a background check. When asked by employers and others if you have ever been convicted of a crime, you can truthfully answer “no.”

Being charged with disorderly conduct in Teaneck, New Jersey is no laughing matter. In fact, it’s a criminal one. To successfully combat the charges and minimize your exposure to the potential consequences, you want an attorney with many years’ experience representing clients facing disorderly conduct charges in Teaneck Municipal Court. We at The Tormey Law Firm have the knowledge and proven results to ensure that your case is resolved in the best manner possible. For a free consultation with an attorney at our firm who can personally advise you, call (201)-556-1570 today.