Reasons You can Carry a Gun without a Permit in NJ 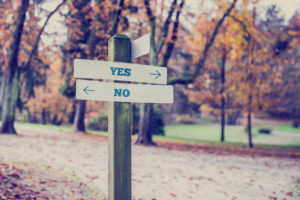 Have you been charged with illegal possession of a firearm because you were found carrying a weapon in New Jersey without a carry permit? Since New Jersey’s gun laws are unforgiving, your most important next step is to find a highly qualified NJ firearms attorney to help defend you against the charges. Contact The Tormey Law Firm for the help you need by calling (201)-556-1570. Our lawyers are available 24/7 to provide you with answers and assistance with New Jersey guns and weapons related matters in a free consultation. Here’s what you need to know about when you can carry a gun without a permit in New Jersey.

Can I Carry a Firearm in New Jersey if I don’t have a Permit?

N.J.S.A. 2C:39-5 makes it a second degree crime to carry a gun outside your home, meaning on your person or in your car, without a carry permit. Though you have a constitutional right to have a gun in your home, you do not have the same right outside the home. Further exemptions apply to gun possession in specific circumstances and environments. Just as you can lawfully keep a gun at home, you may keep a gun at your business if it is not a mobile business. You may also be exempt when traveling to and from certain places. Other locations to lawfully carry a weapon without a permit are gun repair shops, firing ranges, and hunting locations.

There are additional exceptions to the laws against unlawful possession of a handgun. N.J.S.A. 2C:39-6 allows certain classes of people to carry handguns without a permit, primarily government officials, such as active military, law enforcement, and executive branch officials. For example, active military on duty or in transit may carry government-issued weapons just as state and federal law enforcement officers may carry weapons in their official capacity. Thus, police officers, sheriffs, FBI agents, corrections officers, jail wardens, and railway, transit, campus, and parole police officers may carry guns without a permit while performing their duties. Other exempt government officials include civilian government employees, prosecutors, and members of the Attorney General’s Office. Licensed gun dealers are also exempt. Lastly, antique gun owners may possess inoperable guns manufactured before 1898, so long as the gun is a collector’s piece, held for historical or sentimental value, and does not fire fixed ammunition.

Traveling in New Jersey when Charged with a Weapon

Driving across New Jersey, you were caught speeding. During the stop, the police officer found a handgun in the car and now you have been charged with illegally possessing a firearm. Unfamiliar with the gun laws in New Jersey, you were not aware of carrying permits and the proper way to transport a weapon. Things like this happen to unsuspecting people like you on a daily basis.

To carry or transport a gun lawfully, the gun owner must ensure the gun is unloaded and enclosed in a securely fastened gun safe, case, box or package. Otherwise, it must be locked in the trunk. Transporting weapons and ammunition from out of state must likewise be locked in a secure container or place that is not readily accessible to the driver or passenger. If carrying rifles and shotguns, the owners need a firearms purchaser identification cards to possess them. An exception to carrying without a permit or firearms purchaser identification card is when a recreational gun user or hunter goes to or from a shooting range or hunting/fishing area. Otherwise, you need a carry permit.

What is the Charge for Possessing a Gun with no Permit?

If you are not among those permitted to carry a weapon, you may be in violation of N.J.S.A. 2C:39-5 for having a gun outside your home, place of business, or other allowed situations. Unlawfully possessing a weapon in the form of a gun, a second degree felony offense, is punishable by 5 to 10 years in prison and up to $150,000.00 in fines. Depending on their intention and background, certain individuals carrying a gun with or without a permit may be violating other gun laws, prohibiting those with mental illness or a history of domestic violence to possess guns. A conviction on multiple charges can mean adding longer incarceration and higher fines to the sentence.

If convicted for illegally possessing a firearm, your sentence is subject to the Graves Act, which mandates minimum sentences for gun violations. For example, unlawful possession of a firearm comes with a minimum 42-month prison sentence after which a defendant may be eligible for parole, unless the prosecutor agrees to a shorter sentence upon a successful motion to the court, or the defendant qualifies for the Pre-Trial Intervention Program (PTI) for first time offenders who seek to keep the conviction off their record. Most Graves Act violations do not qualify for PTI. However, a prosecutor may stipulate to waiving the mandatory minimum sentence, may agree to probation in lieu of prison time, or may consent to a defendant’s enrollment in PTI if the person has no prior convictions or restrictions on weapons possession. In the end, the prosecutor may support a waiver for a non-exempt defendant who is fundamentally a law-abiding person not intending to flout the law by knowingly possessing a weapon illegally.

No Permit Handgun Charge in New Jersey? Contact Us

An attorney at The Tormey Law Firm can help you fight a handgun charge for possessing such a weapon without a permit. We have achieved a multitude of favorable results for clients by various means. In some cases, we can successfully argue to the prosecutor and the jury that the evidence and facts show your gun charge should not lead to a conviction. We can also potentially demonstrate to the court that your intentions were not to violate the laws of New Jersey or that your circumstances warrant an exclusion waiver from mandatory sentencing. Based on our analysis of your individual gun charge, our defense firm will strategize how best to handle the case. Just call us at (201)-556-1570 for a free consultation. A lawyer is standing by.