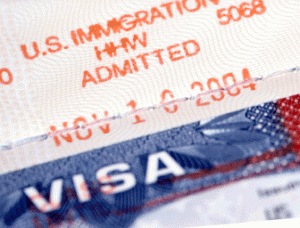 Arrested in Paramus for Shoplifting? Call Us Now

In a recent case in Paramus Municipal Court, my client was facing charges for shoplifting, which could have resulted in a jail sentence, in addition to spelling negative implications for her immigration status.

After successfully negotiating the amendment of these charges to disorderly conduct, I was able to further assist my client by facilitating her admission into New Jersey’s Conditional Dismissal Program in Municipal Court. Provided that she successfully completes this program, the amended charges against my client will be dismissed.

Under New Jersey law, shoplifting charges are codified by N.J.S.A. 2C:20-11, and can be considered second, third, or fourth degree indictable felonies, or disorderly persons offenses, depending on the value of the property associated with the alleged offense. In this case, my client was charged with a disorderly persons offense, punishable by a term of imprisonment of up to 6 months in the county jail, as well as a fine of up to $1,000, and a charge on her criminal record.

My client’s immigration status represented a collateral issue in this case, as shoplifting constitutes a crime of moral turpitude. Crimes involving moral turpitude can lead to serious immigration issues for defendants who are not citizens of the United States, as a conviction can result in consequences such as ineligibility for a green card or in the most severe circumstances, deportation. With this in mind, it was imperative that my client avoid a conviction for a shoplifting charge. In order to achieve this, I successfully negotiated the amendment of the charges against her to disorderly conduct, which is not classified as a crime of moral turpitude.

I was able to further assist my client by resolving the case through her admission into New Jersey’s Conditional Dismissal Program in Municipal Court. This diversionary program applies to defendants facing charges in Municipal Court who meet a specific set of criteria. In order to be eligible for the program, the defendant’s case must involve charges for a disorderly persons or petty disorderly persons offense. Additionally, he or she must have no prior criminal record and have never been previously enrolled in a diversionary program such as  PTI, conditional dismissal, or conditional discharge. Notably, those facing domestic violence-related charges are not eligible for the conditional dismissal program.

If a defendant is, in fact, admitted to the program, the court will suspend his or her charges for a one-year probationary period. Provided that the individual remains arrest free during that time and complies with the conditions of the program, the charges are dismissed in their entirety at the end of one year. This means that my client will have no criminal record upon her successful completion of the conditional dismissal program, six months after which she will become eligible to expunge any record of the original arrest.

Overall, this was an extremely desirable outcome for my client, which will benefit her in multiple areas of her life.