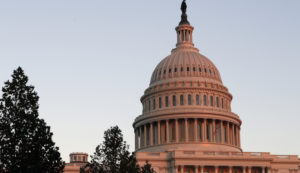 In his last state-of-the-state address, New Jersey Governor Chris Christie talked marijuana legalization, prescription drug policy reform, and the expansion of drug rehabilitation programs as an alternative to incarceration for those convicted of drug crimes in New Jersey.

On Tuesday, January 10th, Christie gave his seventh state-of-the-state speech, the last of its kind during his time as the Governor of New Jersey. While he discussed several issues, including employment, the economy, and the budget, the State’s drug policy was among the prevailing issues in the address. The governor discussed current problems with New Jersey’s drug laws, vigorously opposed the legalization of marijuana, and proposed several reforms to prescription drug policy. In this article, we will utilize Christie’s comments as a springboard to further examine the current drug laws in New Jersey, and the ways in which he proposes to modify them.

In his address, Governor Christie harshly criticized the idea of legalizing marijuana. He said, ‘”If you try any drug by the age of 13, you have a 70 percent chance of developing addiction in the next seven years. I hope that this will give pause to those who are blindly pushing ahead to legalize another illicit drug in our state for tax revenue or by saying it will cause no harm.” Under current law, New Jersey allows the medical use of marijuana for the treatment of certain conditions, including: cancer, HIV and AIDS, Multiple Sclerosis, Seizures, and Crohn’s disease. As for those who are not diagnosed with an eligible condition, prescribed marijuana by a licensed professional, and do not obtain marijuana from a state-run dispensary (in a quantity of no more than 2 ounces per month), the possession of marijuana is strictly prohibited.

In fact, New Jersey outlaws a myriad of marijuana-related offenses. For example, possession of any amount of marijuana is a criminal offense codified in  N.J.S.A. 2C:35-10(a). Possession of 50 grams or less is a disorderly persons offense, while possession of more than 50 grams is a fourth degree crime. Additionally, it is illegal to manufacture, distribute, dispense, or possess marijuana with intent to distribute in New Jersey. These offenses are outlined in N.J.S.A. 2C:35-5, and the degree of these crimes varies based on the amount (the measured weight) of marijuana associated with the alleged offense. Depending on the circumstances of the specific case, a violation of N.J.S.A. 2C:35-5, can be charged as a first, second, third, or fourth degree crime, all of which are indictable felonies in New Jersey. While Governor Christie encouraged lawmakers to maintain the State’s current enforcement of marijuana laws, many believe marijuana will be legalized after he leaves office.

Another focus of the Governor’s speech was the prescribing practices related to prescription drugs in New Jersey. He suggested that the Department of Law and Public Safety should enact stricter limits to the prescription of opioids, reducing prescriptions for painkillers from 30 days to 5 days. Christie pointed to the fact that 4 out of 5 people who become addicted to opioids (painkillers like Oxycontin, Percocet, and Oxycodone), move on to heroin when they no longer have access to the prescription medication.

With the ever-evolving nature of criminal law in New Jersey, current drug policy may change over time. Until then, the State is likely to continue its aggressive enforcement of drug laws and prosecution of alleged drug offenders. When you face marijuana or prescription drug charges in New Jersey, it is essential to understand all of your legal options and available defenses. At The Tormey Law Firm, we attack the State’s case in pursuit of the best possible outcome. To discuss your case with one of our highly knowledgeable criminal defense lawyers, contact our offices today at (201)-556-1570 for a free consultation.