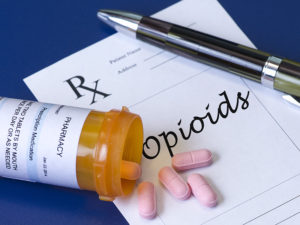 Being arrested for painkillers or other prescription drugs in New Jersey is frightening for anyone. Fortunately, a prescription drug charge is by no means a conviction. In fact, there are numerous defense strategies which may lead to the dismissal of the charges, as well as diversionary programs available to first-time drug offenders. At The Tormey Law Firm, our highly experienced New Jersey drug charges defense lawyers successfully represent clients charged with possession and distribution of prescription drugs on a regular basis. Using strategies that challenge the validity of the motor vehicle stop, search and seizure, chain of custody, lab reports, and many other components of drug cases has yielded superior results for thousands of our clients.

We also routinely secure our clients’ enrollment in diversionary programs such as Conditional Discharge, Drug Court, and Pre-Trial Intervention (PTI). Through successful completion of these programs, defendants charged with drug crimes are able to achieve the dismissal of the charges against them. If you or someone you love is facing prescription drug charges in Bergen County, Morris County, Essex County, or elsewhere in New Jersey, contact our offices today at (201)-556-1570 for a cost-free consultation. One of our seasoned criminal defense attorneys will be happy to answer all of your questions and discuss your potential options.

Charges for Opioids and Painkillers in New Jersey

The classification of “prescription drug opioids” encompasses painkillers like Oxycontin, Percocet, Oxycodone, Methadone, Vicodin, Fentanyl, Morphine, and Codeine. In New Jersey, possessing a prescription drug without a valid prescription is a serious crime. New Jersey’s Prescription Drug Statute, N.J.S.A. 2C:35-10.5, governs prescription drug offenses involving possession and distribution of these medications. Under this statute, prescription drug charges can range in severity from disorderly persons offenses to second degree crimes, depending on the number of units or pills involved in the alleged offense. Specifically, the guidelines are as follows.

Possession of 4 or fewer units or pills of a prescription drug is a disorderly persons offense, which is handled in the local municipal court in the municipality in which the alleged offense occurred. These charges may result in a sentence to serve up to 6 months in the county jail and a fine of up to $1,000. Offenses involving distribution and/or possession of more pills are considered indictable felonies in New Jersey, which are handled in the Superior Court in the county in which the alleged offense occurred. These offenses include the following:

The New Jersey State Senate passed a bill that will place strict limits on prescriptions for opioids to New Jersey patients. The bill is a legislative step toward combating addiction to painkillers, which has reached epidemic levels in New Jersey and across the country. While it will affect doctors and patients, it may also have serious consequences for those accused of illegally possessing or distributing prescription drugs.

The aforementioned legislation, Bill S3/A3, was passed by the NJ Senate with a 33 to 0 majority on Monday, February 6th. Its passage comes after Governor Chris Christie, in his January 10th final State of the State address, requested that lawmakers pass a bill within the next 30 days for his signature. Governor Christie has publicly classified the addiction to heroin and prescription painkillers as an emergency. The data to support this contention is striking. Currently, 4 out of 5 people who become addicted to opioid prescription drugs turn to heroin when they no longer have access to the prescription medication. According to the New Jersey Attorney General’s Office, heroin and prescription opioid overdoses claimed nearly 1,000 lives in New Jersey in 2016.

To confront the growing problem with heroin and prescription opioids, Bill S3/A3 issues new prescribing limits on the prescription of opioid medications, stating the following “A practitioner shall not issue an initial prescription for an opioid drug which is a prescription drug as defined in section 2 of P.L.2003, c.280 (C.45:14-41) in a quantity exceeding a five-day supply for treatment of acute pain.” In other words, an initial painkiller prescription cannot contain more than a 5-day supply. The intention of this limit is to prevent patients from becoming addicted to these powerful controlled dangerous substances.

For additional information pertaining to the above legislation, access the following article: N.J. Senate votes to curb prescriptions of opioid painkillers