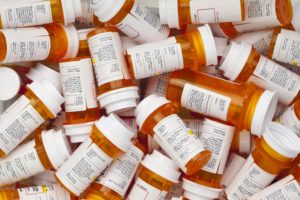 The opioid epidemic has been a significant topic of discussion in the last few years. It has also been a major focus for New Jersey Governor Chris Christie, who now serves as the chairman of the opioid commission under the current administration. According to Governor Christie, officials in Washington are now partnering with pharmaceutical companies to deal with the opioid crisis.

In press conference held on Monday, September 18th, Governor Christie announced a new agreement between those in government and the pharmaceutical industry. Specifically, drug manufacturers have agreed to begin research and development on nonaddictive pain medications and other alternatives to combat the rampant addiction to painkillers that has swept the United States.

With regard to the agreement, Christie explained: “This problem will not be addressed sufficiently in our country if we don’t have the active involvement and partnership with the pharmaceutical companies. Without their help and their participation it will be near impossible to be able accomplish what we need to accomplish for the American people.”

The governor said that this partnership was among the critical recommendations included in the opioid commission’s interim report. Here are a few of the key statistics noted in the report that will likely shock you:

Notably, the opioid commission recognized a massive problem with current policy on addiction: lawmakers have enacted tons of laws against prescription drugs and tightened regulations for prescribing and dispensing. The problem is that this leads people already addicted to painkillers like Oxycodone to street drugs like heroin, which are easier to get and far less expensive.

For instance, New Jersey has some of the strictest drug laws in the country. The New Jersey Statute that governs prescription drugs, including opioids, is N.J.S.A. 2C:35-10.5. According to this law, it is considered a drug crime to be in possession of any prescription drug in the New Jersey Drug Schedules without a valid prescription. The more drugs you have in your possession, the worse off you are. The same goes for intent to distribute. In fact, the laws are so strict in New Jersey that it is considered a drug crime to keep your pills outside of the original bottle.

Fortunately, policy makers are beginning to recognize that people should not be sent to jail for nonviolent drug offenses. New Jersey has several programs available to first-time drug offenders that allow them to complete a period of probation and ultimately have their charges dismissed. For instance, in Municipal Court you can enroll in Conditional Discharge to resolve a disorderly persons drug offense if you have no prior record and have never used one of these programs before. For Superior Court cases involving felony drug charges, a person may be able to use Pre-trial Intervention (PTI) as a diversion to avoid jail and a criminal conviction.

Charged for Painkillers in New Jersey?

If you have been arrested on prescription drug charges for possession, distribution, or intent to distribute OxyContin or another pain medication in New Jersey, you have options. There are multiple defenses that can be used to have these charges dismissed and you may be eligible for a diversionary program. At The Tormey Law Firm, we have successfully resolved thousands of drug cases in courts across New Jersey. Contact us online or by phone at 201-556-1570 for a free consultation with an experienced NJ prescription drugs lawyer.

For additional information related to this matter, access the following article: Christie: Drugmakers agree to work on nonaddictive pain meds