A recent decision regarding the Knock and Announce Rule for search warrants spells significant implications for criminal procedure and evidence suppression when defendants are charged with crimes after these types of searches in New Jersey. 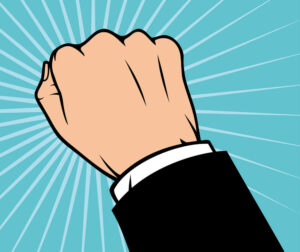 In State v. Caronna, the New Jersey Supreme Court ruled that the suppression of drugs seized from an illegal search and seizure based on a knock and announce violation, complies with the New Jersey Constitution’s Article 1, paragraph 7. In this case, the police defied a knock-and-announce order in a warrant to search and seize defendant Caronna’s property. However, the police did not knock and announce themselves before entering. Instead, they walked in the unlocked apartment door they were to search unannounced until they walked up the stairs and met the occupant in her bedroom. Since law enforcement violated the mandatory procedure for the knock and announce component of search warrant rules, the state’s highest court affirmed this as grounds to suppress the evidence obtained during the search that followed.

After resolving the question of suppression, the New Jersey Supreme Court then faced whether an exception to the exclusionary rule applied to allow the contraband into evidence as per the United States Supreme Court precedent in the case of Hudson vs. Michigan.

The New Jersey Supreme Court first concedes in its opinion that the New Jersey Constitution is stricter than the U.S. Constitution when it comes to unreasonable searches and seizures. Since the New Jersey Constitution provides greater protection against illegal searches and seizures, the court determined that the lower court correctly suppressed the evidence, the drugs in this case, so that the prosecutor could not use the evidence against the defendant. When law enforcement violates the search and seizure protections, the evidence they seize is subject to a motion to suppress. However, the Attorney General’s office argued that the lower court did not need to suppress the evidence, citing the United States Supreme Court precedent in Hudson.

What the State Argued

The Attorney General’s office and the police officers who violated the warrant requirements argued that the United States Supreme Court decision in Hudson should guide the decision. They further asserted that the lower court judge should not have suppressed the evidence obtained by the warrant in question due to the exceptions to the exclusionary rule. The exceptions include other means by which the court could fulfill the aims of the exclusionary rule. The exclusionary rule means to deter overreaching police behavior and safeguard the defendant’s rights not to be unduly intruded upon by the state.

The police and Attorney General’s office assert that a victim of an illegal search and seizure has the means to punish the officers and thus, keep them motivated to abide by the constitution’s protection against overreaching intrusion into people’s private lives. In other words, there are other means to redress the wrongs when the police do overreach. For example, police body cameras keep police motivated to follow the law and civil lawsuits against the police when they break the law.

What the Court Decided

The New Jersey court reasoned that the police, in this case, did have body cams and still ignored the warrant they obtained with the knock-and-announce mandate. They also concluded Article I, paragraph 7 of the state constitution deters police from conducting an illegal search and seizure, protects residents from unlawful searches and seizures, and upholds the law. More importantly, the police gave no good reason for ignoring the knock-and-announce order.

The court further explained the roles of the state and federal laws and courts. They clarified that the U.S. Constitution’s Fourth Amendment sets forth the minimum amount of protection against illegal search and seizure by the police. At the same time, New Jersey’s constitution goes further to protect citizens. The court also explained that each state’s right to make the laws that suit their residents best, so long as the statutes do not contradict federal law. Besides, the police in the Hudson case did announce their presence before entering the property in question. However, that was not the case before the New Jersey Supreme court here. As such, the Attorney General and the police did not successfully persuade the court that the Hudson precedent should prevail.

After countering the state’s argument, the court reiterated a defendant’s automatic right to move a court to suppress evidence produced by an illegal search and seizure. They emphasize that the constitutional imperative that police officers knock and announce their presence and the exclusionary rule (excluding evidence illegally obtained) are two legal principles critical to a reasonable search and seizure. The court reasoned that one could assume that a violation of the warrant that requires a knock and announcement is invalid, especially since the law enforcement agent who sought the warrant could have asked for a no-knock warrant but did not. The apparent reason for a knock-and-announce warrant is to protect law enforcement safety upon entering someone’s property and preserve evidence that suspects could destroy.

What this Case Means for Criminal Defendants and Prosecutors

The exclusionary rule to the 4th Amendment and New Jersey’s constitution deters faulty police conduct and gives meaning and force to the Fourth Amendment. Without it, the right to be free from unlawful governmental intrusion has no teeth and sends a message that breaking the law when it comes to violating citizens’ rights is acceptable. The New Jersey Supreme Court definitively parts ways with the United States Supreme Court’s erosion of the exclusionary rule by bolstering it as sacred protection of people’s constitutional rights.

The implications for prosecutors and defendants are significant following this New Jersey case. Based on this landmark ruling, a motion to suppress illegally obtained evidence from a violated knock-and-announce warrant is more likely to be granted. For criminal defendants and their attorneys, the case means that evidence acquired based on police who fail to follow the knock and announce requirement of a warrant can offer a valid grounds for a motion to suppress. When evidence of drugs is thrown out from a successful motion to suppress, the prosecutor is likely unable to prove a drug possession or distribution charge, or their case is significantly weaker without police evidence of the drugs found at the accused’s residence or business. This applies to more than drugs as well. For instance, it can also be applicable in weapons cases involving illegal searches. Lastly, for law enforcement, it means that they are not as likely to get away with an illegal search and seizure that violates a person’s rights.

Police Came Knocking and You Ended up Arrested in NJ? Get Legal Help

If the police arrested you or you are facing charges after a search of your home or business in New Jersey, contact the criminal defense lawyers at The Tormey Law Firm to discuss what happened. We can analyze the warrant that was issued, whether it be a knock or no-knock warrant, and ascertain what police were required to do in accordance with the search warrant in your case. Beyond that, we fight to get evidence suppressed if the search had a knock and announce component but the officers walked into your residence without announcing their presence and reason for being there. To consult with one of our talented criminal attorneys free of charge, call (201)-556-1570 or contact us online today.