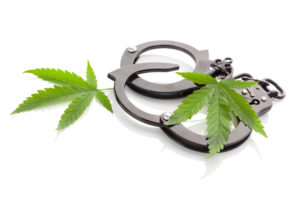 In Fort Lee, whether you are strolling along the Hudson, enjoying a picnic lunch in Historic Fort Lee Park, or just stopping in on your way to MetLife Stadium, you may be stopped and arrested for marijuana. A simple trip to Fort Lee can turn into a stressful event that requires you to attend court to answer to criminal charges that, believe or not, can land you in jail. Before choosing an attorney and going to court, it is important that you understand the basics of your charges. There are different types and degrees of marijuana charges, different courts that you may attend depending on the degree of your marijuana offense, and the potential consequences for each level of marijuana crime are distinct. For instance, facing a disorderly persons offense for possession of less than 50 grams of marijuana in Fort Lee Municipal Court will put you on a different track than someone facing third degree charges for possession of marijuana with intent to distribute in Bergen County Superior Court. No matter what charges you are facing after being arrested in Fort Lee for marijuana, the attorneys at The Tormey Law Firm are here to fight for you. Having successfully resolved thousands of marijuana cases in the local area during our careers, we have what it takes to put up your best defense. Contact us at (201) 556-1570 for a free consultation.

It is illegal to knowingly possess or constructively possess marijuana in Fort Lee and elsewhere in New Jersey. No matter what you have heard from your friends, relatives, or social media, marijuana is not legal in this state. The only way in which a person can legally possess marijuana is with a valid prescription from a doctor, which is relatively uncommon when compared with the thousands of people who are arrested and charged with illegal possession of marijuana each year. Unfortunately, people are either ignorant of the law or just simply choose to possess marijuana for personal use. If you are caught with the marijuana in Fort Lee, you are likely to be charged with a criminal offense. The complaint that the police can lodge against you for marijuana possession is either an indictable (felony) offense or a disorderly persons offense (misdemeanor).

In the case of marijuana possession in the typical sense, the difference between felony possession and misdemeanor possession is the quantity of the marijuana possessed. For instance, if you possess less than 50 grams of marijuana, you will be charged with a disorderly persons/misdemeanor offense and sent to Fort Lee Municipal Court, located at Fort Lee Borough Hall, 309 Main Street, Room G-01, Fort Lee, NJ 07024. Possession of less than 50 grams is likely the most commonly charged marijuana offense, as most people have it in the form of a joint, packed in a bowl, or just in a plastic baggie ready for personal use.

Conversely, if you possess greater than 50 grams, you will be charged with an indictable fourth degree crime and will attend court in Bergen County Superior Court located at 10 Main Street, Hackensack, NJ 07601. Additionally, there are other forms of marijuana that will result in indictable felony charges. For example, possessing synthetic marijuana will subject you to either a third degree or fourth degree felony offense. Similarly, possessing marijuana oils, butter, or having THC in a vape or electronic cigarette which is used for vaping, is a fourth degree crime.

Possession of Marijuana with Intent to Distribute in Fort Lee

What are the Penalties for Fort Lee Marijuana Charges?

Every offense in New Jersey has fines and penalties that must be assessed if convicted. The fines range from tens of thousands to less than $100. Similarly, depending on the degree of the crime, you can spend as much as decades in state prison or as little as 180 days in the county jail. The degree of the crime dictates the amount of time in jail that you can be sentenced to, as well as the amount of fines you will be ordered to pay.

For instance, for a disorderly persons offense for possession of less than 50 grams of marijuana, a judge can sentence you to up to 180 days in the county jail. They may also order you to pay a mandatory Drug Enforcement Demand Reduction Penalty of $500 (DEDR), a $75 Safe Neighborhood Fund Fee (SNF), $50 Victims Compensation Agency fee (VCCA), $33 in court costs, and your license and your right to drive in this state can be suspended for 6-25 months. Additionally, the Judge has the discretion to sentence you to pay an additional $1,000 in fines and to be placed on probation.

If you are charged with a felony marijuana offense, the penalties can drastically increase with the degree of the offense. For example, in the case of a fourth degree felony for marijuana, you may be ordered to pay a $750 Drug Enforcement Demand Reduction Penalty, $75 (SNF), $50 VCCA, $50 lab fee, the cost of DNA testing, and up to $35,000 in discretionary fines. To make matters worse, you could go to state prison for 12-18 months and then be saddled with a criminal record when you get out.

In the most extreme circumstances, you can be charged with possession with intent to distribute or distribution of marijuana. If you possess between 1 ounce and 5 pounds, you will be charged with a third degree crime, for which you can spend between 3 and 5 years in prison, and be ordered to pay up $35,000 in fines, as well as mandatory $1000 DEDR penalty among other penalties. Even worse is if you have the misfortune of being charged with a second degree crime, for which the minimum state prison term you will be given is 5 years, with a maximum of 10. The discretionary fines increase to $150,000 in these cases. Lastly, possession with the intent to distribute marijuana in an amount of 25 pounds or more could land you in prison on a first degree felony for 10-20 years.

How to Handle a Fort Lee Marijuana Case

There are numerous ways that marijuana cases arising in Fort Lee, New Jersey can be resolved. In some cases, the charges can be downgraded from a felony to a misdemeanor or to a lesser-degree felony offense. Additionally, if charged with a marijuana disorderly persons offense as a first-time offender, you may be able to obtain a conditional discharge, which will result in a dismissal if all conditions are satisfied during a probationary term. Similarly, if charged with a felony for marijuana as a first time offender, you may be given Pre-trial Intervention (PTI), which will also result in a dismissal if you complete the program.

In other cases, we may file a motion to suppress evidence as a result of the stop, or a warrantless search, or challenge the sufficiency of the evidence for another reason. In other cases, no resolution will prove right for you except at trial, in which case our attorneys will construct and execute your best defense strategy. To learn more about how to beat a marijuana case, check out our video series on the subject.

Find Help from a Fort Lee NJ Marijuana Lawyer Near You

No matter what degree of crime you are charged with for marijuana in Fort Lee NJ, you face consequences that can destroy your peace of mind and upset not only your quality of life, but those around you as well. Fortunately, there are things that can be done to fight your case and get the results you deserve. Contact our Fort Lee Marijuana Defense Lawyers at The Tormey Law Firm for a free consultation concerning your case by calling 201-556-1570 or contacting us online to request a free legal consultation. A member of our team is available immediately to assist you.