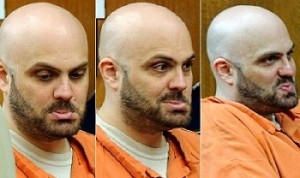 A drug distribution charge in Bergen County can be devastating for you and those you love. Whether you have been accused of selling heroin, cocaine, ecstasy, prescription drugs like Xanax or Oxycontin, or another controlled substance, the experienced criminal defense lawyers at The Tormey Law Firm can help. Our team of attorneys appears in courts throughout Bergen County on a weekly basis, including in Teaneck, Garfield, Fort Lee, Englewood, Paramus, and Mahwah. Our offices are conveniently located on State Street in Hackensack, which is just across the street from the Hackensack Municipal Court and a few blocks from the Bergen County Superior Court and Bergen County Jail. With a significant presence in the county for years, we have established a reputation for delivering superior results and fighting tooth and nail to protect our clients’ innocence. If you need help with a drug distribution or intent to distribute case in Bergen County or elsewhere in New Jersey, call 201-556-1570 for more information and to speak with an attorney free of charge.

What are the Consequences of Distributing, Intent to Distribute, Dealing CDS?

There are serious consequences for intending to distribute or actually distributing drugs in New Jersey. The statute that explains these charges, NJSA 2C: 35-5 applies to a broad range of controlled dangerous substances, which are included in the New Jersey Drug Schedules. The two major factors that influence the penalties you will face for drug distribution are the specific type of drug involved and how much of the drug you allegedly had and intended to sell. As you might expect, drug distribution involving heavier weights of marijuana have more severe consequences than smaller-scale distribution of weed. Similarly, charges for selling heroin, a schedule I controlled dangerous substance, entail harsher penalties for even the smallest quantities. It is important to speak with an experienced attorney about the degree of the drug charges you are facing in order to understand the possible penalties associated with a conviction and what defenses may be available to you.

A Bergen County grand jury recently issued an indictment against a former fugitive who was already facing drug and weapons-related charges. The new indictment charges the defendant with conspiracy and manufacturing, distributing, or dispensing a controlled dangerous substance, in connection with a drug distribution operation that the man was allegedly conducting while in custody at the Bergen County Jail.

36-year-old Staten Island resident Marcus Carter was originally facing a myriad of charges, stemming from an incident in which Carter was allegedly discovered in possession of two Raven Arms .25 caliber handguns, hollow-nose bullets, and 123 bags of cocaine, the street value of which was estimated at $7,500. As a result, he was charged with unlawful possession of a handgun, a “certain persons not to have weapons” offense, cocaine possession, cocaine distribution, possessing a weapon while committing a drug crime (drugs and guns offense), resisting arrest, and being a fugitive from justice.

Carter was ultimately taken into custody by a U.S. Marshal last August, after a lengthy chase on Route 3 in East Rutherford, New Jersey. His girlfriend, 24-year-old Staten Island resident Charmaine Coit, was also arrested in May but was released from the Bergen County Jail approximately three weeks ago after posting bail in the amount of $75,000.

The new indictment against Carter includes charges for conspiracy and manufacturing, distributing, or dispensing a controlled dangerous substance, as authorities have accused Carter of coordinating a drug distribution enterprise with Coit from the Bergen County Jail. Per reports, the two communicated via telephone in order to carry out the scheme. Coit has now been charged with these same offenses, while Carter’s bail was increased from $42,500 to $117,500.

The two will be subject to significant penalties if ultimately found guilty in each of their respective cases. Considering the sheer number of crimes for which Carter is facing charges, the seriousness of these offenses, and his criminal history, it is likely that he will not be shown leniency at the time of sentencing if convicted.

For more information pertaining to this case, access the following article: Ex-con, girlfriend charged with trying to sell drugs from Bergen County Jail