Facing a Weapons Charge for Domestic Violence in New Jersey 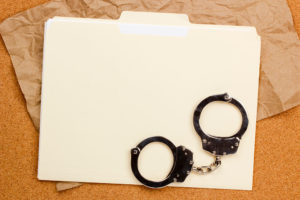 Weapons and firearms are sometimes interwoven in domestic violence cases. New Jersey takes both guns and domestic violence very seriously and does all it can to protect its citizens. In fact, the Prevention of Domestic Violence Act states that domestic violence is a serious crime against society and thousands of people throughout the State are regularly impacted by such acts. The Act goes on to read that victims come from all types of social and economic backgrounds and moreover, the reach of domestic violence adversely harms children and the elderly. As such, it is the intent of the Legislature to protect victims by providing emergent relief in the form of both civil and criminal remedies.

A person protected by the statute is not just anyone. Many individuals think they can seek a restraining order against anyone that annoys them, such as a neighbor or co-worker. That is not the case. The Act is there to protect people who are involved in abusive and controlling domestic relationships. Thus, in order to seek protection and be considered a protected individual, you must be a spouse, ex-spouse, partner, or ex-partner. Also, if you share a child with another or are a member of the same household, you will qualify for protection in the form of a restraining order.

Domestic Violence with a Weapon Allegations in New Jersey

Many of the statutory offenses listed in the Domestic Violence Act could involve a weapon. Obviously, a weapon could be used to commit the offense of homicide. Likewise, a gun or knife could be utilized to assault another person. Similarly, a dangerous weapon could be used to threaten someone, and it could be used in the commission of a kidnapping, false imprisonment, or burglary. Under any of these circumstances, the person accused could face charges for the underlying crime itself and possession of a weapon for an unlawful purpose.

It is also important to keep in mind, weapons are not limited to the most apparent devices such as guns or knives. Almost anything can be considered as a dangerous weapon under New Jersey law. In fact, the statutory definition in our criminal code provides that a deadly weapon is any device, instrument, material, or substance that is capable of producing death or serious bodily injury.

In most cases where there are serious allegations being made, that being, claims asserting violence and the use of weapons, a companion criminal case is filed. Typically, where there is a weapon involved, assault charges are brought. The assault statute, which is codified under N.J.S.A. 2C:12-1, prohibits anyone from knowingly, recklessly, or negligently harming another person with a deadly weapon. The statute also forbids the pointing of a firearm in the direction of another regardless of whether the gun is loaded or unloaded. Please note, the gun does not have to be discharged and the person does not have to be injured. The simple act of pointing the gun at someone is criminalized. In that same vein, the victim does not have to see a gun. A person can place their hand underneath their shirt or pretend a gun is in their pocket and such conduct would violate the statute.

Another common related criminal charge is unlawful possession of a firearm. This offense is not part of the Domestic Violence Act but nevertheless, it is a very, very serious charge in New Jersey. The reason the offense is so severe and worth discussing is the consequences that flow from being convicted. If a person is convicted of unlawfully possessing a firearm, they are guilty of a crime of the second degree. As such, they may be sentenced to five to ten years in prison. On top of that, and what makes this charge so harsh, is the Judge must sentence the individual to at least three and a half years in prison. This sentencing mandate is called the Graves Act.

If you have been charged with a weapons offense involving domestic violence in New Jersey, the highly skilled and experienced domestic violence weapons defense lawyers at The Tormey Law Firm are here for you. Searching for legal help is the right move when you have penalties for a weapons crime, related domestic violence charges, and potentially a restraining order hanging over your head. Our attorneys have successfully defended countless clients in Bergen County, Morris County, Essex County, Passaic County, Monmouth County, Union County, and across New Jersey, gaining invaluable knowledge into the best ways to beat a weapons case. What we do is at your disposal, so please call (201)-556-1570 or fill out an online form requesting a free consultation.

« You Can't be Charged with Contempt for Violating Most Pretrial Release Conditions, NJ Supreme Court Decides
You can be Arrested for Possessing Large Capacity Magazines in NJ »