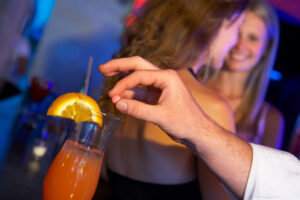 At the heart of sexual assault is non-consensual sexual penetration, often by force, but it also includes statutory rape and date rape. Date rape is a general term used to refer to sex crimes in which a person’s date, acquaintance, fellow student, party-goer, or someone else they know sexually assaults them. Not all date rapes occur by force, however. A person alleging sexual assault may contend that they were drugged or under the influence of alcohol when assaulted. They may have been unconscious. And since date rape charges are fundamentally based on consent and ability to consent, these cases can involve an array of evidence, such as physical evidence and victim testimony. If someone in New Jersey is convicted of violating its laws against date rape, the penalties are stiff and potentially lifelong. As such, if you or someone you know is up on charges for date rape, you need to know what to expect and what you can do to best handle your defense.

Date rape is typically a thought of as someone who gets their date drunk or high and takes advantage of them, or secretly slips drugs in their date’s drink so that they are defenseless. Alcohol renders many people confused and thus vulnerable to sexual assault when out with a person they just met or even someone they know well. The drunk person may not be able to fend off a sexual attack. Likewise, when a person drugs a victim with a date rape drug, commonly known as “roofies,” they aim to render their date defenseless. Flunitrazepam, gamma-hydroxybutyric acid (GHB), ketamine, or gamma-butyrolactone (GBL) are all common date rape drugs found at clubs, bars, or parties. These powerful drugs are also associated with sexual assault. Overall, consent by a drunk, high, or drugged person is invalid, regardless of how they became intoxicated.

What is the Charge for Date Rape in New Jersey?

In juvenile cases, depending on the respective ages of the defendant and the victim and what is alleged, a juvenile may face time in juvenile detention or even be at risk of being charged as an adult. And if the accused is a juvenile, they too must register as a sex offender.

Is there a Statute of Limitations for Date Rape in NJ?

Finally, you could be arrested and prosecuted for date rape years after the alleged incident. There is no statute of limitations for prosecuting date rape, so you could be charged with sexual assault for a night out with the claimed victim that occurred ten years ago. Imagine a wild night out in college that haunts you ten years later when you have a lucrative career and a family. But anyone who faces criminal charges for date rape, regardless of when the victim claims the incident occurred, is going to need powerful representation. After listening to your account of the alleged incident, a well-versed sex crimes attorney can determine the best defense strategy. For instance, it may focus on the victim’s original and continued consent to sexual acts as a defense. Evidence of permission may appear in texts or emails leading up to the date and thereafter.

If caught with date rape drugs, the accused may face not only sexual assault charges but also drug charges. Date rape drugs, known on the street as “roofies,” are prescription drugs. Without a prescription, a person possessing pharmaceuticals may be subject to additional penalties and charges against them. For instance, according to N.J.S.A. 2C:35-10.2, a person in possession of GHB is guilty of a third degree crime carrying a three-to-five-year prison term and up to $100,000.00 in fines. GHB is a Schedule I Controlled Dangerous Substance in New Jersey. And depending on how much of a drug the accused has on them, they could face second or first degree manufacturing and distribution charges, facing up to 20 years incarcerated with up to $250,000.00 in fines to pay.

Charged with Date Rape in NJ? Contact Us Today

If you have been accused, arrested, or charged with a crime for date rape in New Jersey, the first thing you should do is speak to an experienced defense attorney before you talk to anyone else. Constructing an effective defense begins right from the start. Beyond your attorney, it is important not to talk to the police or anyone about an accusation of date rape. Since your story and your accuser’s story will be critical to the court’s decision, you want to make sure you do not discuss what happened with anyone. The New Jersey criminal lawyers at The Tormey Law Firm are poised to attack the state’s case in your defense.

No matter where the charges arose, we help with fighting date rape prosecutions statewide, such as Bergen County, Union County, Hudson County, Ocean County, Middlesex County, Essex County, and Passaic County. Call us today for a free consultation about your case at (201)-556-1570. You can also send us a message to begin strategizing your top date rape defense. Learn more about protecting your rights in a sex crimes investigation to further your knowledge base.