Can You Legally Possess a Knife in New Jersey? 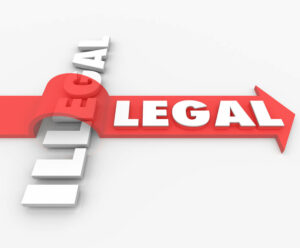 Is it Legal to Carry a Knife in NJ

You want may to know if knife possession is legal under New Jersey law. You could get arrested for having a knife on you in New Jersey, but like many laws surrounding weapons, it depends on the blade, place, and purpose. A butter knife that you use in your kitchen is not the same as carrying a dagger in your car or at a party. According to New Jersey law, specific knives are illegal weapons, and you may not have them around, especially on school grounds. While you may innocently possess a knife for hunting or fishing, work in the culinary arena, or give it as a gift, you best not get caught by the police with an illegal knife on your person or in your car. Weapons violation charges of all kinds, including those for knives, carry lengthy prison sentences.

Outside your home, you may not carry a knife for no apparent lawful purpose. Also, knives considered prohibited weapons, such as switchblades, daggers, stilettos, dirks, and ballistic or gravity knives, are against the law to have outside your home. They are illegal to possess or carry under any circumstances and deemed dangerous knives. Neither can you manufacture, sell or distribute illegal knives unless you are a licensed dealer (N.J.S.A. 2C:39-9(d)). Otherwise, you face charges for a fourth degree indictable crime. Selling a 10-inch or longer hunting, fishing, or another knife with a five-inch blade or longer to a minor (N.J.S.A. 2C:39-9.1) or transporting a prohibited knife without a license are also fourth degree crimes (N.J.S.A.2C:39-9(d)).

N.J.S.A. 2C:39-1 defines the many different types of weapons in New Jersey, such as firearms, stun guns, and various knives. Depending on the type of knife, such as a gravity knife, switchblade, or ballistic knife, it may be illegal under the law and perceived as an offensive weapon. All prohibited knives are capable of severe harm, and thus, illegal. In addition, carrying any knife for no apparent lawful purpose is a fourth degree crime. Furthermore, having a knife for an unlawful purpose is a third degree crime. A steak knife is innocent in the kitchen or on a restaurant table. However, if the police catch you threatening someone with the steak knife, they can assume you are using the knife for an unlawful purpose.

Usually, people are charged with one or more of the following three offenses: possessing an illegal knife, possessing a knife for no apparent lawful use, or possessing a knife for an illegal purpose. Possessing knives that are prohibited weapons or devices in the New Jersey statutes is one violation under N.J.S.A. 2C:39-3. Another is having a knife without an apparent lawful purpose, which is yet another crime under N.J.S.A. 2C:39-5(d), the unlawful possession of a weapon law. This may suggest you can possess a stiletto, dagger, or machete at home and use it for self-defense against an intruder. In fact, that is what happened in State of New Jersey v. Montalvo, 162 A.3d 270 (2017), when the New Jersey Supreme Court acknowledged that self-defense is a possible defense to an illegal weapons possession charge when the weapon, a machete here, is used for self-protection. The right to bear arms for self-defense under the Constitution’s Second Amendment also pertains to weapons other than guns. Thus, not all potentially lethal knives are illegal under all circumstances.

Some types of knives are legal knives under NJ law, such as swords, pocket knives, Swiss Army Knives, Bowie Knives, Butterfly knives, Throwing Stars, and hunting and fishing knives. And yet, even legal knives can be the source of an illegal weapons possession charge. It depends on whether the knife is used for a manifestly lawful purpose. Now, perhaps there is no manifestly lawful purpose. This does not mean the weapon was intended to be used or actually used for an illegal purpose, which is a more serious crime.

Using or possessing a knife or any weapon for unlawful purposes, to rob an individual or business, for example, is always illegal under N.J.S.A. 2C:39-4. The grey area arises in using a knife under circumstances that do not suggest a knife’s typical use, or using a knife with intent to commit a crime or actually committing one. Thus, a pen knife may be fine on a camping trip where a user may carry it to open cans of food or cut sticks for a fire. However, that same pen knife held into a bar, where circumstances can turn that innocent tool into a weapon, may not be legal, depending on the circumstances. Let’s say you are accused of threatening another drunk patron with the knife, or using the knife to rob the bartender. Then, you have a severe weapons charge on your hands, meaning you could face prison time.

Charged with Illegally Possessing a Knife in NJ, What Should I do?

If you are facing any type of weapons charge for a knife, it is important to have a sharp criminal defense lawyer on your side who can help you avoid severe consequences. You may have an innocent reason for having a knife in your possession or carrying it somewhere, regardless of how law enforcement perceived the circumstances and your intention for the knife. You could have been returning a knife that someone left with you or forgot your work tools were in your pocket. You may even be falsely accused of threatening your ex or your spouse with a knife in a domestic violence dispute. Other defenses may include your ignorance of the knife’s existence, a legal knife, or your use of the knife for a lawful purpose. If the police obtained your knife illegally, that is also a defense. No matter what, you are smart to have a great weapons attorney who can look at all of the circumstances and facts of your case, raise defenses that effectively undermine whether you are guilty of a crime, or get crucial evidence deemed inadmissible.

Even if you have no strong defenses to win a not guilty verdict at trial, receive a lesser sentence for a downgraded charge, or have the charges dismissed due to violations of your constitutional rights, you may be able to get into the Pre-Trial Intervention Program if it is your first offense. This program allows you to serve a probationary term in a program designed as an option instead of prison. If you complete PTI, your case is dismissed. All of this may be possibility to best defend your illegal knife possession case. That is, if you have a lawyer who knows how to handle knife charges and defense due to vast experience in this particular legal realm.

Call the weapons defense lawyers at The Tormey Law Firm for experienced counsel and assistance with your knife-related criminal case. An attorney on our team is available now to talk through the details of your situation and explain the various ways we can help. Free consultations are provided anytime you need at (201)-556-1570.

Tags: Can I Carry a Knife in NJIs Knife Possession Legal in NJWhat Knives are Unlawful to Possess in NJWhat Type of Knife is Legal in NJ

« DRE Evidence is Sufficiently Reliable for Admissibility, According to Special Master
Big Updates to the New Jersey Jury Selection Process »