Can I be Removed from Megan’s Law After 15 Years if I Committed Another Offense Previously? 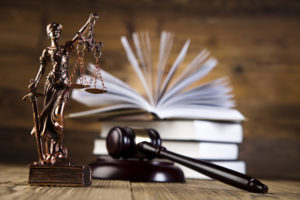 The issue before the Court is whether a registrant can be removed from Megan’s Law if they committed an offense following their registration but remained offense free for 15 years subsequent to the prior conviction.

In a consolidated case, HD and JM filed appeals to the Supreme Court seeking to be removed from Megan’s Law.  Both registrants were convicted of sexual related offenses and were required to register under Megan’s Law.  Specifically, in 1994, HD was found guilty of aggravated sexual contact and JM pled guilty to endangering the welfare of a child.  Many years later, both registrants committed subsequent offenses but the crimes were non sexual in nature.  More specifically, in 2001, HD was convicted of a computer crime and JM was found guilty for failing to register.  Fifteen years later and offense free, both HD and JM filed a motion to be removed from Megan’s Law.

The trial court denied their applications but the Appellate Division reversed the lower court’s decision.  The Appellate Court determined that the statute was unclear regarding the 15-year provision and further held that our Legistature did not intend to forever bar relief for someone who commits a minor offense.  Nevertheless, the State appealed and our Supreme Court reviewed the matter.

Megan’s Law registration is obligated for most individuals who are found guilty of committing a sexually based offense such as rape or sexual assault.  A registrant is required to provide his or her information to the local police and depending on the individual’s tier classification, the police will notify the community.  The purpose of the law is provide adequate notice to the neighborhood that a potentially dangerous individual is present and allow them to take protective action.

A person can petition the court to be relieved from registration if the person can show by clear and convincing evidence that he or she no longer poses a danger to the community and he or she has not committed an offense in 15 years.  In this case, the State argued that HD and JM cannot be removed from Megan’s Law because they committed a crime within 15 years after they were convicted of their respected Megan’s Law offenses.  On the other side, the registrants asserted they can be removed because “yes” they committed another crime but 15-years has passed since their last offense and therefore, they qualify for relief.

The Supreme Court examined the language in the Megan’s Law statute, which is codified under N.J.S.A. 2C:7-2.  The provision of the statute that allows a person to file a motion to be removed states, a person required to register under this act may make application to the Superior Court of this State to terminate the obligation upon proof that the person has not committed an offense within 15 years following conviction or release from a correctional facility for any term of imprisonment imposed, whichever is later, and is not likely to pose a threat to the safety of others.

Upon reading the plain language of the statute,

The Supreme Court ruled the 15-year period during which an eligible registrant must remain offense-free to qualify for registration relief commences upon his or her conviction or release from confinement for the sex offense that gave rise to his or her registration requirement.  Thus, an applicant seeking to removed from Megan’s Law must remain offense free for 15-years after the underlying Megan’s Law offense.

Therefore, moving forward, if a person is seeking to be removed from Megan’s Law, the individual must have a clean record and not have committed any offenses following the underlying offense.

It is unclear how this case will apply to individuals who commit ordinance violations or petty disorderly persons offenses.  It is also unclear if this ruling will bar an applicant who remained offense for 15 years and then committed an offense on the 16th or subsequent year.