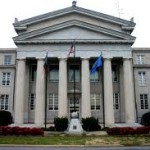 First, the alleged victim testified as to alleged assaults and threats made by my client. They had only dated for about six (6) months and the police were never called nor did the alleged victim receive any medical treatment for any alleged injuries. As a result, the only proof she had was her testimony and no other witnesses were presented to corroborate her story.

Then, we presented the defense which included the defendant, his father, and his ex-girlfriend who all testified that he was never violent and that, in fact, the father was home at the house when one alleged assault occurred and that the alleged victim did not make any cries for help or call the police, etc. after she was allegedly assaulted. Further, the alleged victim dropped off a “gift” package at the defendant’s home TWO days before she filed the restraining order. Along with the gifts was a note from her apologizing and telling the defendant that she loved him.

In order to obtain final restraining order (FRO) in New Jersey, a plaintiff must prove by a preponderance of the evidence that there was an act of domestic violence, a prior history of violence, and that it was reasonable for her to be in fear for her safety. She was unable to do that in this case.

This was a great result for the Tormey Law Firm and the client.