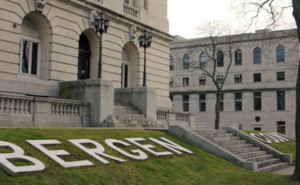 Our Hackensack burglary defense attorneys recently represented a man charged with the theft of several thousand dollars worth of audio equipment and other items from an unoccupied home, a crime of the third degree. He had been hired by the bank to take care of the landscaping for the home, as it had recently been foreclosed upon. The former occupants had moved into another residence, but many of their belongings were still in the home. One day, while the client was at the property taking care of the exterior, he went into the house and removed several items, placing them into the back of his truck. The value of these items was disputed, but the prosecutor claimed them to be worth approximately $3000, making the theft a third-degree criminal offense.

A third-degree offense carries with it a possible prison sentence of 3-5 years in state prison, as well as fines of up to $15,000. Since our client already had a criminal history, he did not enjoy a presumption of non-incarceration – that is, it was no guarantee that he would only get probation if he were convicted.

Further complicating the matter, our client was already on probation for another offense when he was charged with this offense, so he was subject to the possibility of additional jail time for the violation of his probation.

Through careful assessment of the merits of the State’s case and negotiations with the prosecutor, Christopher Perry of the Tormey Law Firm was able to get the case downgraded to a disorderly persons offense of theft, what would be called a “misdemeanor” in other states. While our client was required to pay restitution to the victim, that amount was significantly smaller than what was originally claimed. Additionally, his probation for the previous case was terminated without violation, and he was subject to no additional probation, jail, or fines for this case.

The result in this case was a tremendous success for our client and for the firm. Our client, who originally was facing up to 5 years in state prison, was able to pay a small amount of restitution and avoid any further probation or jail time. If you or someone you know is facing these or similar criminal charges, contact the Tormey Law Firm immediately in order to protect your rights and ensure that you get a fair day in Court.