Simple Assault as Grounds for a Restraining Order in New Jersey 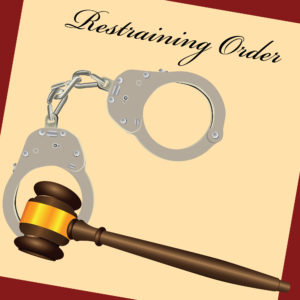 Simple Assault as an Act of Domestic Violence

There are two types of assault that fall under the umbrella of “domestic violence assault” in New Jersey, including simple assault and aggravated assault. Simple assault is the more common form of assault charge and it is also commonly used as grounds for a restraining order. According to the New Jersey statute that explains simple assault, NJSA 2C:12-1(a), this offense occurs when a person:

Notice that even an attempt to cause bodily injury is considered simple assault in New Jersey. “Bodily injury” has a broad definition, encompassing any physical harm or pain inflicted on another person. Simple assault can also involve threatening conduct that makes someone believe they are in immediate danger of suffering serious harm.

When considering the breadth of the language in the simple assault statute, it is easy to see how individuals can face restraining orders with simple assault as the basis.

It is important to note here that for a restraining order to be issued based on simple assault, the parties must qualify for a domestic violence relationship, meaning they are or have been married, are currently or formerly dating, are living or previously resided together, or share a child or are expecting a child. Without a qualified domestic violence relationship, simple assault can only result in criminal charges and cannot be used as grounds for a restraining order.

Restraining Orders Based on Simple Assault

If police at a domestic violence scene observe visible signs of injury, they must file a criminal complaint against the person they have reasonable basis to believe caused the injury. Unfortunately, sometimes two people will engage in a physical altercation where only one person comes away with signs of injury. This doesn’t mean that the fight wasn’t mutual but it often leads to charges against the person who doesn’t “look hurt.” Regardless of the circumstances, the person who police officers identify as the victim will also be given the option to file a restraining order.

In order for a final restraining order to be issued based on simple assault, there must be a final hearing before a Family Court judge in the Superior Court in the county where the TRO was issued. At the restraining order hearing, both parties are entitled to have an attorney representing them. Your attorney can help you prepare the most compelling case, which may include witnesses, photos of injuries and property damage, medical records, and other important forms of evidence that support your side of the story.

Get Answers about Simple Assault Restraining Orders in New Jersey

For more information about simple assault and domestic violence in New Jersey, please contact the knowledgeable criminal defense attorneys at The Tormey Law Firm at (201)-556-1570. Our lawyers have helped thousands of clients with restraining orders and simple assault charges in courts throughout New Jersey and we are here to answer your questions. Contact us for a free consultation anytime, day or night.