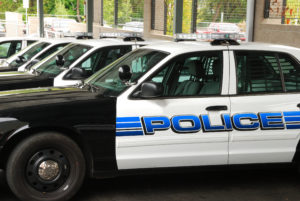 We were recently retained to represent a client who was charged with simple assault, a disorderly persons (misdemeanor) criminal offense, under N.J.S. 2C:12-1(a). This charge arose out of a domestic violence dispute between a husband and wife in North Bergen, NJ. Both parties had been drinking and the wife was charged with simple assault for allegedly striking the husband in the face during the argument. She is a very petite woman, barely 5 feet tall, and he is a large bodybuilder who weighs about 250 lbs. Needless to say, it was very difficult for her to do any damage or hurt him by striking him.

Our client, the defendant, has no prior criminal history. The parties have two little girls together and it was very important to resolve this case and keep the charge off the defendant’s record. The husband did not want to proceed with the case and was unwilling to testify against his wife. However, it’s not completely up to him. The police officer who filed the charges, the municipal prosecutor, and the Judge will all have input as to whether or not the charges get dismissed. But, without the alleged victim’s testimony, and no other witnesses to the alleged assault, the State would have a very difficult time proving this case beyond a reasonable doubt.

We obtained the police reports and all the discovery evidence from the State and appeared for a conference. At that point, the husband told the prosecutor he did not want to proceed with the case. Based on the lack of evidence, the prosecutor agreed to carry the case for three (3) months. As long as the parties had no other incidents during that time, the State would agree to dismiss the simple assault charge.

Arrested or Charged with Simple Assault in NJ? Contact Us Now

We went back to court after the 90 day carry order period had elapsed. The case was dismissed against our client. Now, she can file for an automatic expungement to have the arrest removed from her record as well.

Here is the review posted on google from our very satisfied client:

Jessica – “Travis is absolutely amazing! He took an unfortunate situation that I had and the stress associated with it and literally made me at complete ease and got the case dismissed. He’s kind and flexible. I would highly recommend!!”

If you or a loved one needs assistance with a domestic violence simple assault charge in NJ, contact our offices now for a free initial consultation.

« How a Criminal Conviction in New Jersey can Affect Your Life
Over 20,000 DWI Charges Undermined by Alcotest, NJ Supreme Court Rules »