What is the Difference Between a Restraining Order and an Extreme Risk Protection Order in NJ? 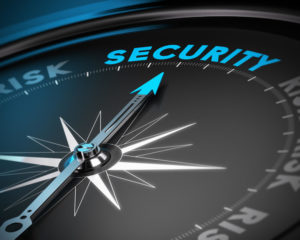 There are two types of protective orders that allow for the seizure and forfeiture of weapons and firearms ID cards in New Jersey, namely Domestic Violence Restraining Orders and Extreme Risk Protective Orders. Domestic abuse restraining orders, whether temporary or final, involve alleged acts of domestic violence, whereas Extreme Risk Protection Orders (ERPO) are used in cases where there is a risk of harm to the accused or others. The two orders are different and serve different purposes but both require that the weapons belonging to the accused be taken. When this happens, the person for whom the order is sought has a right to a hearing before their weapons must be permanently forfeited.

The Intention behind Protection Orders for Acts of Domestic Violence

The Prevention of Domestic Violence Act protects victims against future acts of domestic violence. The person who seeks the restraining order under the act is known as the protected party. To be a protected party, the person must assert that he or she is someone whom the act is designed to protect, such as a spouse, significant other, current or former household member, or a person with whom you have a child in common. Additionally, the protected party must assert at a hearing that you committed an act of domestic violence such as harassment, simple assault, or terroristic threats. The restraining order, if granted, is designed to protect the victim by precluding you from contacting them, their family members, or their children, coming near them, possibly ordering support or custody, by prohibiting communication in any way, and further directing police to seize your weapons.

The difference between a domestic violence restraining order and an extreme risk protection order is simple. The domestic violence restraining order is designed specifically to protect a victim from future harm by ordering specific conditions as noted above. The ERPO is designed to protect the accused from hurting him or herself or anyone else by seizing their weapons, not by ordering all of the provisions in a DV order. Essentially, with an ERPO the person filing the petition for the seizure of the weapons can be a police officer, household member, relative, school administrator, or someone with whom he or she has had a close relationship. This protection is achieved by seizing weapons and by prohibiting the person from obtaining firearms in the future. The individual subject to the order does not face additional conditions of a domestic violence protection order.

An ERPO often comes about when a family member is concerned about the mental health of the other person. For example, the person who owns the weapons may be suicidal and may have made suicidal statements or perhaps they are suffering from substance abuse. Generally, the person owning the weapons is alleged to be experiencing an emotional condition that needs intervention to prevent harm to himself or others.

Similar to vacating a domestic violence protection order, a final extreme risk protection order can be terminated or removed by making a successful application to the court responsible for the issuance of the order. Unlike a final restraining order, an ERPO cannot include provisions that the accused stop communicating with a specific person, restrain that person from going to a certain location or committing or threatening acts of abuse, order the payment of child support or include parenting time or custody. If this is sought, the person must file a protection from abuse order, not an ERPO.

What is the court process for an ERPO versus a domestic violence order?

Sometimes in the case of a restraining order, there is police involvement at the inception of the case. For example, an act such as simple assault or threats has been reported to the police and they in turn ask the alleged victim if they would like to apply for a temporary restraining order. The police can help process the application and place it before a municipal court judge who determines whether the temporary order should be issued. Likewise, the alleged victim can file the complaint on their own without police involvement. If the judge grants the temporary restraining order (TRO), he will set conditions including the seizure of firearms and restraint from the home if shared with the alleged victim. The TRO will be served upon the other party and the terms must be abided by until a final hearing when it is dismissed, or until further notice if the order stands and is made permanent.

The judge sets a date for a final hearing in the Superior Court Family Division in the county in which the alleged abuse occurred. At the final hearing, the court will listen to testimony, review the alleged victim’s complaint and any relevant evidence from both parties, and decide whether a final order should be issued. If the final restraining order (FRO) is granted, you are forever restrained from any contact with the victim and from owning or possessing firearms.

In the case involving an ERPO, the petitioner is the person or entity filing a petition for the ERPO. The petitioner will state the reason that the ERPO is sought. The temporary ERPO (TERPO) is heard the same day it is filed. Unlike DV orders, all ERPO proceedings are private and not open to the public. If the judge issues a temporary order, it will be served on the person whose rights are impacted (respondent). A final ERPO (FERPO) can be ordered after a final hearing is conducted in which the court listens to witnesses and decides whether the order is necessary to protect you or those around you.

How long do protection orders last for mental health vs. domestic violence?

One main difference in the two orders is that an ERPO has an expiration date within one year from the date of the final hearing. Both the petitioner and the respondent can apply to dissolve or continue the order if needed. If nothing is done, the order will lapse on the set expiration date. However, allowing the order to expire will not guarantee that your weapons will be returned. Should the petitioner want the weapons returned, he or she must apply for the return.

Can I defend against an order of protection that impacts my gun rights in New Jersey?

Ultimately, both of these orders are intended to protect, impact a person’ constitutional rights, and restrict gun ownership. Additionally, in the case of a restraining order, where you go, who you talk to, or even what you are allowed to do is impacted. At The Tormey Law Firm, our renowned lawyers have experience defending against both such orders of protection against our clients. We know what the court looks for in granting them and what can be done to serve your interests if you have been served with a temporary restraining order or extreme risk protection order in New Jersey. Take the first step in protecting your rights by calling (201)-556-1570 today. The consultation is always provided at no charge.