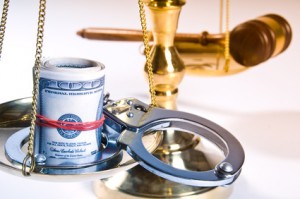 In a split decision, the New Jersey Supreme Court recently ruled police did not violate an alleged drunk driver’s constitutional rights by conducting a blood draw without a warrant. This case is extremely significant, as the Court may have created a loop hole for police looking for an exception to the warrant requirement when they’ve made an error in protocol during a DWI arrest.

The aforementioned case involved Shayna Zalcberg, who was driving with two passengers in Freehold Township in 2011 when her car collided with another vehicle. One of the passengers in Zalcberg’s car died in the crash. At the scene, paramedics reportedly told police that Zalcberg smelled like alcohol. They also found a small bottle of liquor in the vehicle’s console. Using this evidence, officers said they had probable cause to believe Zalcberg was driving while intoxicated.

The Fourth Amendment to the United States Constitution states: “The right of the people to be secure in their persons, houses, papers, and effects, against unreasonable searches and seizures, shall not be violated, and no Warrants shall issue, but upon probable cause, supported by Oath or affirmation, and particularly describing the place to be searched, and the persons or things to be seized.”

So if police had probable cause to suspect drunk driving, they were obligated under the law to obtain a warrant to draw Zalcberg’s blood to test for alcohol. They didn’t, saying they didn’t know they needed a warrant and weren’t aware these warrants could be obtained over the phone. The only way they could get around the warrant requirement is to cite an “exigent circumstance,” also known as an “exigency clause.” In order to satisfy this exception to the warrant requirement, law enforcement must find themselves in a situation involving imminent danger, imminent destruction of evidence, or immiment escape of a suspect.

In 2013, Zalcberg’s attorney submitted a motion to suppress evidence of the blood draw, arguing that police procedure violated her Fourth Amendment right. The judge granted the motion. After the State took this decision up on Appeal, the case finally reached the New Jersey Supreme Court for a decision. The State argued that police were operating in an exigent situation, with a serious motor vehicle accident and a recent change in NJ law and procedure regarding telephonic warrants.

On Tuesday, the Court decided “State v. Zalcberg” with a 5-2 ruling in favor of the State. The majority said the circumstances fulfilled the exigency requirement to conduct warrantless blood sampling on a person suspected of drunk driving in New Jersey. The majority opinion stated, “We conclude that the officers’ lack of awareness of any formal procedure through which they could obtain a telephonic warrant, coupled with their pre-McNeely belief that they did not need such a warrant, suggests there was no reasonable availability of a warrant.”

The two dissenting justices said the officers cannot justify violating the defendant’s constitutional rights because they were simply ignorant of the law. In their opinion, the dissent wrote: “The majority’s finding that a warrantless blood draw was permitted in this case, which involved no true exigency, effectively renders McNeely a nullity and undoubtedly will be cited to justify further end-runs around the warrant requirement.”

The question remains: will law enforcement officers in New Jersey now use a car accident to justify warrantless blood draws on drivers suspected of driving while intoxicated. The Supreme Court majority said no: “Not every automobile accident produces a set of circumstances sufficient to constitute exigency.” Of course, future cases will now be evaluated with this precedential decision bearing some consequence.

Charged with DWI in New Jersey?

As highly experienced New Jersey DWI attorneys, we at The Tormey Law Firm are well-versed in State law regarding drunk driving. In fact, our firm’s founder Travis J. Tormey is among the select few attorneys in New Jersey who have been trained and certified to operate the Alcotest 7110 breathalyzer device, which is used to prove level of intoxication in the vast majority of DWI cases. Additionally, Mr. Tormey worked on two of the most precedential New Jersey DWI law cases in the last 10 years: State v. Holland and State v. O’Driscoll.

We also have a former DWI prosecutor on staff who knows the ways the prosecution tries to prove a DUI charge and uses this insight to help us formulate the most effective defense strategies. Our defense team also includes a former NJ State Trooper who now serves as a private investigator and expert witness. If you have been charged with a DWI in New Jersey, call us now at (201)-556-1570 or contact us online for a free consultation with a skilled DWI defense lawyer.