New Jersey Rules on Out of State Medical Marijuana Reciprocity

Can I get arrested if I have a medical marijuana card from another state in NJ? 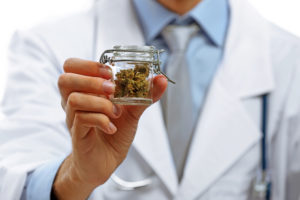 It is important to note that just because you are permitted to possess a certain amount of medical marijuana in one state, your license from one state does not entitle you to carry or purchase medical marijuana when you are outside of that state. As of June 2019, approximately seven or eight states (including Arizona, Arkansas, New Hampshire, Oklahoma, Pennsylvania, Rhode Island, and Washington D.C.) had what are called “reciprocity programs” that honored out of state medical marijuana cards, prescriptions, or licenses under certain circumstances.

In many cases, even states that grant reciprocity for medical marijuana require you to comply with both your home state’s rules and that state’s rules while you are within their jurisdiction. For example, Arizona permits out-of-state licensed patients to use their marijuana while visiting Arizona, but those patients are barred from purchasing marijuana in Arizona. Oklahoma grants a 30-day temporary permit to use marijuana under the terms of an out-of-state license. Pennsylvania has historically restricted reciprocity to visiting caregivers of children who take part in their home state’s medical marijuana programs, at least for marijuana purchases.

Governor Phil Murphy signed a new bill expanding New Jersey’s medical marijuana program on July 2, 2019. According to a press release issued by the governor’s office, this new bill, titled A20, states that:

This law represents a significant expansion of New Jersey’s program, and it affords visiting medical marijuana patients with much more flexibility to continue treating themselves with marijuana in the state.

How Marijuana Arrests Happen with Out of State Prescriptions in NJ

In short, do not take reciprocity for granted. You should carefully look up both the terms of the reciprocity program for the state that you are visiting, including New Jersey, and you should also ensure that you are complying with your home state’s requirements for medical marijuana use as well. And don’t forget, flying with medical marijuana can be complicated by the fact that federal law still criminalizes the possession of marijuana. TSA agents may stop you if they find marijuana in your luggage, which can lead to serious criminal charges. You should consult an experienced attorney if you have been charged with any type of crime involving marijuana in New Jersey. If you need to speak to a lawyer about a marijuana case anywhere in NJ, call (201)-556-1570 for a free consultation from a member of our seasoned defense.

« New Jersey Governor Vetoes Expedited Expungement Bill
Can I Get a DWI under the Legal Limit in New Jersey? »