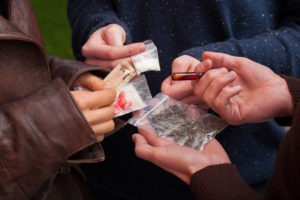 Recently, Morristown police released the names of two (2) people busted a few months ago as part of an investigation into a suspected drug-manufacturing operation.

Police responded to Open Public Records Act requests by releasing a report showing that 18-year-old Cameron B. Broughton and 23-year-old Adam Blitz were arrested for their connection to the drug-manufacturing facility.

Morristown police made the arrests after responding to a noise complaint at a home on Washington Street. At the home, officers saw what appeared to be a drug-making operation.

Mr. Blitz was arrested and charged with possession of a controlled dangerous substance (CDS) and drug manufacturing, in addition to other related offenses. Mr. Broughton was charged with obstruction of the administration of law.

A criminal complaint indicates that Mr. Blitz is accused of distributing psilocybin, the psychedelic compound found in mushrooms.

Maintaining a drug facility is one of the most serious crimes we have in New Jersey as it is graded as a first degree charge. This is punishable by 10-20 years in prison if you are convicted. Under N.J.S.A. 2C:35-4, the criminal code states that anyone who “knowingly maintains or operates” a house, apartment or other facility for the manufacture of certain controlled dangerous substances (drugs) or aids, promotes, finances or otherwise participates in the maintenance or operation of the facility, is subject to not only possession penalties for the drugs in question but also penalties for distribution of those drugs.

To learn more about this case, check out the NJ.com article entitled “Two Arrested in Morristown Drug-Manufacturing Investigation.“