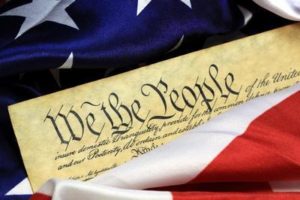 Need a lawyer to file a gun permit appeal for you in Morris County? We can help. Contact us now for a free consultation.

New Jersey law give a tremendous amount of discretion to local police chiefs in determining whether to grant an application to obtain a Firearms Purchaser Identification Card. The law allows such applications to be denied for various reasons, listed in N.J.S.A. 2C:58-3. Once an individual applies for a firearms ID card, or a permit to purchase a handgun, the local police department may either grant the request or deny it. If the chief of police chooses to deny the application, he or she must provide a letter indicating the reasons for that denial. Once the denial letter is received by the applicant, they only have 30 days to appeal that decision to the Superior Court.

In a recent case handled by the Tormey Law Firm, a client was denied a new permit to purchase a handgun, even though he had been granted permits roughly 9 times before and had owned over a dozen firearms since first obtaining a purchaser ID card in 2001. An avid hunter, former federal security guard, and active volunteer firefighter, our client was devastated by this extraordinary governmental overreach. Through use of the overly-broad firearms law, the police decided to tread all over our client’s rights afforded him by the second amendment of the United States Constitution.

After moving to a new town, our client filed for a change of address ID card as required by law and as he had done at least twice before, anticipating that the new card would be issued without incident. Instead, the chief of police denied the application, claiming that issuance of the ID card to our client would not be in the interest of the public health, safety or welfare. Additionally, the police seized all of our client’s firearms while the matter was being appealed.

Christopher Perry of the Tormey Law Firm filed an appeal with the Superior Court on behalf of our client, and the matter was scheduled for hearing. In the days leading up to the hearing, we were able to provide the Prosecutor with various documents that supported our position that the application should have been granted. Finally, on the day the matter was scheduled for hearing, Mr. Perry was able to convince the State to withdraw the denial of our client’s application. This resulted in the new ID card being issued and the immediate return of our client’s firearms.

The right of New Jersey citizens to own firearms is under constant attack, despite the fact that New Jersey already has some of the most restrictive laws governing gun ownership in the entire country. If you or someone you know has been denied a firearms ID card or permit to purchase a handgun, the time in which to appeal is ticking. Do not let your rights be infringed, call the Tormey Law Firm immediately for a no-cost consultation about your case at 201-556-1570.